Just twelve months after taking home the Talent of the Year award, Remco Evenepoel was elected Belgian Sportsman of the Year following a stunning neo-pro season that saw him claim five victories. Remco, who joined the Wolfpack after a spectacular year in the junior ranks, opened his successful campaign by finishing atop the general classification at the Belgium Tour, in early June, before claiming a spectacular stage victory at the Adriatica Ionica Race.

Summer brought more phenomenal results for the 19-year-old – who became one of the youngest riders in history to win a one-day race when the attacked from the distance at Clasica San Sebastian and held off an entire peloton – a victory to which he then added a resounding European ITT Champion title. One month later, Evenepoel closed out his season in the United Kingdom, where he time trialled to silver at the World Championships.

“It’s unbelievable. I don’t have words for it. In 2018, I won the Talent of the Year award, now I’m Sportsman of the Year after my first season as a professional rider. It’s crazy, an incredible feeling”, a visibly emotional Remco said at the gala held in Schelle, where he collected the award voted by Belgian sports journalists. “I understand this raises expectations for the upcoming season, but I think I can handle it. My parents taught me to deal with that. The more people expect of me, the better I perform it seems. And with my team, my family, my girlfriend, and Patrick Lefevere I always have the best people around me to support me.”

Evenepoel, who at the beginning of the month won another prestigious trophy, the Kristallen Fiets, outlined his objectives for next year, his second with Deceuninck – Quick-Step: “Meanwhile, my training is going really well and I’m on schedule. I have four main goals for 2020: Liège- Bastogne-Liège, the Olympic Games, the World Championships, and Il Lombardia. I know I set the bar really high and I know I can’t win them all, I’m not saying I’m going to do that. But these are all races of a very high level, races I’m quite fond of and I am keen on trying and giving it my all there for the team.” 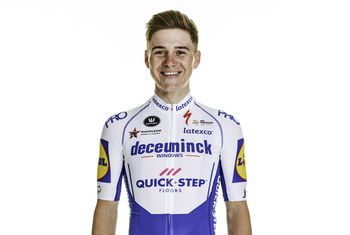 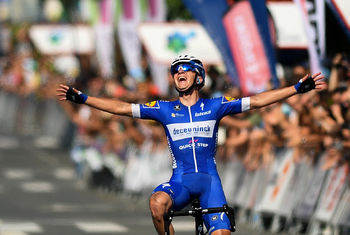 Remco Evenepoel extends with Deceuninck – Quick-Step until end of 2023