Julian Alaphilippe and Remco Evenepoel will kick off their season this Sunday, in Argentina.

Since Vuelta a San Juan gained 2.1 status in 2017, Deceuninck – Quick-Step won a total of nine stages with four different riders. Most recent to taste success there was Julian Alaphilippe, who last year captured two victories on his way to finishing second overall at an edition remembered also for Remco Evenepoel’s spectacular display that netted him 9th in the GC and the best young rider’s jersey.

Both will return at the start of the Argentinean race, which takes place between 26 January and 2 February and should be again decided by the 15km individual time trial in Dique Punta Negra and the long climb to Alto Colorado, that will take the peloton to an altitude of 2 565 meters.

Joining them will be Alvaro Hodeg, who will make his first outing since a crash in the Tour de l’Eurometropole put a premature end to his 2019 season, Pieter Serry, Omloop Het Nieuwsblad and E3 Harelbeke reigning champion Zdenek Stybar and new recruit Bert Van Lerberghe.

“It’s the classic Vuelta a San Juan parcours, one that will present plenty of opportunities to the sprinters, and we hope Alvaro will be one of those in the mix for victory on the flat. We’re not saying that we are going for the GC, but in Julian and Remco we have two riders who did good in the overall classification last year and that makes us confident they will get again good results”, said sports director Davide Bramati. “We won many times in Argentina and we don’t want to break this beautiful tradition this year, when we come to the start with a strong squad capable of fighting for stage victories regardless of the terrain.” 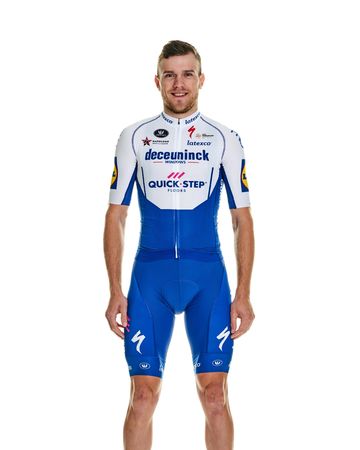