Our rider came close to his first victory of the season at the end of a brutal 154km stage held around Paris’ suburbs.

Lying to the southwest of France’s capital, the small town of Plaisir hosted the start of the 78th Paris-Nice, but it wasn’t the most pleasant of welcomes, the soaking rain, cold temperatures and strong crosswinds changing the nature of the race, which was heavily impacted by the conditions. The lurking danger of echelons prompted several teams, including ours, to hit the front of the peloton early and chew into the escapees’ advantage, and at the same time, split the bunch into smaller groups.

The race came back together ahead of Côte de Neauphle-le-Chateau, which gave the riders a preview of what was to come in the business end of the stage, but it was only a short lull in proceedings, the bunch exploding again as soon as they entered the open roads of the Yvelines department. The peloton was blown to pieces with 50 kilometers to go and several groups got scattered all over the road. Julian Alaphilippe, Kasper Asgreen and Zdenek Stybar were among the 16 men to book a place in the front, and it was from there, on the short rise to the day’s first intermediate sprint, that Alaphilippe got out of the saddle and took Tiesj Benoot (Team Sunweb) with him for company, in an instant opening a decent gap over the chasers.

It was a tall order for the duo to stay at the front on the undulating terrain, but the two continued to soldier on nevertheless, braving the rain and extending their advantage to 45 seconds, before the peloton got organised behind and turned on the gas. On the partly cobbled climb of Côte de Neauphle-le-Chateau, the margin of the leaders began to tumble and despite several accelerations of Julian, they got caught by two chasers some three kilometers from the finish. 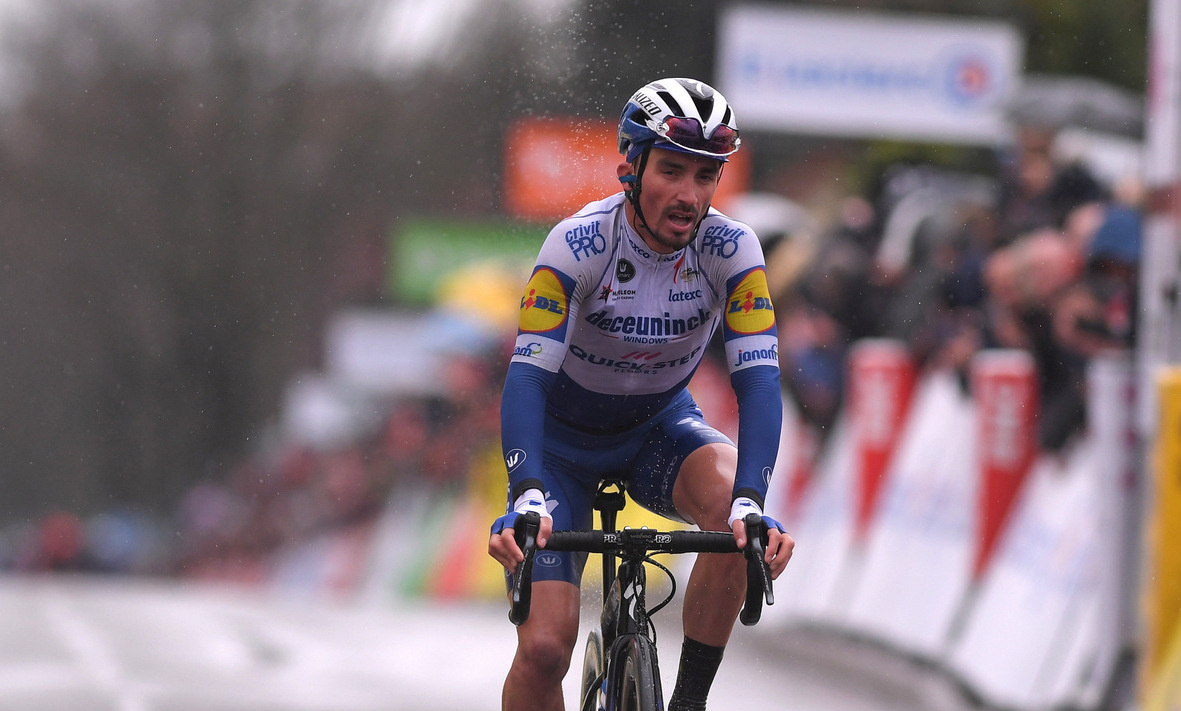 Struggling with the cold, Alaphilippe still had enough left to shut down two dangerous late attacks and make sure it will be a four-up sprint in Plaisir, but this admirable effort finally took its toll in the last 500 meters and he couldn’t contest the victory, which went to Maximilian Schachmann (Bora-hansgrohe). Fourth on the line after this tough and energy-sapping stage 1 and with six bonus seconds in the bag as a result of the two intermediate sprints which he won, the 27-year-old Deceuninck – Quick-Step rider saw the glass half full at the end.

“My attack wasn’t planned, our only plan at the beginning of the day was to remain focus and at the front, as we knew the crosswinds could wreak havoc, which they did. When the peloton exploded, I found myself in a very good position together with Kasper and Zdenek, and then I just went for the bonus seconds and once I opened a gap, I kept going. I worked well together with Tiesj, it’s a pity he stopped collaborating on the last climb and the others joined us. For my part, I wanted to give my best until the finish, but it was really difficult with the cold. Still, I am not disappointed, but quite happy, because this stage showed that I have good legs and I’m gradually improving my form”, said Alaphilippe, who lies just seven seconds off the overall lead. 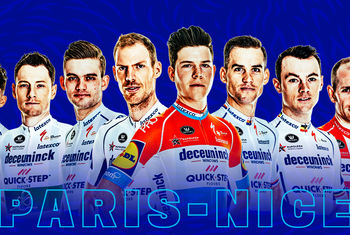 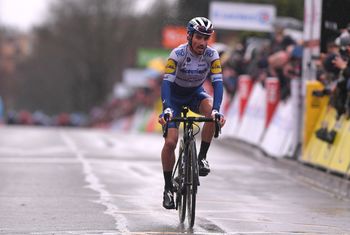