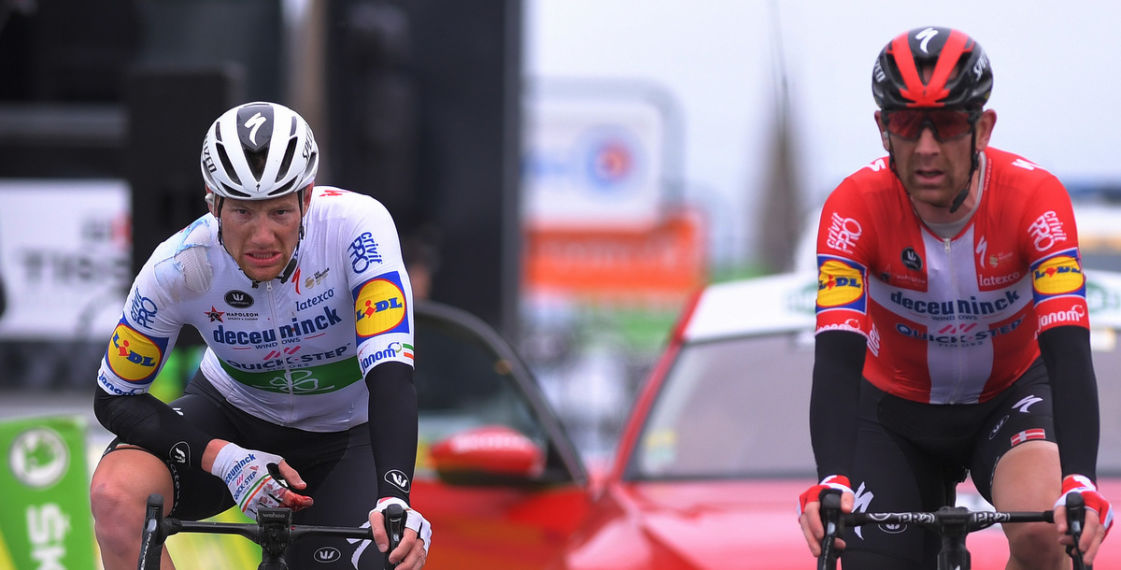 Bad luck for Bennett in Paris-Nice 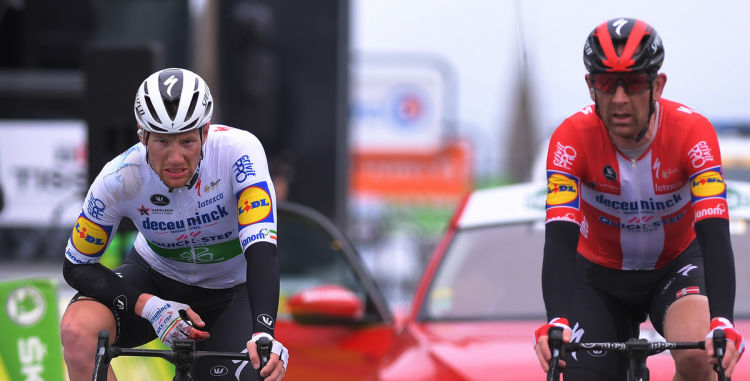 Bad luck for Bennett in Paris-Nice

The Irish Champion couldn’t contest the bunch sprint at the end of the long stage 3, after a rider crashed into him on the run-in to the line.

For our team, the history of Tuesday’s stage – the second-longest of this edition – was written inside the last 200 meters, on the uphill drag to La Châtre, a town which in the past had played host to finishes at the Tour de l’Avenir and Tour de France: just as he was preparing to launch his sprint, Sam Bennett was shoved into the barriers by Hugo Hofstetter (Israel Start-Up Nation) and went down, where he remained for a couple of minutes, before eventually crossing the line surrounded by his teammates and in pain.

Before that happened, the Deceuninck – Quick-Step boys had been more than prominent at the front of the bunch, controlling the breakaway with the one and only Tim “El Tractor” Declercq and splitting the field in the crosswinds thanks to some massive accelerations of Julian Alaphilippe, Bob Jungels and Yves Lampaert, while at the same time protecting and keeping the Irishman in a good position as things became more and more scrappy.

One of the main favourites on what was going to be the first bunch sprint of this year’s Paris-Nice, Bennett was up there in the tense and aggressive finale, but that incident stopped him from fighting for the win. After the stage, Sam was examined by the Deceuninck – Quick-Step medical staff, and fortunately, it was soon revealed that he hadn’t sustained any fractures, just a gash in one of his right hand fingers, which required four stitches.

“I lost some skin and needed those stitches, because when I went into the barrier, I hit the metal part, but luckily, everything else seems pretty ok. In the beginning, as I was lying on the road and there was a bit of shock, as I had no idea how serious it was, but it’s a good thing nothing is broken. I will continue the race and start Wednesday’s individual time trial. I’m quite happy it will be a short stage tomorrow and I hope things will turn around for me at some point”, a confident Bennett said at the team hotel. 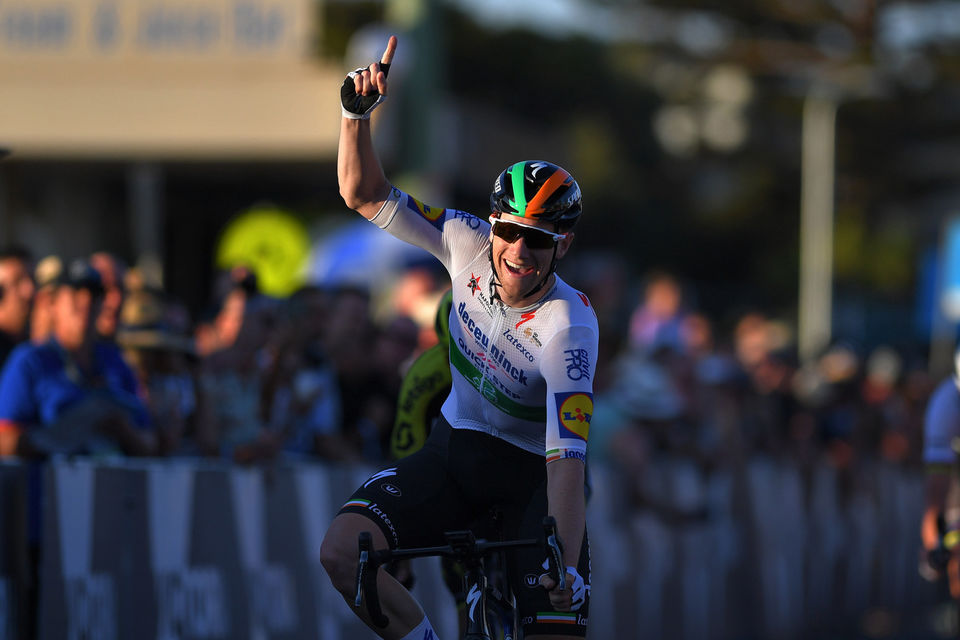 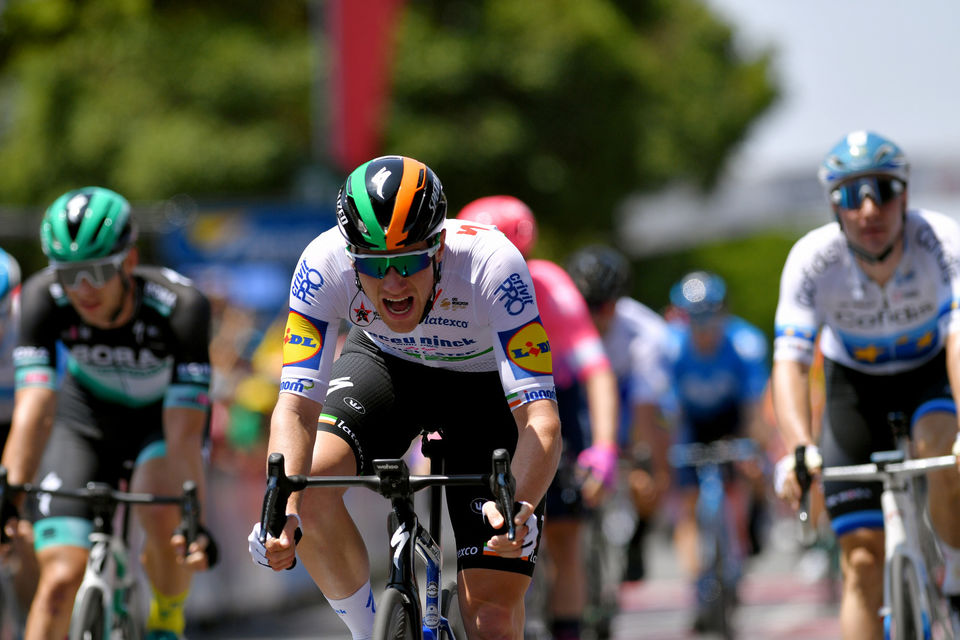 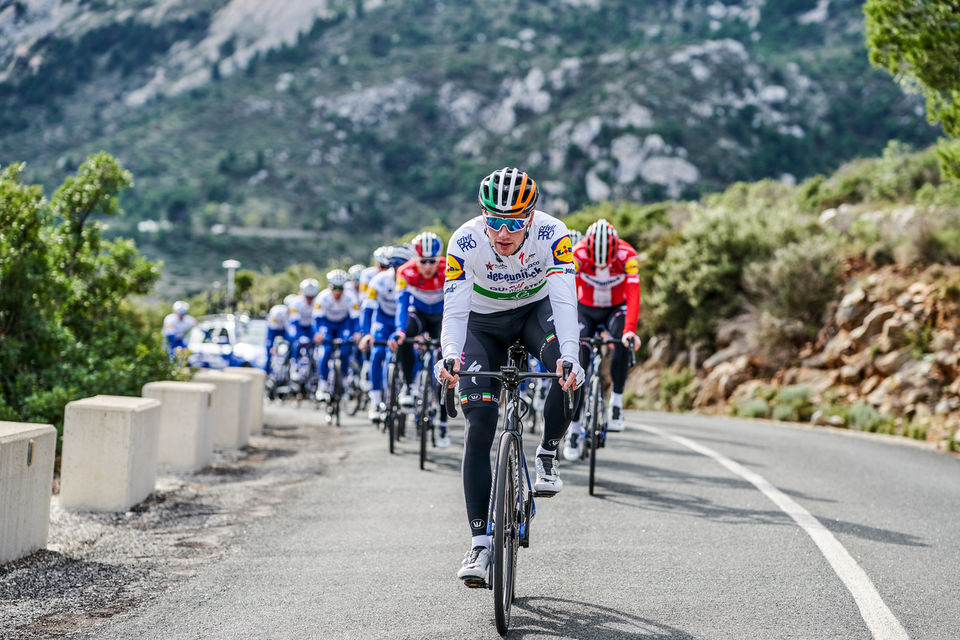 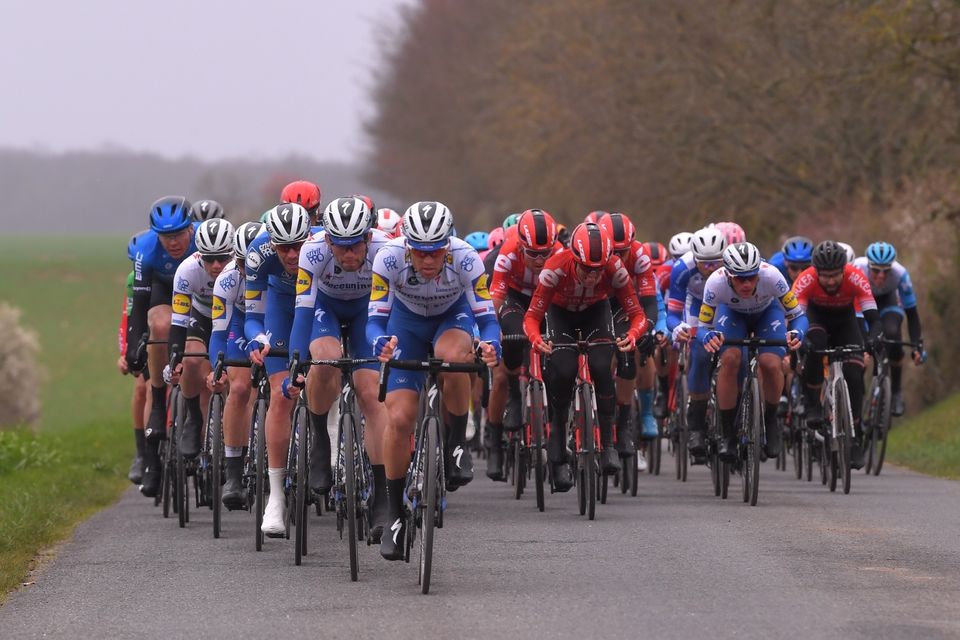