The reigning E3 Harelbeke champion talked of his 2019 victory and coping with the pause that abruptly hit the cycling season.

One year ago, Zdenek Stybar became the first non-Belgian rider in more than three decades to win both Omloop Het Nieuwsblad and E3 Harelbeke in the same year, after another tactical masterpiece from Deceuninck – Quick-Step. His two victories in the space of just four weeks contributed to another magnificent spring campaign for our team, who dominated again the cobbles, putting a stronghold on almost all the pavé races from the end of February until mid-April.

Entering his tenth year in the colours of Deceuninck – Quick-Step, Stybar was poised to be again a key protagonist in the one-day races he loves so much, especially after enjoying a strong start to the season at January’s Vuelta a San Juan, where he spectacularly captured a stage victory following another canny trademark attack. Unfortunately for the entire cycling community, the coronavirus pandemic put a stop to the season for an indefinite period, cancelling or postponing many events, including the one-day races, our squad’s bread and butter, and sending the riders into confinement.

While at home, where he divides his time between his family and staying fit, the 34-year-old Czech talked of his 2019 Spring Classics campaign – his finest yet – and dealing with this climate of uncertainty that has surrounded the entire world and the impact it has had so far.

Zdenek, one year has passed since your E3 win. How important was that success for you?

It’s unbelievable how fast time flies. Now that I think of it, it feels like it was yesterday. What I can say is that it was one of my nicest victories, because E3 Harelbeke – besides being a hard event – is one of the most important and beautiful races on the calendar, one which I had always dreamed of winning.

Looking back, how was that race?

Everything fell into place that day. After doing Strade Bianche, Tirreno-Adriatico and Milano-Sanremo, I knew I had good legs, but you also need some luck, which this time was on my side, as everything went smoothly. Our team came into the race with a plan and we executed it perfectly. Before the Stationberg, I told Bob to just attack if he felt strong, and his move was an important one, as it allowed me to just follow the other riders. Of course, they didn’t give it to me for free, as they tried to put me in the wind, but I felt very good and could respond to their manoeuvres. When we caught Bob with just a couple of kilometers to go, he still dug deep and worked for me, and his help was instrumental in the victory I got. I will never forget this and I hope that one day I will repay him for that. 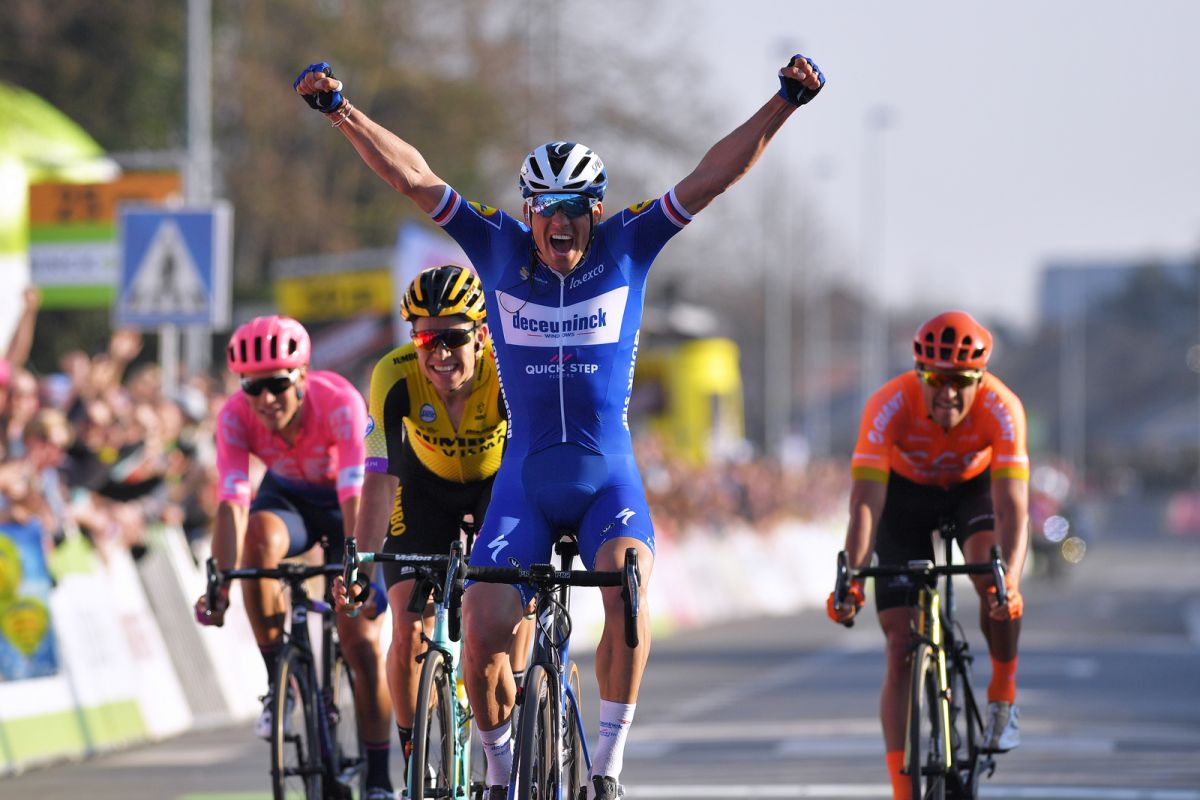 By becoming the first non-Belgian rider in 38 years to conquer both Omloop and E3 in the same season you wrote a small page of history.

It’s an honour to achieve something like this in these revered Belgian races and it makes me quite proud. Now when there’s no more racing, I appreciate it even more. Who knows, maybe one day I will become the first rider to win Omloop Het Nieuwsblad and Ronde van Vlaanderen in the same year, that would be something!

Normally, today you should have been on the cobbles, defending your title.

That’s true. I worked very hard for this and tried to be in the best possible shape for this period of the season, just like the other riders who trained to reach their peak for these races. My winter was very good, I got that early win in Argentina, I was hungry to race and obtain good results, and in Paris-Nice I felt that my condition was good and on an upward trajectory. That made me super confident that Flanders and Roubaix would find me in one of the best shapes of my life. Now, sadly, it’s all gone and all that we can do is keep the hope things will return to normal soon.

Is it difficult to cope, from both a mental and physical point of view, with this situation and the uncertainty?

To be without races it’s harder than I thought. Physically, not so much, but mentally it’s not easy. I was really looking forward to these weeks on the cobbles and right now I should have been on the top of my game, but nothing is left now and all I can do is try to adapt to that. Of course, I continue to train, although I don’t put 200km rides anymore, but training without any goals is very difficult and frustrating. At the same time, this gives you a whole new perspective and you understand it’s not about cycling anymore. It’s about the real life and there were so many people who got hit harder by what’s happening now, and it makes you think about them and how the whole world struggles.

You understand that it goes beyond sports and how important it is in this kind of moments to help each other stay strong and overcome these tough times, be it with a small gesture or a kind word, which at the end of the day can mean the world to them and make the difference.

What are you doing to fill your time?

Like I said, I am training every day alone, because I don’t want to lose the rhythm. I don’t want to stop, so I train to keep the shape as much as I can. Other than that, I spend more time with my son, which is really nice. Usually, I have a suitcase with me all the time, but now it’s gone, I’ve put it in the basement, and it’s kind of strange not to see it in the house. But, as I said, being at home has its advantages and I am enjoying the time I get to spend with my family, which I am grateful for, while keeping the confidence that racing will resume sooner, rather than later, this year.