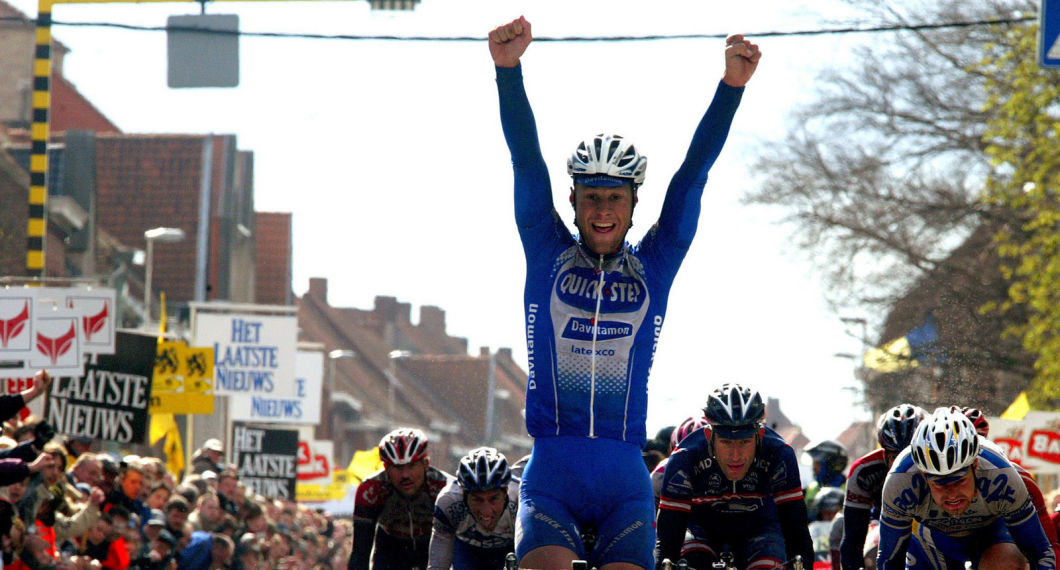 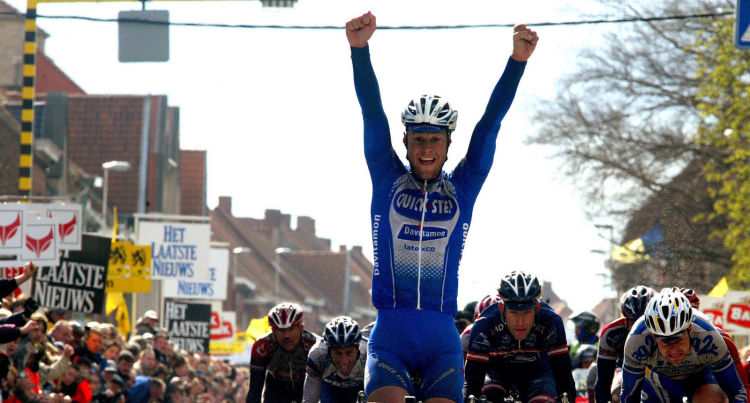 On the last Sunday of March, we revisit our wins at the prestigious Belgian Classic.

Tom Boonen called quits on his spectacular career in the spring of 2017, after more than 16 years at the highest level, during which he established himself as the best cobblestone rider in history. Of his nearly 20 victories on the legendary pavé which have put a spell on so many generations of riders and fans, three came at Gent-Wevelgem, one of the most prestigious one-day races outside the Monuments, and one that also has a special significance to the team, as it finishes in the town where Deceuninck – Quick-Step is headquartered.

Boonen’s breakthrough result came in his first season with the squad, when he finished on the podium at his just second outing in the event created back in 1934. One year later, he converted promise into achievement as he continued to take his racing to another level, overcoming two punctures and blasting past all his opponents after a monster lead-out of Johan Museeuw, en route to claiming his first ever victory on the cobbles, at the 66th edition of Gent-Wevelgem. 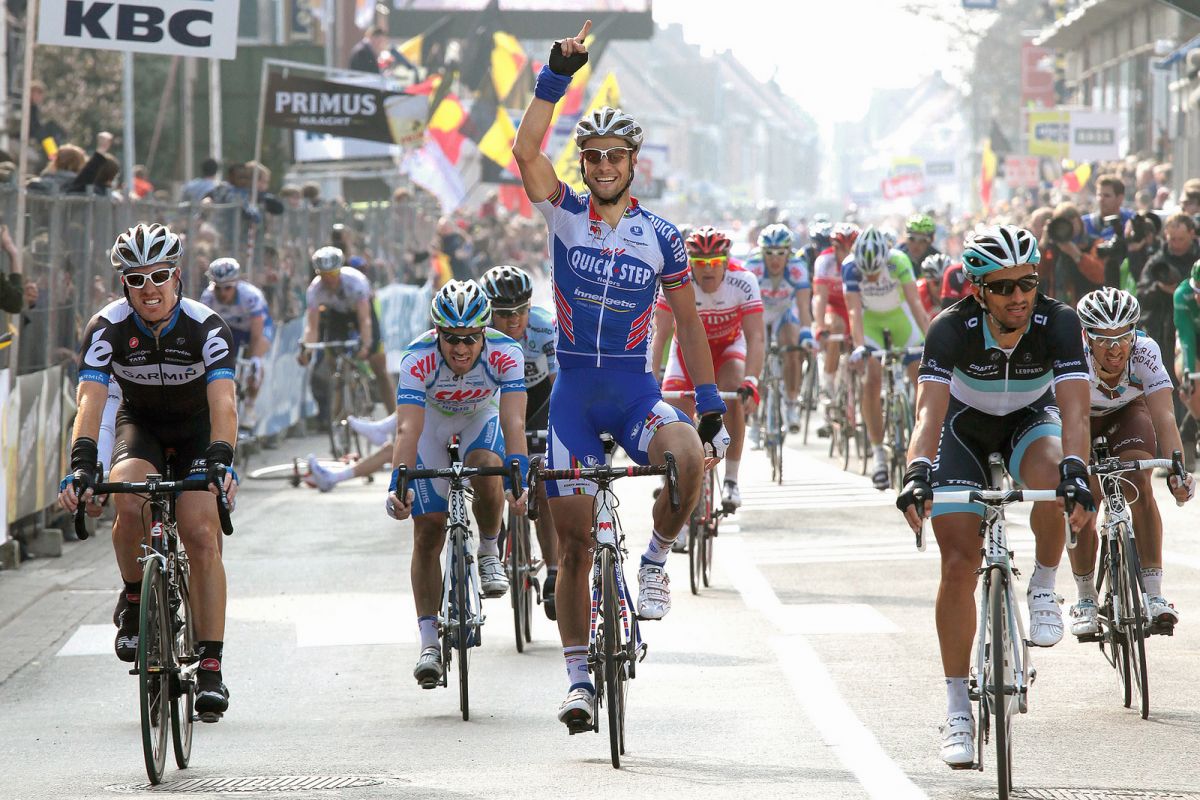 A generational talent, a cobble-eater, an architect of glorious moments, Tom began from that day to build an astounding record in the one-day races and create an extraordinary legacy, which he enhanced season after season in the races which he quickly become eponymous with. A multiple Monument winner by 2011, he lined out at the start of that year’s Gent-Wevelgem as one of the outright favourites, and the Belgian didn’t disappoint, although the race was no stroll in the park.

A mechanical just before the first climb of the day forced him to spend valuable energy in order to rejoin the peloton, who travelled at crazy speeds as it tried to bring back the numerous attacks that came from those who wanted to avoid a bunch sprint at all costs. Eventually, after many frictions, a mass gallop decided the winner, and despite the early effort, Boonen still had enough to perfectly time his acceleration as he came off Gert Steegmans’ wheel, taking his most prestigious victory of that season. 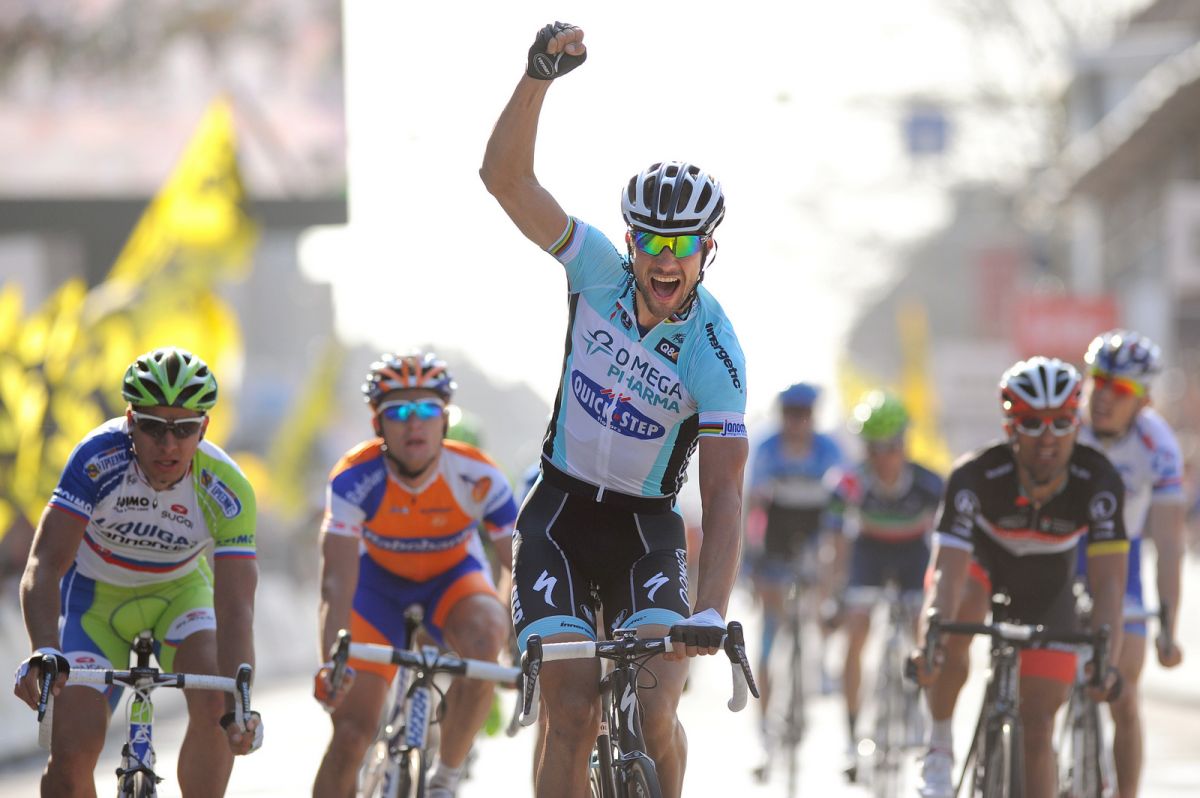 One year later, another well-executed sprint, this time into the strong headwind, brought the defending champion his last victory at Gent-Wevelgem, which saw him etch his name on the trophy for the third time and thus draw level with the likes of Rik Van Looy and Eddy Merckx, other triple victors. It was Tom Boonen’s second win in just three days, after E3 Harelbeke, a performance which hinted to his phenomenal victories at Ronde van Vlaanderen and Paris-Roubaix over the next two weekends – a tremendous streak not seen before him, or since, for that matter – that added sheen to an already glistening career.