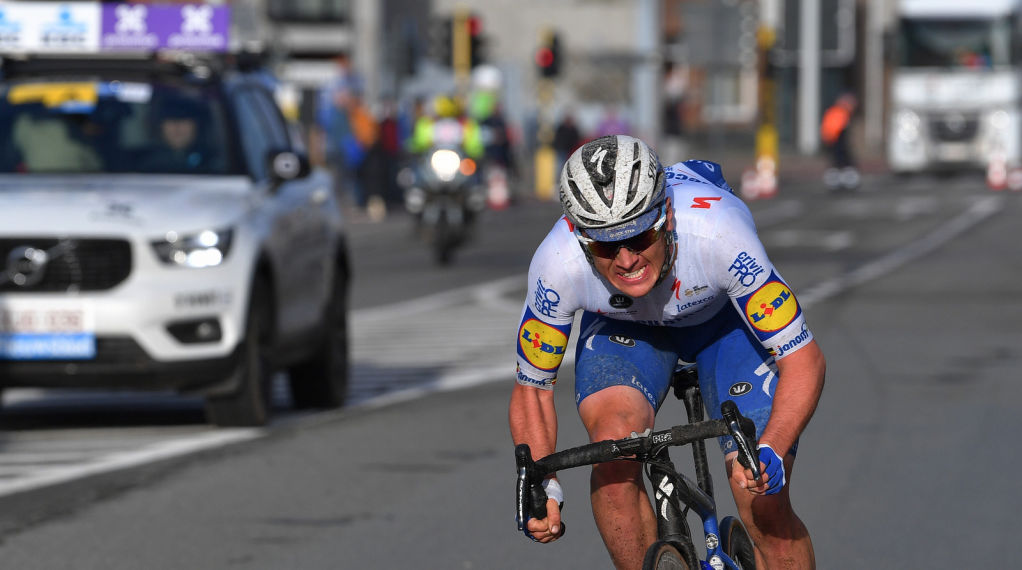 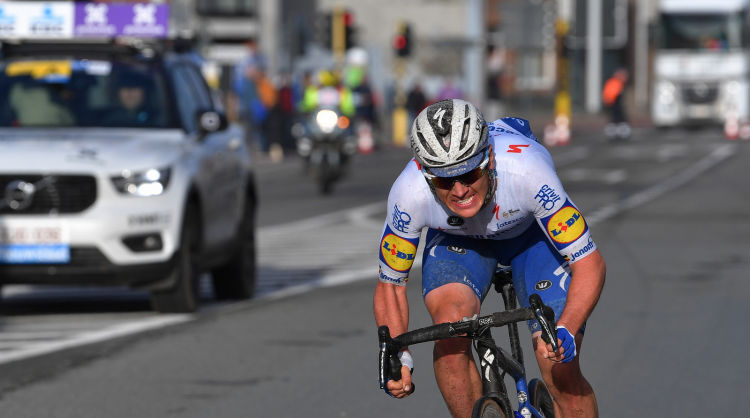 The former Belgian Champion expressed his thoughts on the importance of the race, its absence and Sunday’s virtual edition of Flanders.

Unquestionably one of the main attractions of the year, Ronde van Vlaanderen is more than one of cycling’s most sought after races. It’s also a national obsession, an event where champions are born and legends are forged, with Flanders’ demanding bergs offering the perfect backdrop for some epic fights between those vying for glory.

Created in 1913 and held without hiatus since 1919, Ronde van Vlaanderen is also a race deeply ingrained in the DNA of Deceuninck – Quick-Step, our team being the most successful in the modern era, with seven victories since 2005. In normal circumstances, on Sunday we would have targeted another win at what should have been the season’s second Monument, but as you all know, things have changed in the past weeks, forcing everybody to adapt to what at the beginning of the year would have been an unthinkable scenario.

But even so, we try to make the best out of the worst and give our fans something to soften their disappointment of not having any Classics this spring. That’s why we talked recently with cobblestone specialist Yves Lampaert about the Ronde van Vlaanderen, its place in the Belgian culture and its main attractions.

Yves, what does De Ronde mean for a Belgian?

For me and for many others, it’s not just the biggest goal of the year, it’s our very own World Championships, as it carries the same significance and prestige. It’s the day an entire country stands still, a national day which draws hundreds of thousands of roadside fans, who want to see the peloton pass even if it’s just for a brief moment. De Ronde is part of our identity, it’s something that defines us.

Do you remember the first edition you saw live on TV?

Not really, but the race which is the most vivid in my memory from when I was a kid is the one Tom Boonen won as World Champion. That gave me goose bumps, it was truly inspiring. 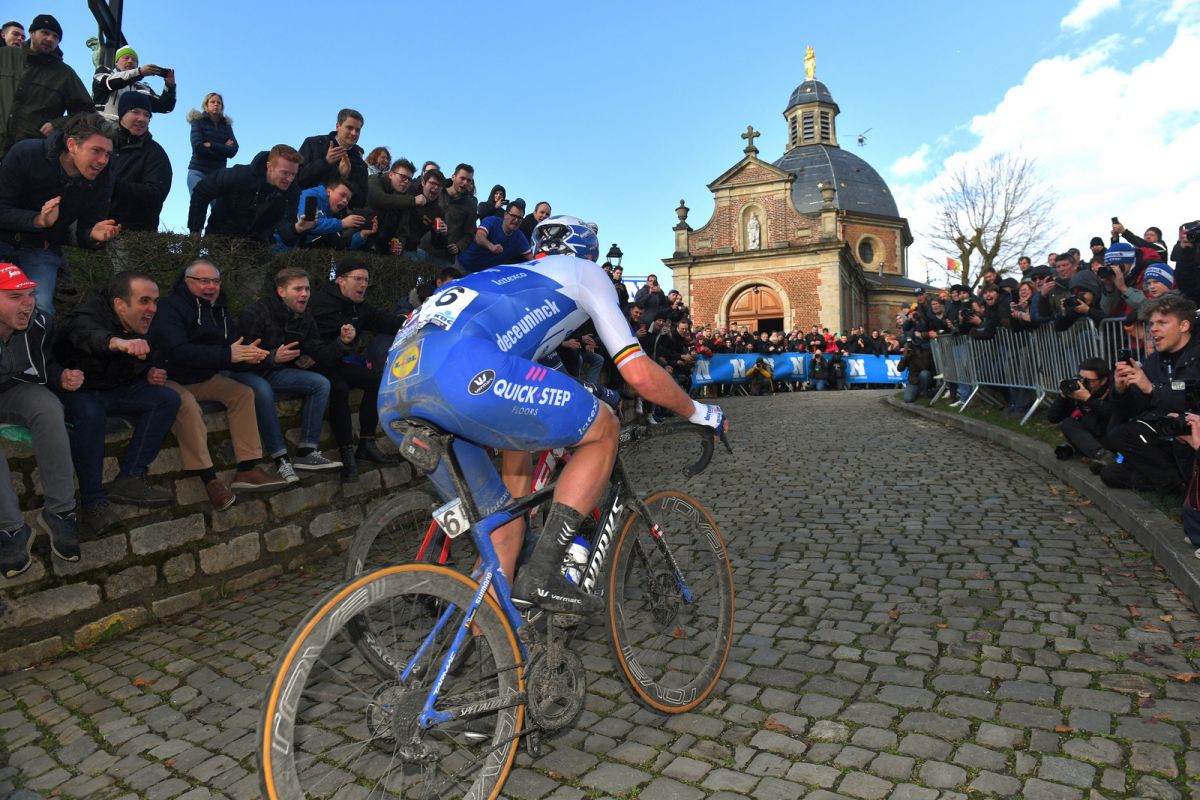 How was your debut at the race?

It wasn’t easy. I was in my second year as a pro, and had a puncture, then managed to come back in the peloton, only to crash pretty hard just before the second time up the Oude Kwaremont. But overall, I still enjoyed that day. That’s the thing about Flanders, you have a love-hate relationship with it. Last time up the Oude Kwaremont and Paterberg is one of the hardest moments of the cycling season and it makes you suffer and dig really deep, but on the other hand, just being on the start line gives you a lot of pride and getting to enjoy that fantastic atmosphere makes you want to give 110%.

Talk us through the iconic climbs of the race.

Well, you have the Muur-Kapelmuur, which despite featuring early on the course, stirs things up, making everybody nervous, because they all know you’ve got to be in a good position there, as almost every year something happens on that hill. Then, with around 50 kilometers to go, you take on the Koppenberg and its uneven and gruelling cobbles. It’s the steepest climb in Flanders, it’s also very narrow, and you’ve got to do it at your own pace. Another hot point of the race is the Oude Kwaremont, which is also my favourite climb. Steep in the beginning, then a very fast middle part, and again quite steep towards the top. If you are good on the Oude Kwaremont, you will be good also on the Paterberg, which has a 100m section at around 22%, where it’s really important to put in a really good effort, while being careful not to blow up.

How does it feel not having De Ronde this year?

It’s more disappointing by the day, as we get closer and closer to Sunday. I talk with my neighbours about it and knowing there will be no race this weekend makes you understand how strange everything is. On the other hand, people’s safety is the most important thing now, and all you can do is hope this whole situation will soon pass and we’ll get to race again this year. What helps a bit is knowing we’ll have the Virtual Ronde van Vlaanderen on Sunday, which although it will be very different, still motivates you to do good. 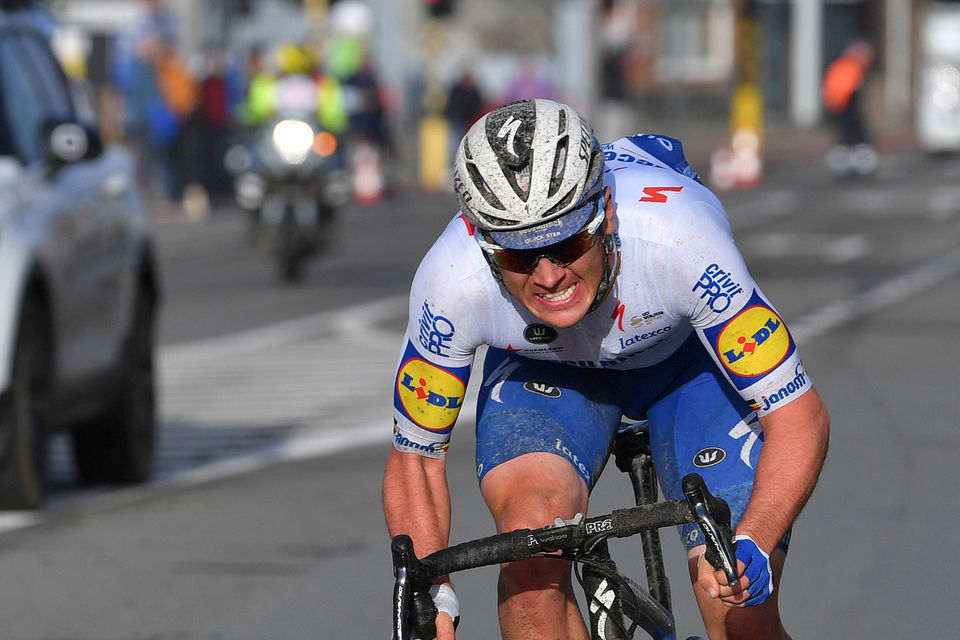