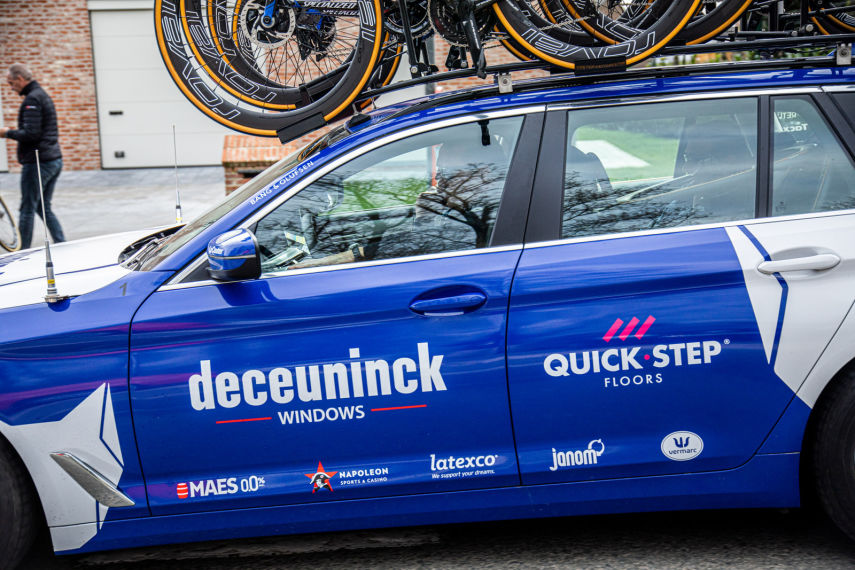 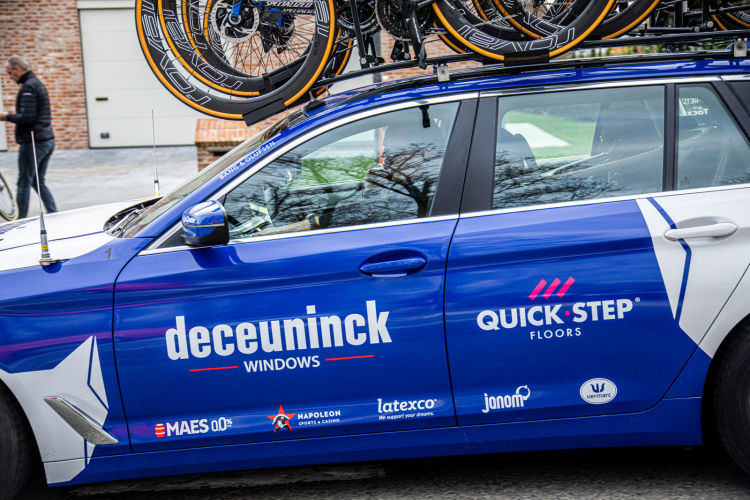 Deceuninck – Quick-Step’s sports directors speak about pain and suffering in their days as pro riders.

Stage 11 of the 2001 Tour de France, a 32km individual time trial from Grenoble to Chamrousse. It’s the day I suffered the most on a bike. Ok, stages against the clock had never been my cup of tea and whenever we had one in a Grand Tour, I was extra nervous, but on that day, I felt immediately after the start that something wasn’t right, I just didn’t have the flow and began panicking. Several riders passed me, and when the third one did it, I was sure that I wouldn’t make the time cut. I began thinking that maybe something was wrong with the bike or maybe I had done a mistake while warming up, there were all kind of thoughts running through my head as I continued to push hard on the pedals. My team were encouraging me from the car and I tried to do my best, but I ended up being passed by eight riders and losing 22 minutes, which is what I would normally concede on a medium mountain stage. It was a terrible, terrible day, and I wasn’t myself after the stage – which I finished last – at the dinner I was all quiet and sad, as I was 100% sure my Tour ended there. But later that evening, the organisers sent their press release, and saw that for 13 seconds I was inside the time cut, and that brought me a huge relief.

I believe the worst race of my life was the 1996 Tour de France. Sure, my roommate and fellow Dane Bjarne Riis won the yellow jersey, but when we arrived in Paris, I just knew that it was my last Tour as a rider. It was a very hard race, but stage 10 was my personal nightmare. It all started after the dinner we had following the completion of stage 8, when I got food poison. I couldn’t sleep the entire night, as I threw up several times and had a bad stomach. Stage 9 came in the form of a mountain time trial to Sestriere. My teammate Christian Henn started the stage six minutes behind me, caught me, waited for me and pushed me in the dark tunnel, and eventually I made it to the finish. I came into stage 10 after two days without food, the day was almost 210 kilometers in length, it was boiling-hot and the speed of the peloton was crazy. Every time I took a sip from my bottle, I threw up and ended up riding more than 200 kilometers without a single drop of water. My body was empty like never before, our doctor wanted to take me out of the race because I didn’t sweat anymore, I was dehydrated, but you know the saying: “You don’t quit the Tour if nothing is broken”. I made the time cut in Gap and then continued to fight every single day, but I knew it was my last Tour as a rider. After the 1996 Tour de France, something broke inside my body and I could never again in my career reach top shape.

Definitely, the 2011 Giro d’Italia. Your first Grand Tour is always special, and it was in a way, but it also ended up being a tough one. I scored two top 10 finishes, and it was nice, especially as I had a good form following a strong Ardennes Classics campaign, but then we suddenly lost Wouter Weylandt, and emotionally it became very hard. Because of everything that happened, stage 15 – which featured five really hard climbs – found me pretty empty and struggling. I had a bad night before, I couldn’t sleep and was thinking about quitting, especially as it would have meant to take on a tough mountain stage for the third day in a row. My body was super tired, but eventually decided to start and with the help of Michiel Elijzen, my sports director back then, who gave me a lot of mental talk during the stage and a bottle whenever I needed one, and of my teammates, who were there for me, I could finish the stage, and from then, go on and complete my first Grand Tour. 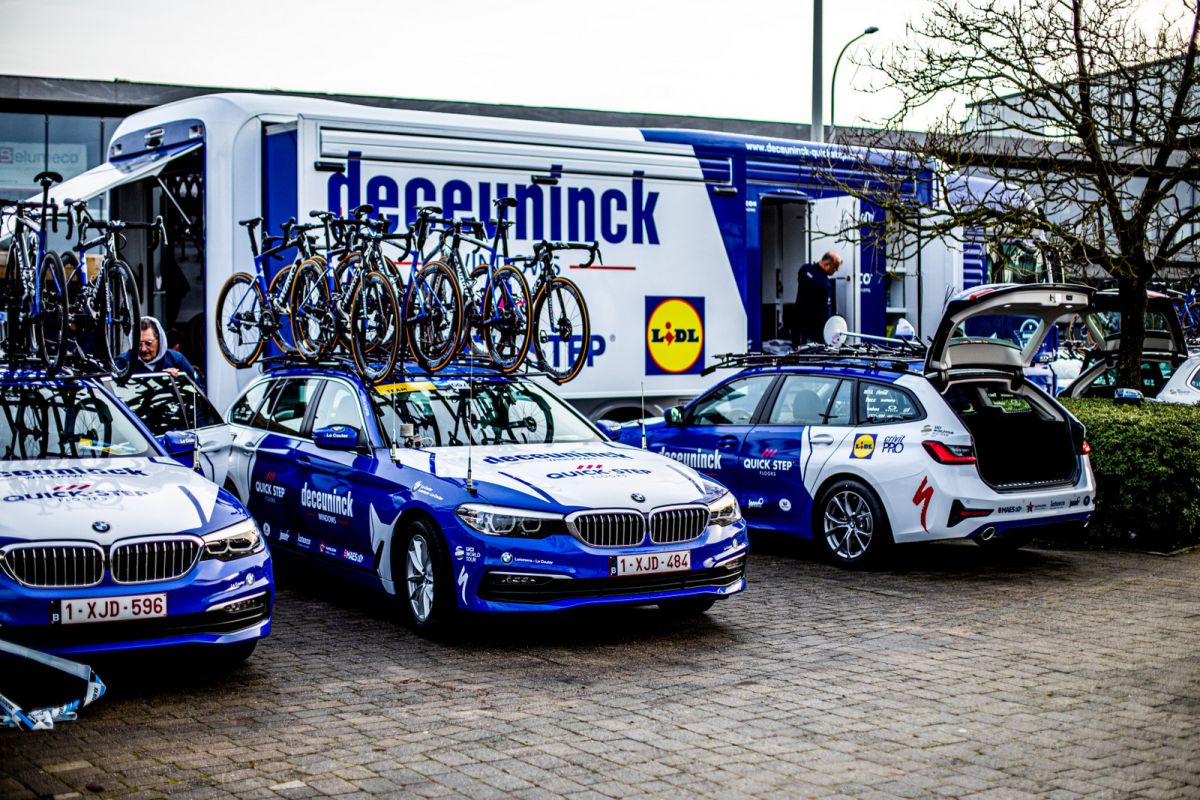 I have to say the entire 1994 Tour de France was very tough, but if there’s a day that stands out, that’s stage 15, when we took on the Mont Ventoux en route to Carpentras, where Eros Poli won from the break. That season had been a very demanding one and by that point it began taking its toll on me. I remember that on that day – which came around two weeks after our success in the team time trial – I was completely empty, empty in my legs, empty in my entire body. I was dropped and was alone, only with Patrick Lefevere, my sports director back then, with me, and his encouragement helped me make it into the gruppetto and finish inside the time cut, some 40 minutes down. The next day, Alpe d’Huez was on the menu, and despite starting the stage, I had to stop it. It was my fifth Tour de France and the first and only time I abandoned.

I’ll go with the 1999 edition of Gent-Wevelgem 1999, especially due to the mental battle that I had to win in order to conquer that race. Back then, the race was sandwiched between Flanders and Roubaix, and I remember how hard that day was, with crosswinds, rain in the last hour and a big battle at the front. The big thing about that edition was that after the second time over the Kemmelberg, we still had around 35 kilometers to the finish line. Luckily, I had Wilfried Peeters and Johan Museeuw for company, and they put in a sterling effort to control the race. I just rode behind them and didn’t dare look back, didn’t know what was happening and that the peloton had been blown to pieces into the wind. When you think about it, the finish wasn’t that far away, but it seemed like an eternity to me, as I was feeling a lot of pressure to win the race and was incredibly focused on getting everything right. I had these two great guys there and they were turning themselves inside out for me, so I just knew losing wasn’t an option and always kept in mind what I had to do. Coming into the last kilometers, my sports director, Patrick Lefevere, told me to move a few places down in the peloton and assess my opponents, and that helped a lot. Eventually, it came down to a bunch sprint, and even though I had to close a small gap on the right side of the road, on a narrow bike path, I still managed to pull it off, which made me very happy. Physically, every race is hard, but on some occasions, also mentally is really difficult and that can make the difference at the end of the day.

The hardest race I ever did was Le Tour. It happened in 2000, which was a special year for me. I finished second in Kuurne-Brussels-Kuurne, second in E3 Harelbeke, and then won Gent-Wevelgem. It was my best season and I was confident I could ride a strong Tour de France, despite not doing the race before. Of course, I had ridden the Giro and the Vuelta, but as with every rider, the Tour was my dream and I was really looking forward to it. I did two stage races before Le Tour and fell sick on both occasions, which meant going home, taking antibiotics, recovering, then returning to racing, getting ill again, more antibiotics, and all this hampered my preparation. There was a question if I should go to the Tour or stay home, but I made the choice to ride it, as I would normally became better towards the end of a stage race and I remained optimistic also this time would be the same, but the thing is that this race is completely different and many times you are forced to go really deep. The most gruelling day came on stage 10, to Hautacam. It was raining that day and I was the first rider to be dropped, but kept pushing and I saw one rider in front of me, so I thought if I could join him, together we would make the time cut. That rider was Frank Vandenbroucke, but he stopped and went into the car. Then I saw another guy, bridged across, he too stopped. I continued to give it my all, made it to three riders, but they soon retired as well. Despite all this, I was determined to finish the race, so kept going and going, and heard people from the side of the road telling me that I was just five minutes behind the peloton. I rode full gas and finally made it into the gruppetto, which was a relief. But for the rest of the race I made calculations where I would be dropped and what was the time cut, so it was a struggle, especially after crashing on the stage to Mont Ventoux. Nevertheless, I arrived on the Champs-Élysées, where I even attacked. It was nice to conclude the race, but for my body the whole experience wasn’t a good one and I learned that if you’re not in a solid condition for a Grand Tour, then you’ll suffer a lot.

In 1993, I started my fifth consecutive Tour de France, without knowing what lay ahead and that it would prove to be my last Grand Tour appearance. My worst day came the day before I had to quit the race and return home, as I received some very troubling news. On stage 11, which took place between Serre Chevalier and Isola 2000, I unpinned my number and jumped into the car, because my daughter was in the hospital and she needed urgent treatment, and for this to go ahead, the doctor needed the signature of both parents. At the same time, my wife was pregnant with our second child, so you can imagine how tough that entire period was, but fortunately we managed to overcome this together.