The 29-year-old was one of the three members of the Wolfpack to participate in Race 2.

Four laps of a rolling 11.5km-long circuit around Frauenfeld awaited the Digital Swiss peloton Thursday afternoon, when Deceuninck – Quick-Step’s Sam Bennett, Rémi Cavagna and Michael Mørkøv – with the help of their Tacx NEO 1 trainers – took on the second appointment of this series.

At the end of the day, the Irish Champion was the one who provided the full lowdown on how things went: “It was incredibly hard. There was no drafting, something I could have used a bit, as some guys were minutes ahead of me. I don’t even know who won, I just tried something different, sprinting up the hills and free-wheeling on the downhill sections. A constant pace would have meant struggling even more, so I just paced myself all the way to the finish. It doesn’t feel the same as when you race on the road, I can tell you that, but I hope the fans have enjoyed it.”

For Race 3 of the Digital Swiss 3, our team will line-up neo-pro Andrea Bagioli, his countryman Mattia Cattaneo and Luxembourg Champion Bob Jungels. 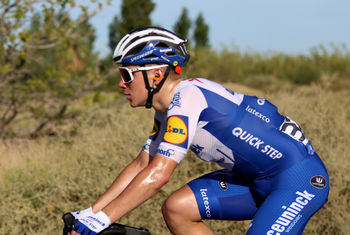 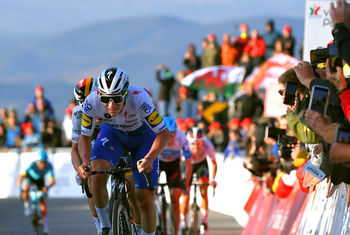 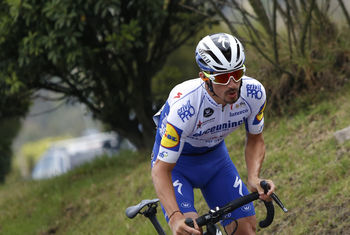