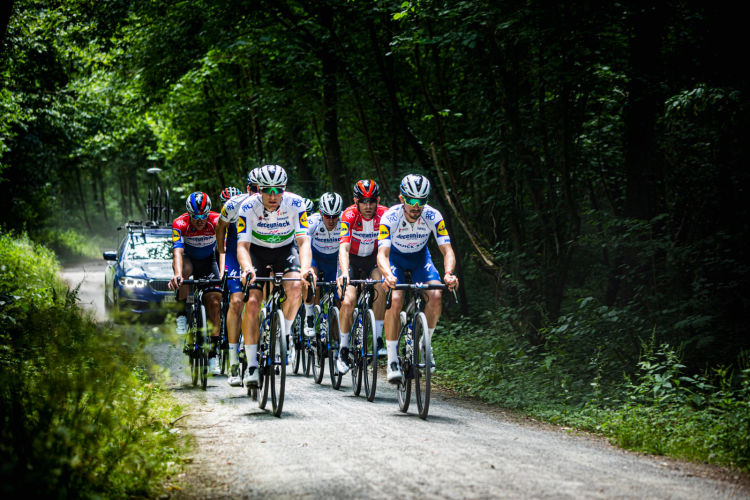 The Wolfpack meet in the Flemish Ardennes to plan the second part of the year.

Before attending the training camp, everyone was tested by Deceuninck – Quick-Step’s medical team for COVID-19, as part of the team’s highly structured internal protocol, which will be in place throughout the week and see everyone respect the health rules that will be implemented for the remaining of the season.

“It’s been a while since we’ve been together. It’s going to be strange, but it was time to start again. Every rider followed his individual program, some outside, some on their Tacx, but now the time has come to work together and get again that team feeling”, explained sports director Tom Steels. “It’s good that the guys are back together and they get to see each other, they needed to be with the group, as it’s good for their morale. It also gives us an opportunity to see some of the measures that will be implemented once the season resumes, but also to do a recon of the cobbled Classics parcours, which will be a bit strange to do in the summer.” 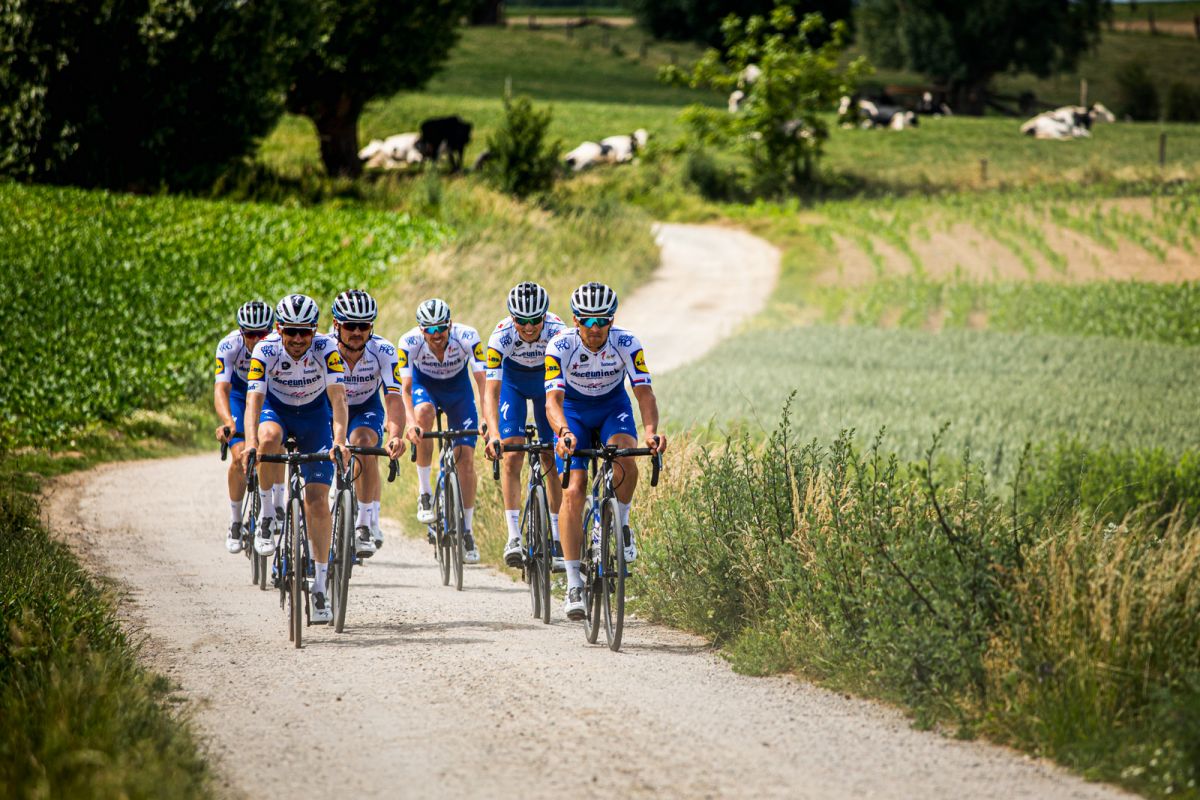 The team’s last outing in a classic before the season was stopped came at Kuurne-Brussels-Kuurne, where 25-year-old Kasper Asgreen rode to glory after an astonishing show of strength and mental power. The Danish powerhouse was the first to arrive in Belgium on Monday and he didn’t lose any time.

“These last few months have been quite boring, so I was looking forward to this training camp and seeing everybody again. As soon as I came, I went for a spin and rode up the Oude Kwaremont. It was really fun to be there and it brought back memories of Kuurne-Brussels-Kuurne, where we split the field on that great day.”

“You know, after this long break, it feels like going into a new season. It’s nice to be with the guys and work towards August, although I don’t like the rain which welcomed us here upon arrival, as I had the same weather back in Denmark. The calendar is very crowded now, so it will be about timing your shape to be good in general, not just for a couple of races”, concluded Kasper Asgreen. 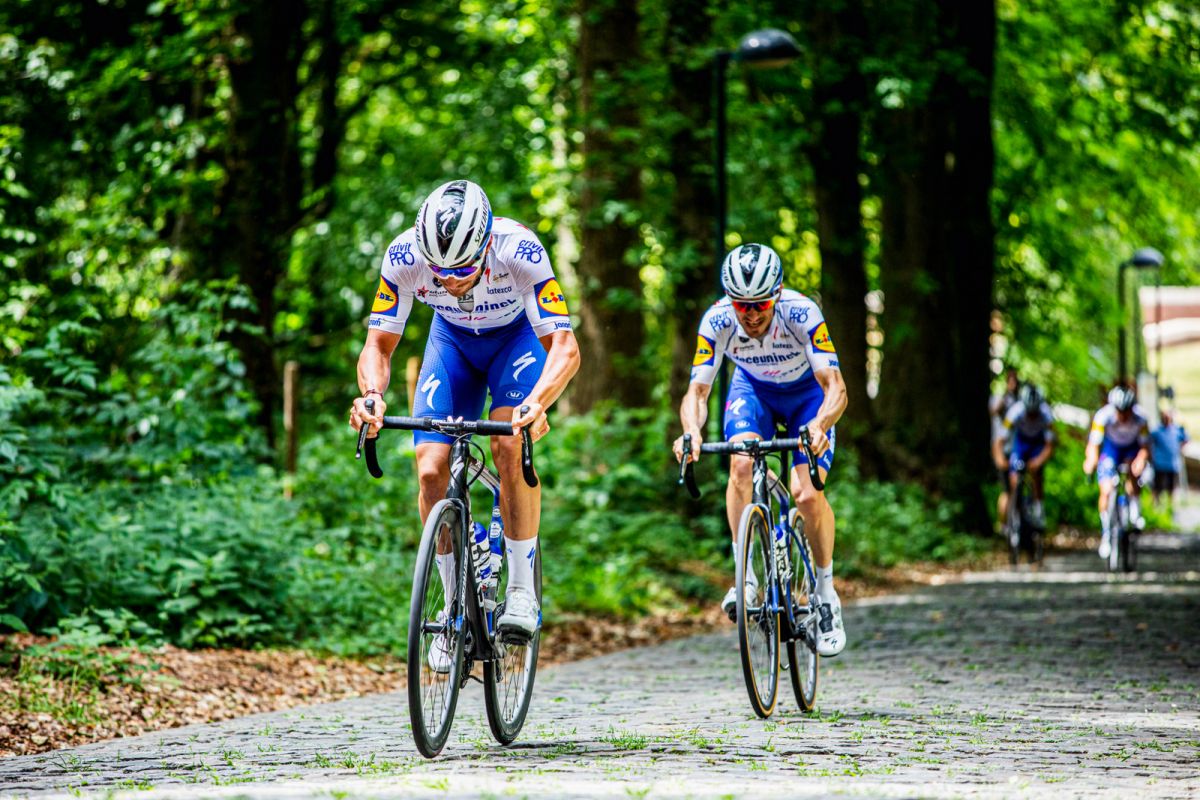 Tuesday was the first day that the large Deceuninck – Quick-Step contingent in Belgium hit the roads for a 210km recon of Gent-Wevelgem, the prestigious cobbled Classics which is set to take place on October 11. Divided into two groups, the riders took on the famous plugstreets and the iconic Kemmelberg, although there were also some unfamiliar roads, as Yves Lampaert pointed out.

“A lot of things have changed in the parcours and getting to know these new roads should help us in October. It felt a bit strange to go out on this route in June, but I must say I enjoyed it, especially as I did it with my teammates, whom I missed so much.”

“As Yves said, on the day of the race knowing the roads can make a big difference, so we can be happy with our day out on the bike. It was both tough, but also fun, because we got to take our Specialized bikes for a nice spin, test ourselves and just spend some relaxing time together. Gent-Wevelgem is a beautiful race that I like a lot – when I have good legs – and I am glad I could do this test”, added Irish Champion Sam Bennett. 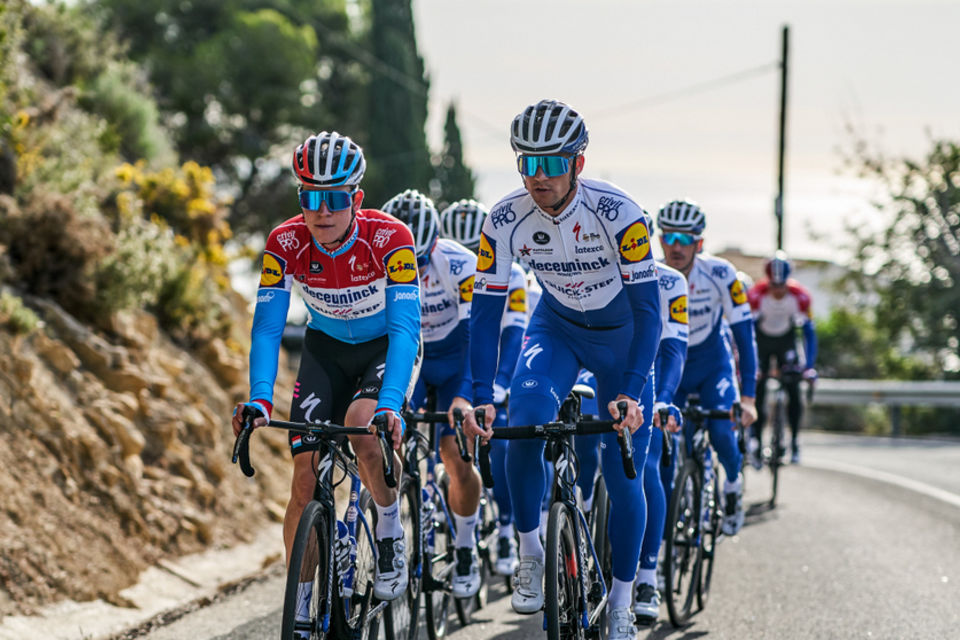