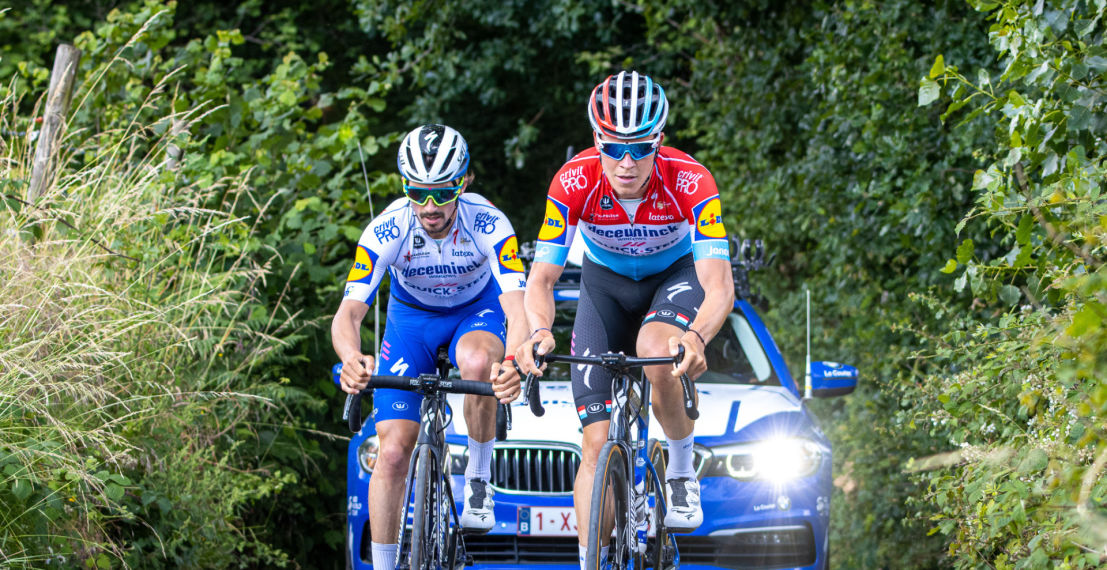 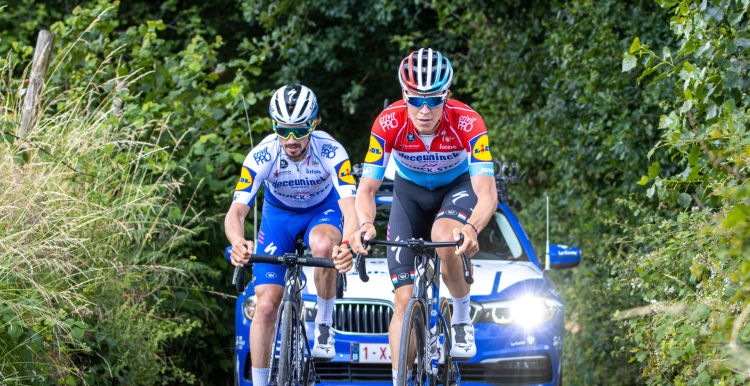 Our team concluded the three-day training camp by doing a recon of the race’s last 150 kilometers Thursday afternoon.

After heavy rain cut short Wednesday’s training, the Deceuninck – Quick-Step riders went out again on the course of the Ronde van Vlaanderen – which is due to take place on October 18 – for a four-hour ride that included all the iconic climbs: Oude Kwaremont, Paterberg, Eikenberg and Koppenberg.

Among those taking their Specialized bikes for a spin was also Julian Alaphilippe, last season’s Velo d’Or recipient. The 28-year-old winner of Milano-Sanremo is set to make his debut in the race four months from now and got a taste of the cobbles and hills that have contributed to the ever-lasting appeal and legend of Flanders.

“I was very happy to see again my teammates, sports directors and the rest of the staff during these three days. You could see and feel how happy everyone was to be here. At the end of the day, the Wolfpack is still the Wolfpack, and that’s one of the things that matter the most.”

“Doing a recon of Flanders was exciting, and although it was my first time here, I learned many things, got a lot of advice – like for example, from Dries, who lives not far from the Oude Kwaremont, a hill that we climbed a couple of times today – and had a great opportunity to take on this legendary route! Everybody knows that De Ronde is an iconic race and to discover it is a challenge for me. Having this goal of being on the start line this year motivates me a lot and makes me eager to be there in four months’ time. I don’t know how I will perform, but what I do know is that I’ll work hard for my condition, so I can do my best here.” 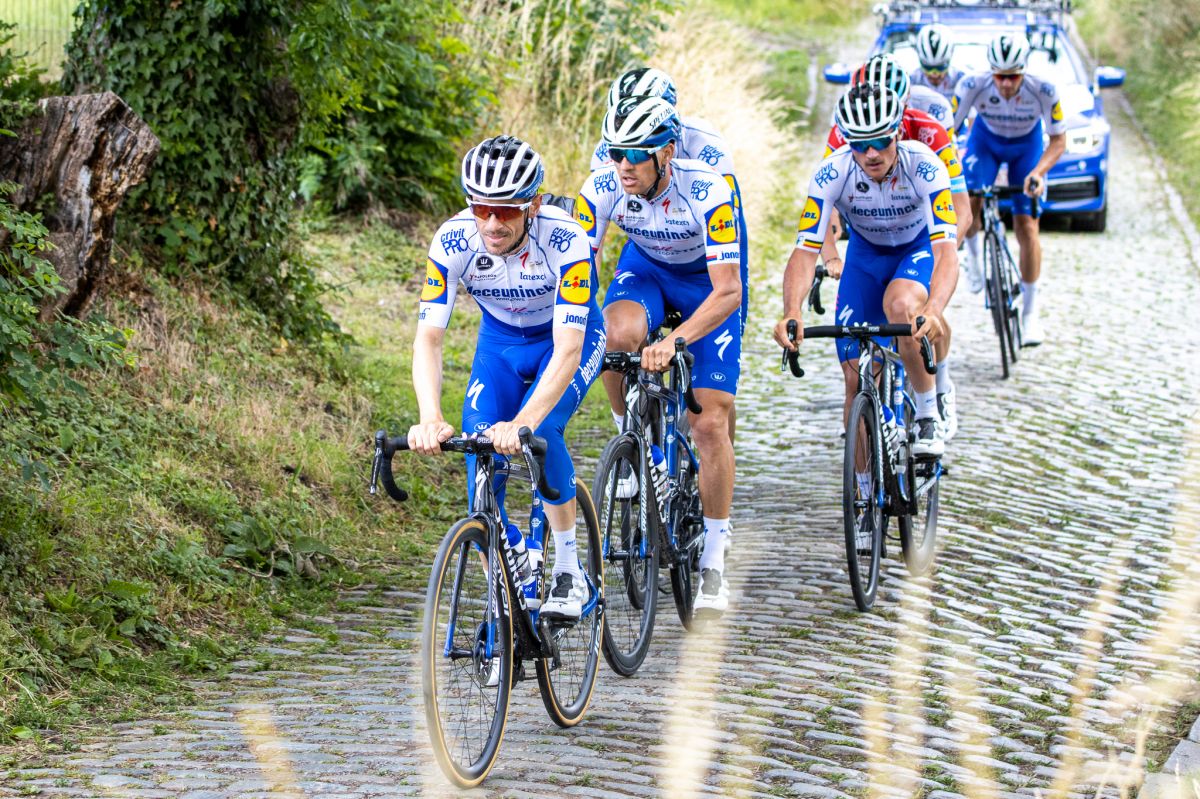 For Deceuninck – Quick-Step trainer Koen Pelgrim, the camp wasn’t just about assessing the riders’ condition after this long break that was forced upon them in March and training on the cobbled Classics’ parcours, but also about cementing the closely-knit dynamic between the riders, that has become such a defining trait of the team.

“I’m happy with the past few days. It’s been good for the riders. They had fun, it was nice to see that the Wolfpack vibe was still there. During the training rides it wasn’t always just two by two, there was some competition between the guys, and this led to a great atmosphere. It was a welcome change from the past months, in which they had to train mostly alone.”

“We did a long recon of Gent-Wevelgem and twice the final part of the Ronde van Vlaanderen. There have been some changes to the parcours, so it was useful to go and have a look. That was more important than having structured training sessions. With the various climbs and cobbled sections that we tackled, all with a different gradient or difficulty, that would also be kind of hard. We know that Julian is very strong on shorter climbs, but cobbled climbs aren’t the same. It was good for him to take on the Flemish cobbled climbs with his teammates. Now the guys will have a calm couple of days after which they will start training again towards our next training camp in Val di Fassa (Passo San Pellegrino). There it will be more essential to organize structured training days and get everyone ready for the restart of the season”, concluded Koen Pelgrim. 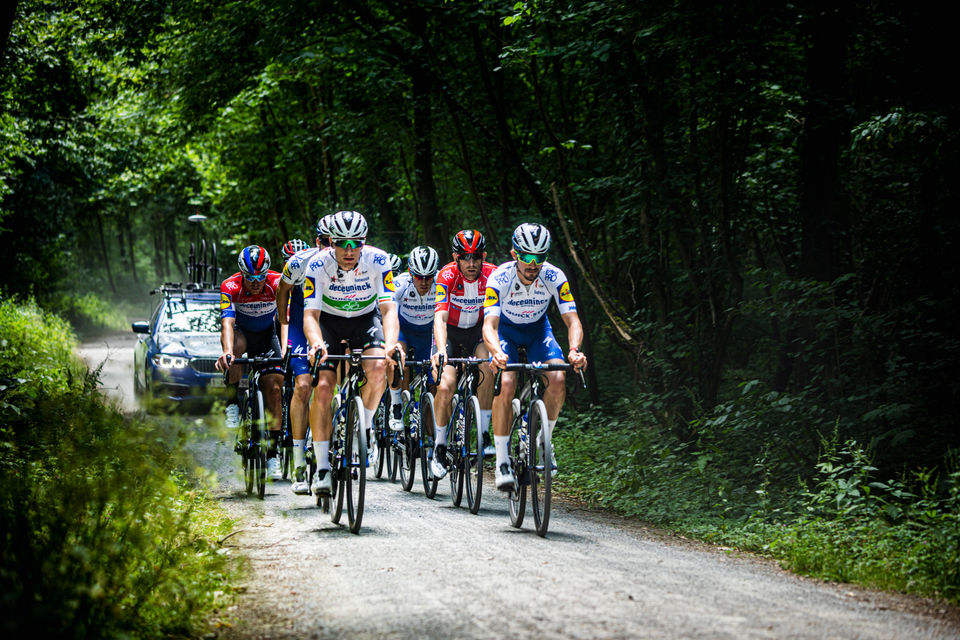