The young Dane has signed a new deal with the most successful squad of the past eight seasons.

A member of the Wolfpack since 2019, when he turned pro, Mikkel Honoré has added an extra year to his contract with the team, which will see him ride in the colours of Deceuninck – Quick-Step until at least the end of 2021. Now in his second season, Mikkel has shown his quality on numerous occasions, including at the Ardennes Classics and the Giro d’Italia (his Grand Tour debut), where his work for the team didn’t go unnoticed, but also in several other races, such as the Adriatica Ionica and Ardèche Classic, which he both finished in the top 10.

“After my first year with the Wolfpack, which was really unforgettable, I had no second thoughts when I got the opportunity to pen a new agreement. I feel great in this amazing squad, I have fantastic teammates, and it really is the perfect environment for me to develop and learn. I want to thank the team, the staff, and our sponsors for believing in me. This motivates me even more to work so I can become better and achieve my goals. I can’t wait to join the guys this week for our training camp in Val di Fassa and prepare the restart of the season”, said the 23-year-old Mikkel.

Equally happy with Honoré’s contract extension was Deceuninck – Quick-Step CEO Patrick Lefevere: “We are delighted that Mikkel will continue to be part of our family. He’s a very talented and versatile rider, has a lot of room for improvement, but is also a selfless team player, who always gives everything for his leaders, something which he has shown on many occasions. Considering all this, it was only logical to retain his services and continue this partnership that has worked so well until now.” 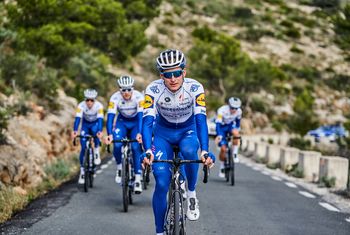 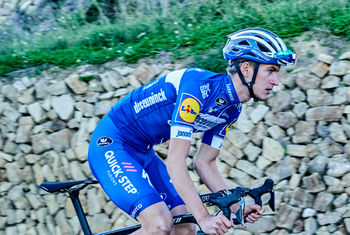