In this insightful interview for the Wolfpack community, neo-pro Mauri and his father Wim share their views on cycling, life at the farm and why having a university diploma is important in life.

The name of former professional rider Wim Vansevenant most likely rings a bell to cycling enthusiasts worldwide. Not because he is the father of Deceuninck - Quick-Step newest addition to the team, Mauri, but because the 48-year-old Belgian finished last in three consecutive Tour de France editions and thus holds the record for most Lanterne Rouge wins. In recent years he’s been taking care of the family farm and helping his son develop his cycling career. “But I never pushed him. His diploma is equally important.”

“Some parents immediately think their son is the new Tom Boonen”

Wim, we mainly know you as the triple Lanterne Rouge winner. How do you feel about that?

Wim: “I certainly don’t mind it. Those three Lanternes Rouges at the Tour de France turned out to be the point of reference of my career. My name is associated with it. I was a domestique. I had no ambition to win stages or for the GC. In that case it’s better to be the very last than the last but one. People don’t talk about the last but one, but they do talk about the Lanterne Rouge. I must admit that my first one was out of misery. The two that followed were planned. I talked about it with Mauri and he can’t break my record.”

Do you remember that time, Mauri? You must have been seven, eight years old.

Mauri: “I know they talked about it. Towards the end of the Tour people start paying attention to it. But it’s been almost fifteen years. I didn’t really care back then if he finished last or not. I was a child and spent my days playing outside or helping on my grandparents’ farm.”

Wim: “He wouldn’t watch cycling on TV. He wouldn’t come inside just to see his father’s face at the front of the pack. He wasn’t really interested in that. ‘I’ve already seen my father’, he would say.”

And did you ever go watch your father in real life, when he was racing close to home for example?

Mauri: “It happened on a few occasions, but not often. I didn’t see that many races. Again, I wasn’t interested in it as a child. I wasn’t involved in any sports back then. I only started cycling when I was about twelve years old. I had been to a summer camp which piqued my interest.”

Wim, how did you guide Mauri in those first steps in cycling?

Wim: “I certainly didn’t push him. I never did. Whenever my kids wanted to do sports, I definitely backed the idea. I was the first to make sure the practical things were taken care of, but I also felt they had to find out everything else for themselves. I also did that when I started cycling and I think it’s the best way. Hitting their head against a wall a couple of times does them good. It makes them stronger. You shouldn't pamper them too much. Some parents forget that sports should be fun, that it shouldn’t be a burden for the family, because it can be expensive. You should be able to enjoy your hobby with limited resources. You can always improve, but some parents immediately think that their son is the new Tom Boonen.”

Mauri: “I started in cyclo-cross. I did that for a few years until I realized it wouldn't really be my cup of tea. So I fully switched to road cycling. My cycling career has accelerated in the last four to five years by continuing to commit myself. I won some races every now and then and ended up in good teams.”

When did you first realize he had the potential to be a professional rider?

Wim: “I knew he was good when he was still doing cyclo-cross, but it was more fun than anything else. You could see he had a big engine, but he wasn’t explosive enough. Cycle-cross wouldn’t become his thing, but I let him do it anyway. After a couple of years, he realized that his future wasn’t in cyclo-cross and took up road cycling. You know he even used to ride on my old bike when he started. It was a dozen years old and two sizes too big.”

Mauri: “But I managed anyway.”

Wim: “There’s only so much you can do for them, but if they’re not willing to make an effort, if the motivation doesn’t come from within, they won’t get there.”

Mauri: “I’ve never been interested in boasting or showing off. I realized soon enough that wouldn’t work.” 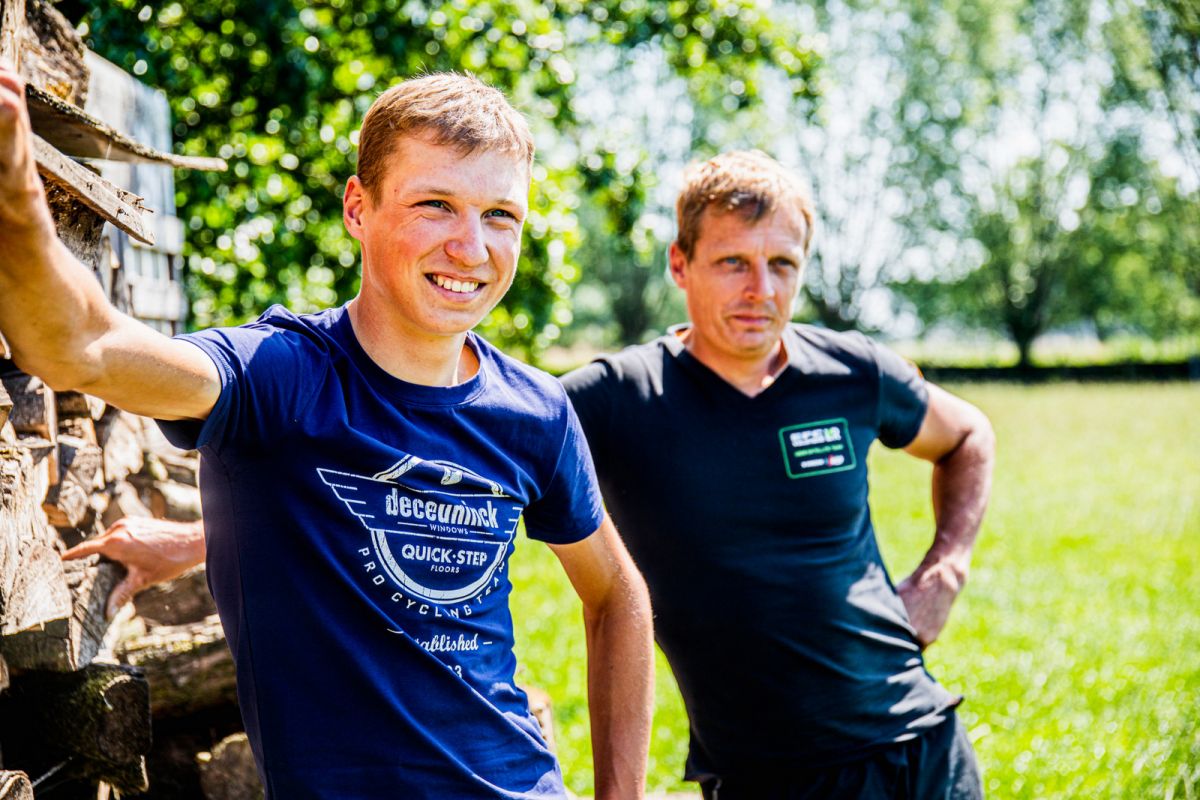 “You need a diploma, even if it’s only a piece of paper”

Mauri recently graduated as a Bachelor in Electromechanics. How hard was it to balance school and sport?

Wim: “School was always a priority. It’s never been a problem.”

Mauri: “I’ve always had good results and went to schools where they understood my situation. That was a big advantage.”

Wim: “And he always went to school by bike, rain or shine.”

Mauri: “Which meant a weekly 200 km bonus on my training kilometers. It adds up.”

Wim: “And you get that for free. He didn't even have to wear bib shorts for it.”

So you never had a hard time motivating yourself for school?

Mauri: “If you organize yourself well, the combination of cycling and school is feasible. Good planning, maintaining contacts with the schools and teachers was essential. It involved almost as much paperwork as the studying itself. You have to know that. But yes, it can be combined. If you have to get a job, that’s much more difficult to combine that with cycling. Immediately betting everything on your cycling career isn’t ideal either, because what will happen if you’re not good enough? If your whole world is only cycling… I’m very happy to have my degree. For me it was a requirement. I’m comfortable now. It gives me certainty for the future. Sooner or later I’ll need it.”

Wim: “I also went to college. When I wanted to become self-employed after my professional cycling career, my diploma was the first thing they asked in order to apply for a VAT number. ‘Oops, where is that?’, I thought. I had to look for it. You need it, even if it’s only a piece of paper. They don't ask what you remember from your studies, they ask for your diploma. It was important to me that Mauri got his diploma. Racing is good fun and all, but a lot of things can happen. You know where you start, but not where and when you’ll end. Things can go well for you or it can all be gone after four years. You don't know that. So you need to have something else up your sleeve. It must bring peace in a rider’s mind, I suppose. ‘If I fail, I’ll always have my diploma’. That’s fifty kilograms less to carry on your shoulders.”

Has working on the farm been an option as a career choice?

Wim: “Then we would need to expand.”

Mauri: “We are really only big hobby farmers.”

Wim: “You are talking about investments of a few million euros. That's a choice you make, one that doesn’t allow you to say it’s not for you after a few years. Then you must continue as a farmer at least until the age of 60. Mauri is following his own path. He is now at Deceuninck – Quick-Step and that is just the beginning of the story.” 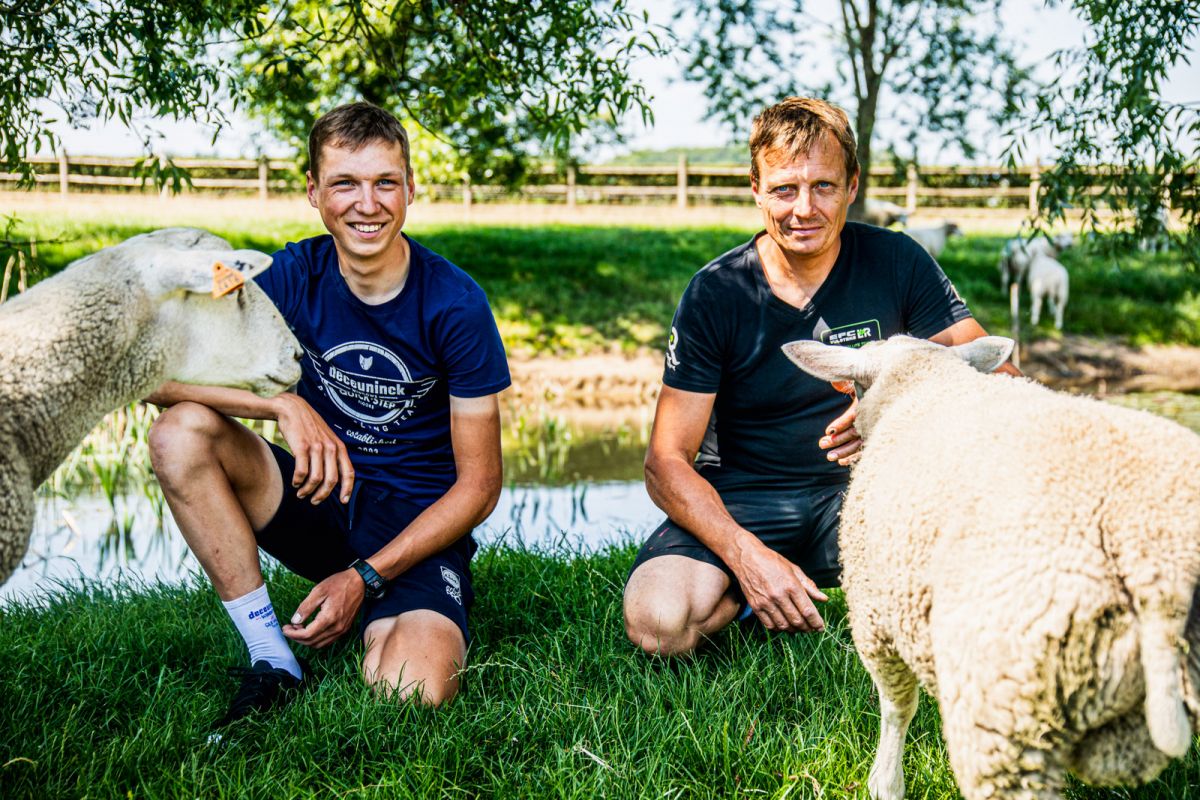 Are there similarities between professional cycling and working as a farmer?

Wim: “It’s both tough, but farming is less dangerous. At the end of my career, I thought cycling had become too dangerous. I started overthinking it. It’ trial and error. So is school, being self-employed and working on the farm. One year is excellent and the other is dry and bad. You also get good seasons in cycling and the following year you’re doing exactly the same, but you don’t get the same results.”

Can life on the farm help Mauri in his cycling career?

Wim: “Surely it won’t hurt him. You need to know what working is. You need to know what others have to do in order to make a living and to have respect for what you earn yourself. The only thing that remains after your career is the money in your account. Everything else is gone. You have to deal with that wisely. I know enough examples of former riders who had nothing left of what they had earned in their cycling careers, and that was more than I did. I feel bad about that.”

Do you think professional cycling will change Mauri?

Wim: “He will definitely change, I’m 100% sure of that! You can’t help it. He will change. But he’ll have to keep his head in the game. Cycling is a world on its own. It’s something special. You won’t find that elsewhere in life. Being a professional cyclist is a beautiful part of your life, but you have to realize that it’s finite. After your career, another life starts. You’ll be 35 and 15 years behind your peers. That’s the amount of time they’ve been building their careers and you’ll have to start from scratch again. It’s not easy if you have to catch up.”

Mauri: “I don't think I’ve changed much. I take it day by day, I’m not so concerned with that. I’m still going to visit my grandparents and help on the farm. I don't see a reason why I should change.”

In the second part of the interview, Mauri and Wim will talk about the former’s success in the U23 ranks and goals and hopes for his first years as a pro. 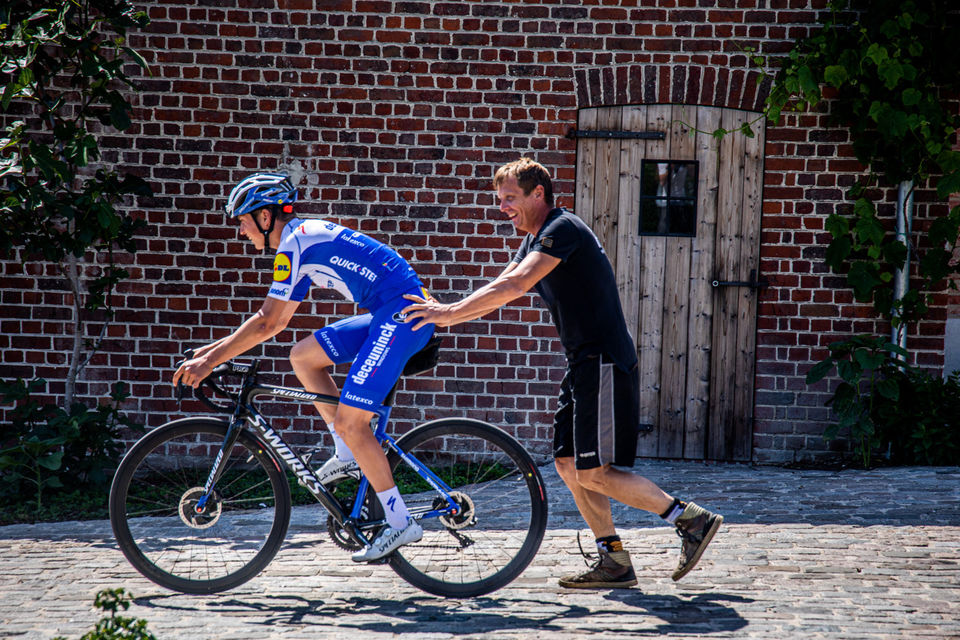 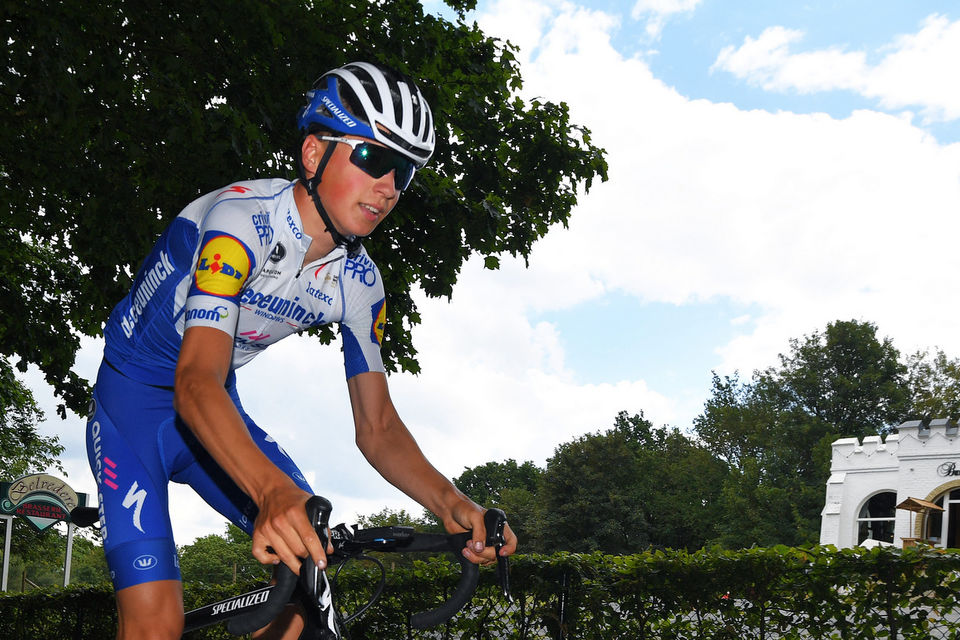