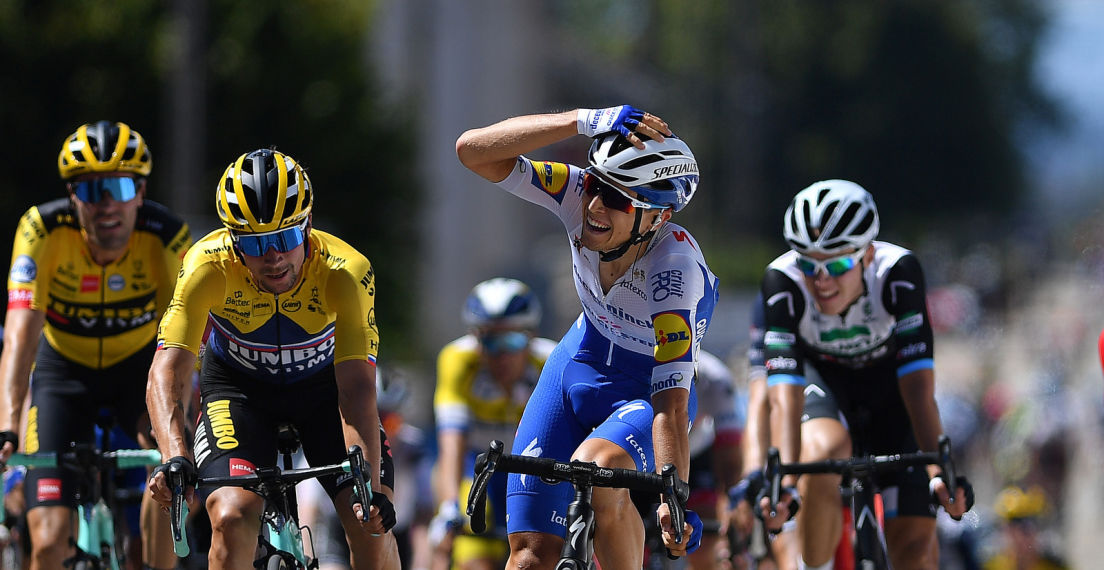 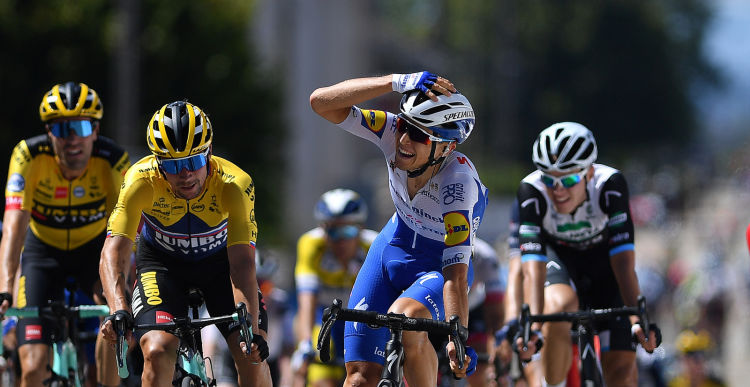 The young Italian wins a pulsating sprint on the opening stage of the Tour de l’Ain.

Andrea Bagioli showed the true depth of his talent just seven months into his maiden World Tour season, with a perfectly-timed sprint in the small town of Ceyzeria that netted him a stunning win, and Deceuninck – Quick-Step’s 20th of the year. The 21-year-old Bagioli had already impressed earlier this season, taking a solid fifth place on the first mountain stage of the Tour de la Provence, but he still surprised on Friday afternoon from a peloton containing several Grand Tour winners.

Last October, at the Piccolo Il Lombardia – his very last appearance on the U23 scene – Andrea showed that he’s more than just a pure climber and that he also possesses a fast turn of legs at the end of a hard race, and this was confirmed when he outsprinted Vuelta a España victor Primoz Roglic (Jumbo-Visma) and Stefan Bissegger (Switzerland National Team), on the uphill drag to the line before being overcome with disbelief and emotion.

“The stage was easy until the closing kilometers, when several teams ramped up the pace and went full gas. Our initial plan was to go with Alvaro today, but we had to change it in the final, after Roglic attacked on the final climb and made a selection at the front. The tempo was high going under the flamme rouge, but I stayed behind him and waited for the last 100 meters to make my move. It was only with 50 meters to go that I accelerated and I couldn’t believe when I saw that I was first over the line.” 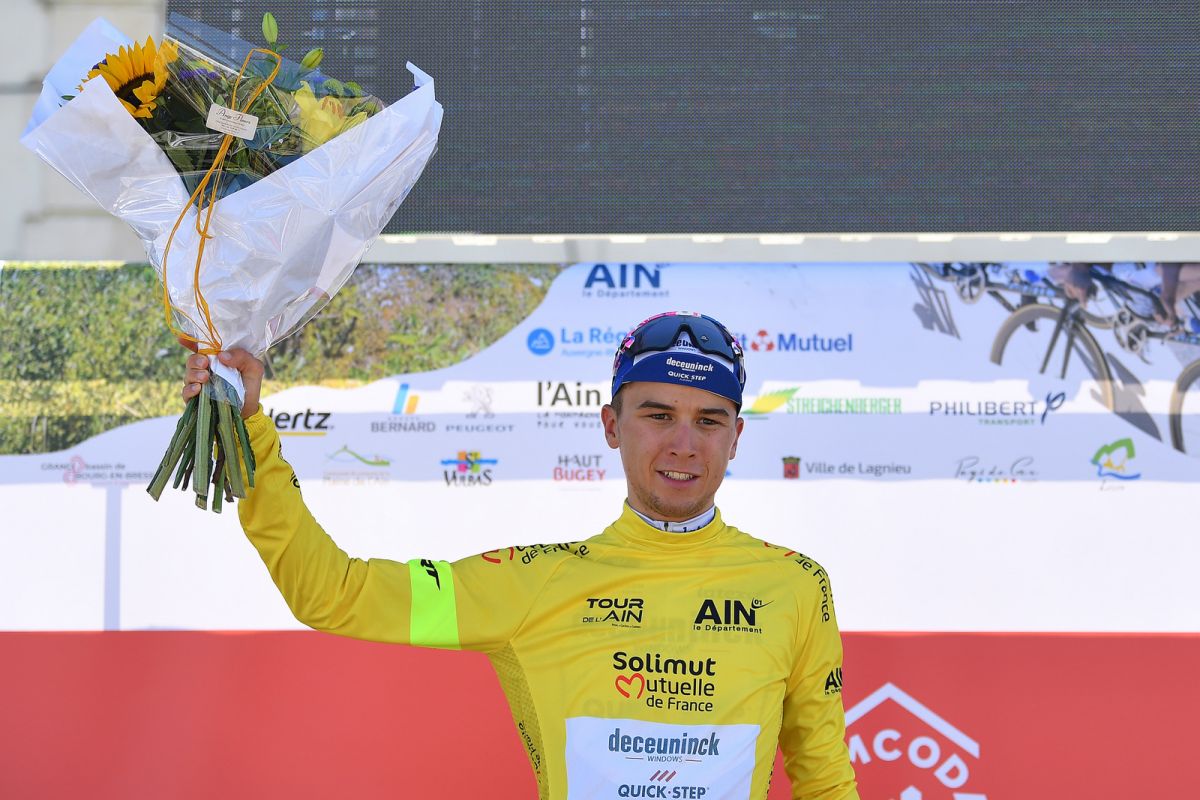 The first Italian rider since 2016 to notch up a stage win at the Tour de l’Ain, Andrea didn’t forget teammate Fabio Jakobsen, who is in hospital after being involved in a crash on the opening day of the Tour de Pologne: “This victory is for my team and for Fabio! We all hope he will feel better and better in the coming days and that he’ll recover quickly; he’s a real fighter and we want him to know that we wait him to return with the Wolfpack.”

“It’s an incredible day for me. To take the leader’s jersey here with all the big names racing is special. I am very early in my career and still learning, so to be able to compete in a finish like that gives me massive confidence. Leading a race like this is big for me and I am looking forward to learning even more about working with the team in this position in the coming days. But, of course, I want to enjoy my first jersey as a leader at this level”, added Bagioli, who tops also the points and youth classification at the French race ahead of this weekend’s mountain stages. 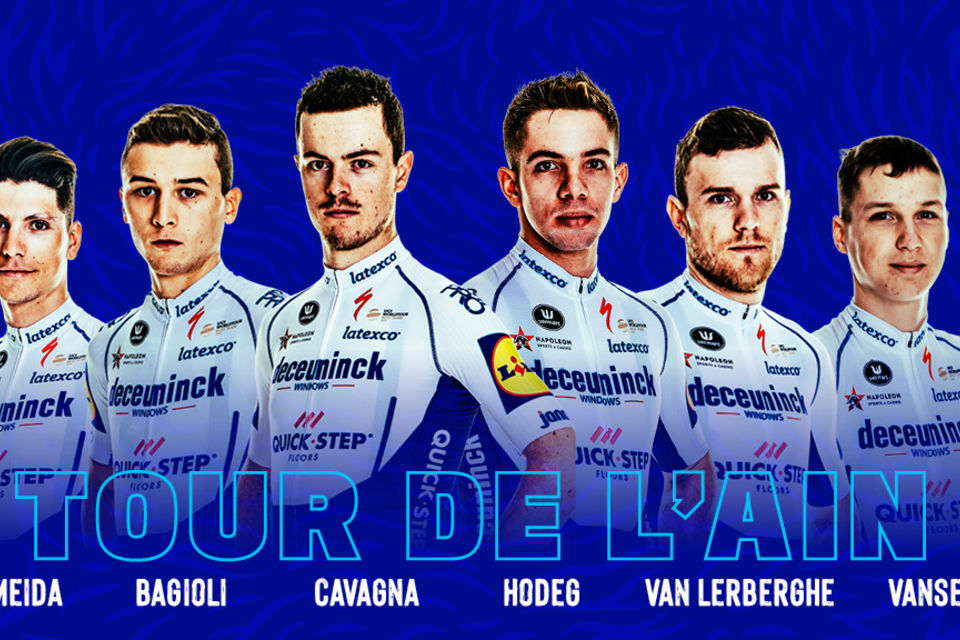 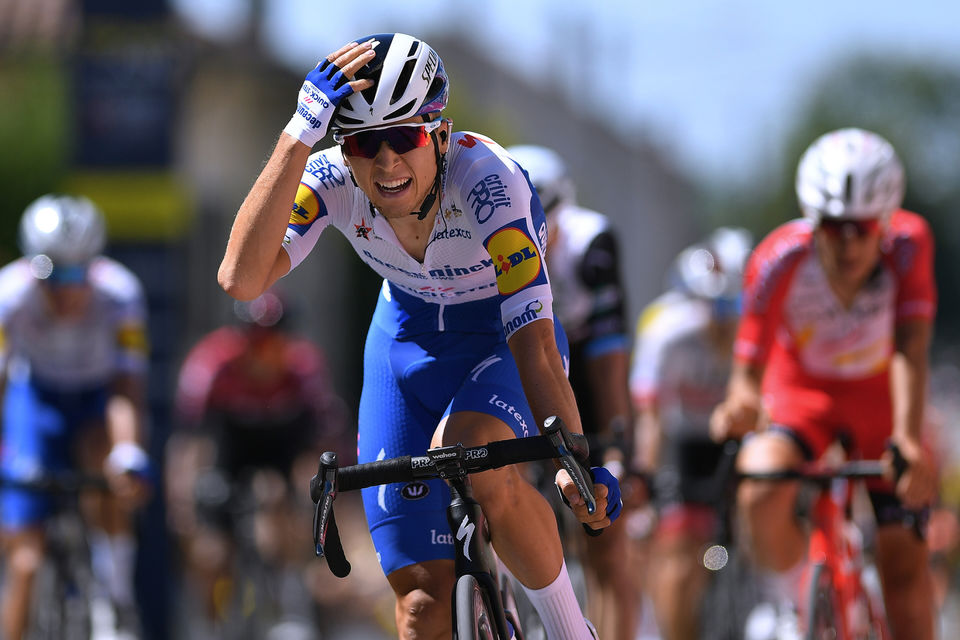