A superb ride in Grand-Champ netted the 25-year-old his first national title.

Rémi Cavagna became the second Deceuninck – Quick-Step rider to win the gold medal at the French National Time Trial Championships, seven years after Sylvain Chavanel took the spoils. Just like then, the event was held in Bretagne, this time the small town of Grand-Champ playing host to the competition which had Rémi among the late starters.

Second at the first checkpoint in Plumelin, after just 5.3 kilometers, Cavagna turned up the gas and rode at a fierce tempo on the 43.6km rolling course, setting the reference time at the next two splits, in Camors and Brandivy. At the finish, he went straight into the hot seat, with a stunning time of 54:42, courtesy of an impressive 47.82km/h average speed. 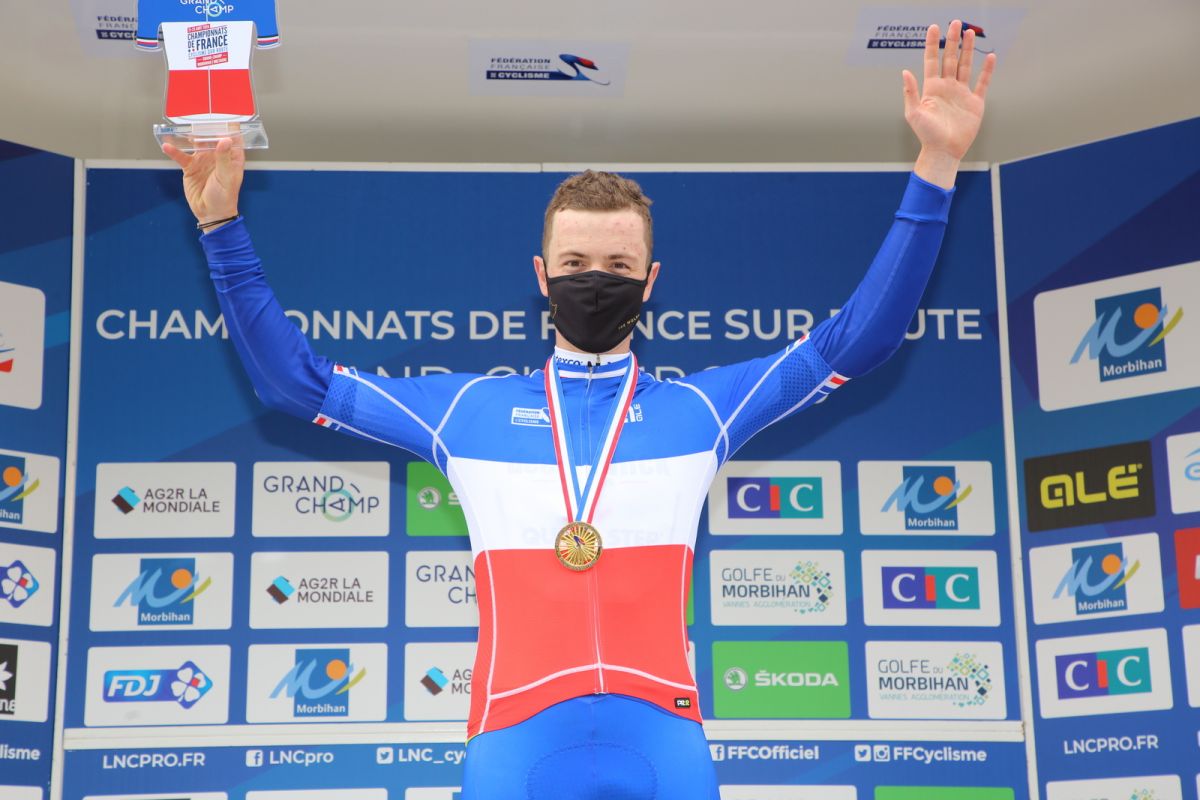 His only threat came from Benjamin Thomas (Groupama-FDJ), but the defending champion – despite posting the best time at the first intermediate checkpoint – couldn’t reverse the deficit and concluded the race six seconds behind our rider. At the end of the day, a combination of strength, amazing determination and panache helped the “TGV of Clermont-Ferrand” ride his Specialized Shiv to glory and deliver the 57th national title in the history of Deceuninck – Quick-Step.

“I came here after the Critérium du Dauphiné and I felt the shape was there, so I had a good feeling and a lot of confidence at the start. I knew that Thomas would be my biggest rival, but I remained at all times in control and in the last two kilometers I gave everything, it was almost like a sprint”, an elated Cavagna said. “I love racing against the clock and this time trial was the biggest goal of the season, so winning it makes me very happy. I’m very proud at the thought of having this beautiful jersey for the next 12 months and I want to enjoy it and honour it in the races I’ll get to wear it.”