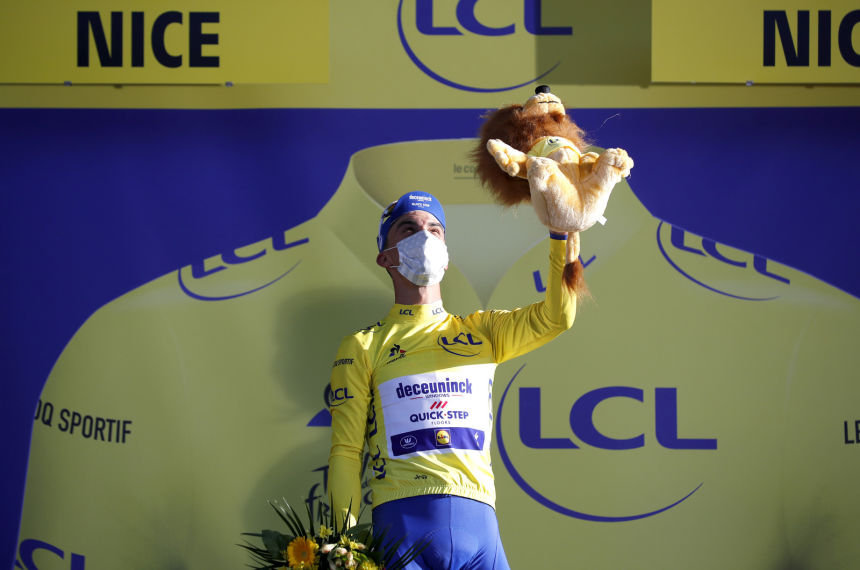 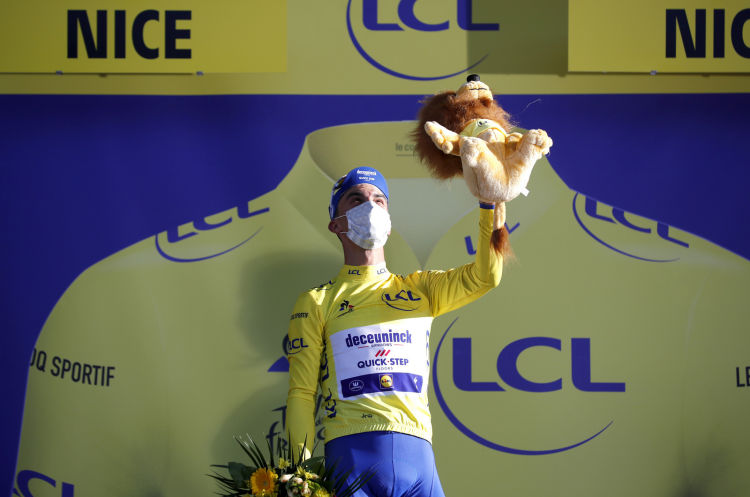 A magnificent display helped Julian Alaphilippe continue to build upon his extraordinary legacy, as he took a fifth stage victory at the Tour de France, moving into the race’s overall lead on Nice’s Promenade des Anglais. Just like last year, when a superb attack on the roads of Marne netted him an emphatic win and the iconic yellow jersey, Alaphilippe made his move on the final climb of the day, some 13 kilometers from the finish.

Up until that moment, Deceuninck – Quick-Step was prominent with Danish Champion Kasper Asgreen, who spent almost the entire day in the breakaway, and Dries Devenyns and Bob Jungels, who set a steady tempo at the front of the bunch, making sure no one attacked, on Col d’Èze and Col de Quatre Chemines, respectively.

On this last climb, which suited him to the tee, Alaphilippe attacked hard and danced away from the reduced field, before being joined by Marc Hirschi (Sunweb). Together, they opened a ten-second lead over the GC favourites’ group, from where Adam Yates (Mitchelton-Scott) zipped clear and bridged across, one kilometer from the top. 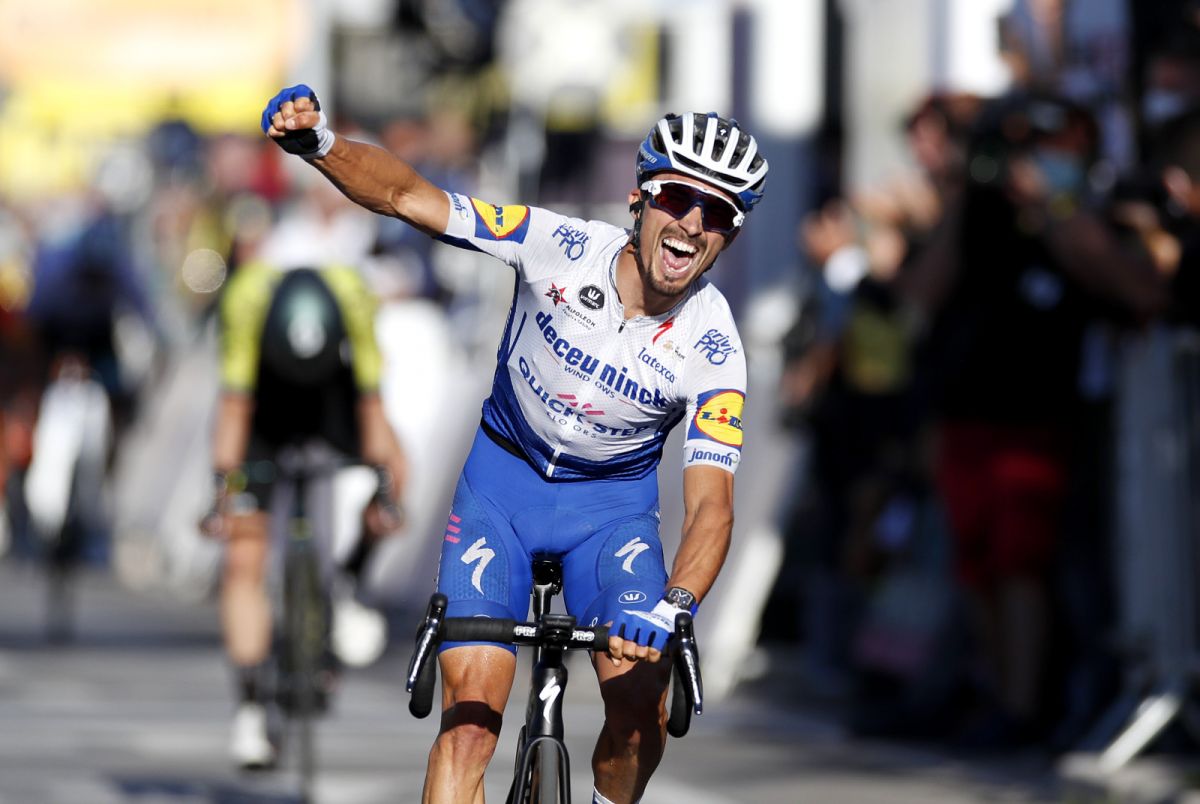 Then, on the fast descent to Nice, the trio extended their lead to 20 seconds, but soon a cat and mouse game began, which allowed the bunch to claw back time and close the gap to a mere five seconds with the finish line in sight. Sensing the threat behind, Julian launched the sprint down the left-side of the road, blasted past the Brit and with a perfectly-timed bike throw over the line edged out Hirschi, capturing his first victory of the year, before pointing to the sky, in memory of his father, who passed away in June. 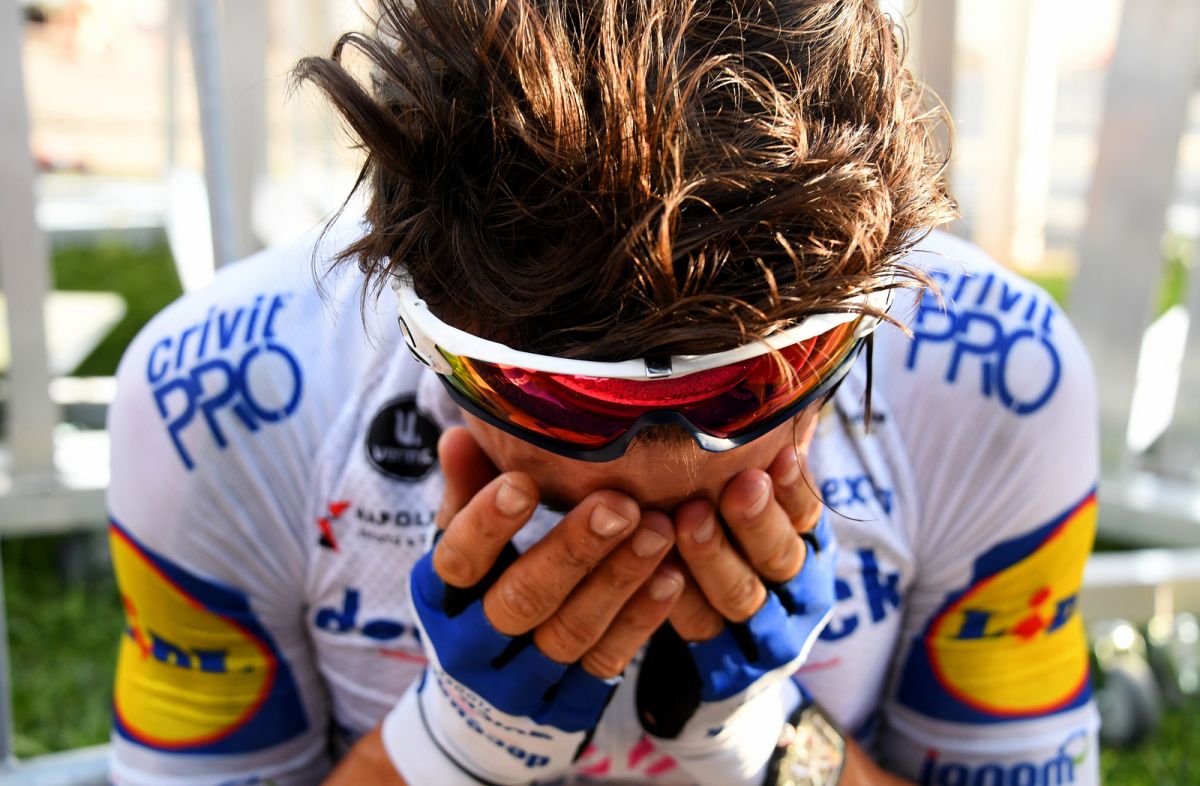 The 28-year-old Frenchman, who now has six Grand Tour stage wins to his name, the latest of which confirmed the amazing power to astonish he possesses, was quick to praise his team’s role in Sunday’s triumph: “Having Kasper in the breakaway put us in the perfect position, as we could wait for the final climb. Then Dries pushed a steady tempo on Col d’Èze, before Bob took over on Quatre Chemines. This incredible effort of my team was instrumental in the victory I got.”

After scoring Deceuninck – Quick-Step’s 40th Tour de France stage victory and taking the 15th yellow jersey of his career, Alaphilippe – who became the first Frenchman in 29 years to hold the overall lead in consecutive editions – insisted that the general classification isn’t his goal at this edition: “Winning in the Tour always feels special. It’s true that this is my fifth victory, but it always is a different feeling. It means a lot to win here and to be in yellow. Le Tour is the biggest race in the world and wearing this prestigious jersey is always an honour. I’m not here for the overall, but we’ll try to respect the maillot jaune and defend it for as long as possible. I can tell you I will enjoy every single moment I’ll spend with it on my shoulders.” 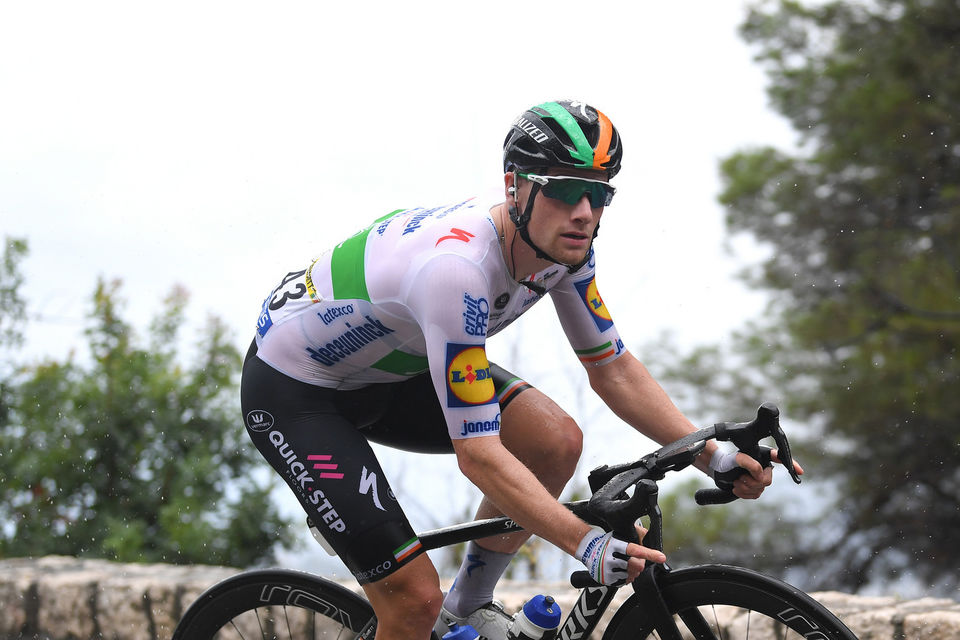 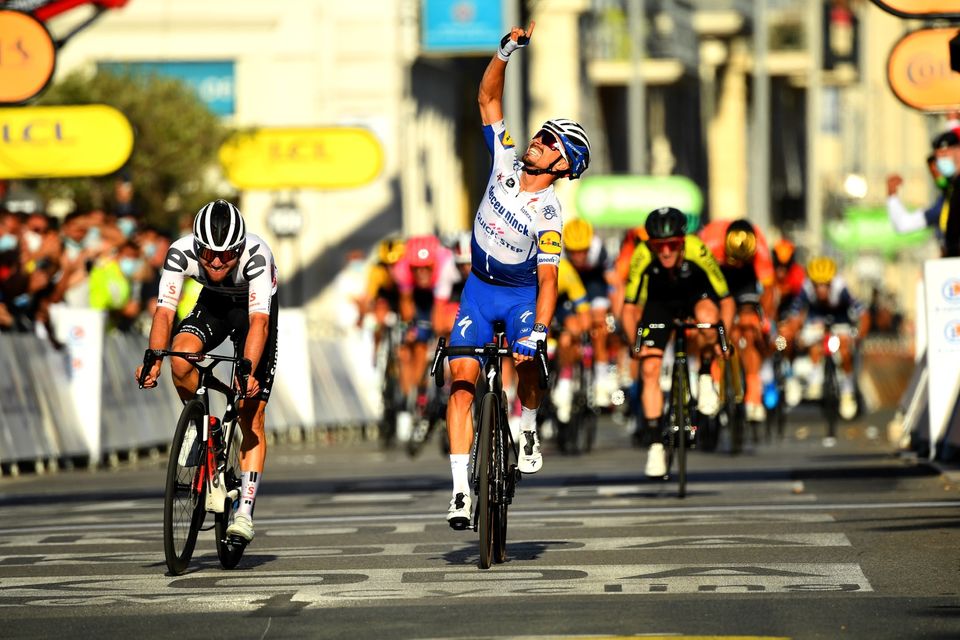