A late incident prevented Davide Ballerini from fighting for a good result.

Lido di Camaiore welcomed the Tirreno-Adriatico peloton for just the fourth time in history, and just like on the previous visit, more than a decade ago, the sprinters were in the spotlight. Stage 1 of the 55th edition followed a well-known pattern, six riders attacking early and opening a three-minute gap, before two of them – Paul Martens (Jumbo-Visma) and Simon Pellaud (Androni Giocattoli) – decided to drop their companions and continue by themselves.

Deceuninck – Quick-Step was among the teams doing the chasing, helping to bring back the two remaining attackers as the pointy end of the stage was approaching. Inside the final three kilometers, our lead-out train was slotting into position on the right-hand side of the road, but a late crash at 1500 meters to go ruined Davide Ballerini’s chances of getting in the mix, the Italian being caught behind the massive pile-up.

Druivenkoers Overijse winner Florian Sénéchal was left to carry the flag for the team, but couldn’t show his speed, as he was forced to start the sprint from way back, consequence of the crash that split the peloton. The victory went to Pascal Ackermann (Bora-hansgrohe), while Florian came home in 15th place, with the rest of the Deceuninck – Quick-Step boys safely crossing the line and getting the same time as the winner. 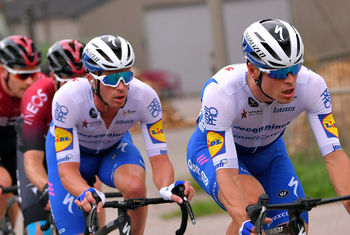 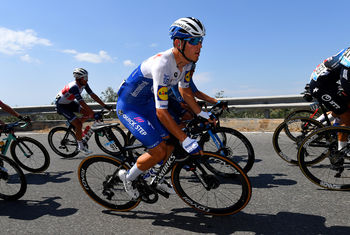