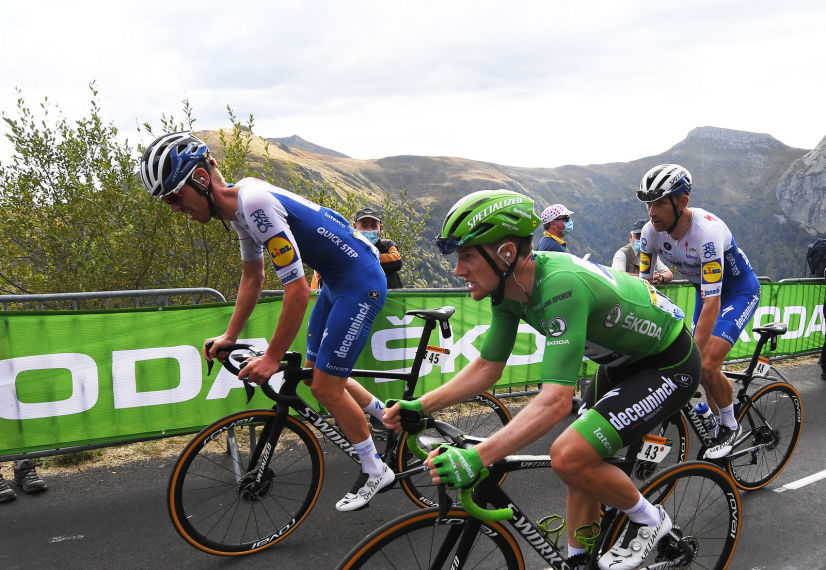 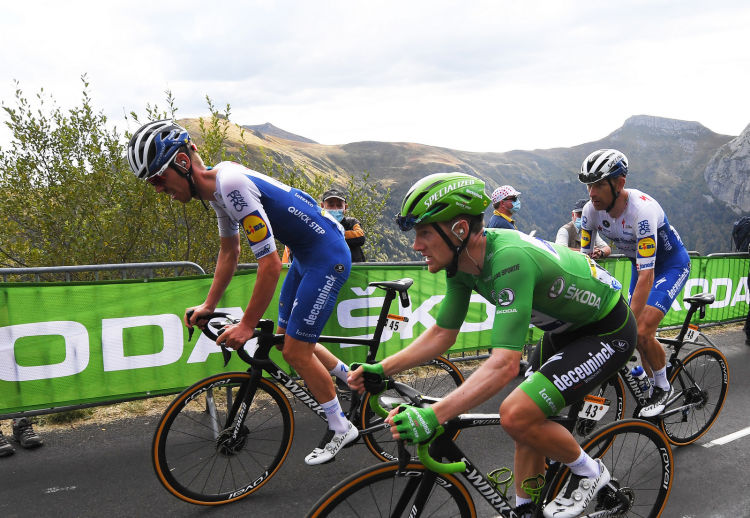 The Irishman is close to carrying the prestigious tunic into the race’s third week.

Site of the first ever stage finish at the first ever Tour de France, back in 1903, Lyon returned on the race for the first time since 2013, when Matteo Trentin claimed the victory for our team from the breakaway. Just like then, stage 14 got off to a nervous and intense start, as Sam Bennett was put under pressure on the first classified climb of the day. Despite losing contact, he didn’t panic and comfortably picked up points at the intermediate sprint in Courpière, which came just ahead of the long Col du Béal.

The Wolfpack immediately moved into position and went on to set the rhythm on the first part of the climb, before other teams took the helms and intensified the pace to put the sprinters to the sword. Dropped from the bunch just one kilometer from the top, Bennett could count on a large Deceuninck – Quick-Step contingent, which paced him over the summit and just took it easy, knowing that there was no point in engaging in a mad chase of the peloton, where several teams combined efforts to make sure the sprinters wouldn’t return.

With the gap going out to five minutes in the space of just a couple of kilometers, it became clear that the focus would be shifted to the stage victory, that was to be played out between the puncheurs on the two four-category climbs in Lyon. The only Frenchman to wear the yellow jersey at this edition, Julian Alaphilippe was again prominent and surged clear on the Côte de la Croix-Rousse, spreading panic in the reduced bunch, which got on terms with him only on the descent.

Attacks continued to come thick and fast, and it was the one launched by Soren Kragh Andersen (Sunweb) with two kilometers to go that stuck, the Dane taking a solo win, some 15 seconds clear of the peloton. Escorted by Kasper Asgreen, Tim Declercq, Dries Devenyns and Michael Mørkøv, Sam Bennett rolled over the line in a 50-man group and shortly afterwards took to the podium, where he received his seventh green jersey.

“It was a hard day, but quite ok in the end. On the climb before the intermediate sprint they tried to hurt the legs, but I gave it my all, and even though I got dropped, I soldiered on and was happy to take some valuable points”, explained Sam, who has a 43-point buffer in the classification. “The team did a great job for me and tried to get me back, but it wasn’t possible, so we decided to ease up after the third climb as there was no point in chasing hard. I can call myself fortunate to have such amazing teammates around me, guys who embody this unique and incredible Wolfpack spirit and help me get over the daily challenges of the Tour. It’s still a long way to go to Paris and we know it won’t be easy, but we will keep fighting.” 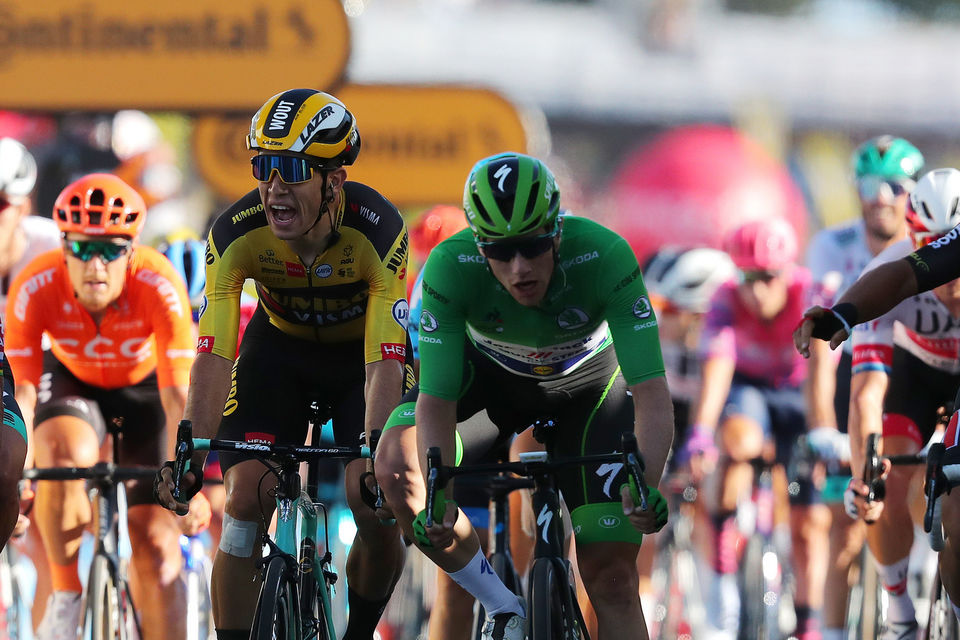 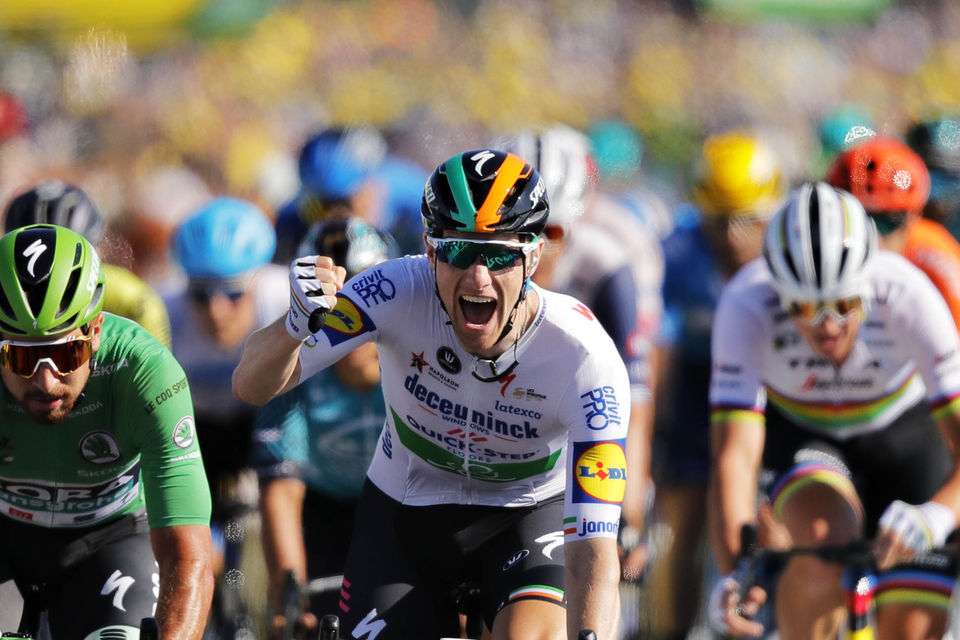 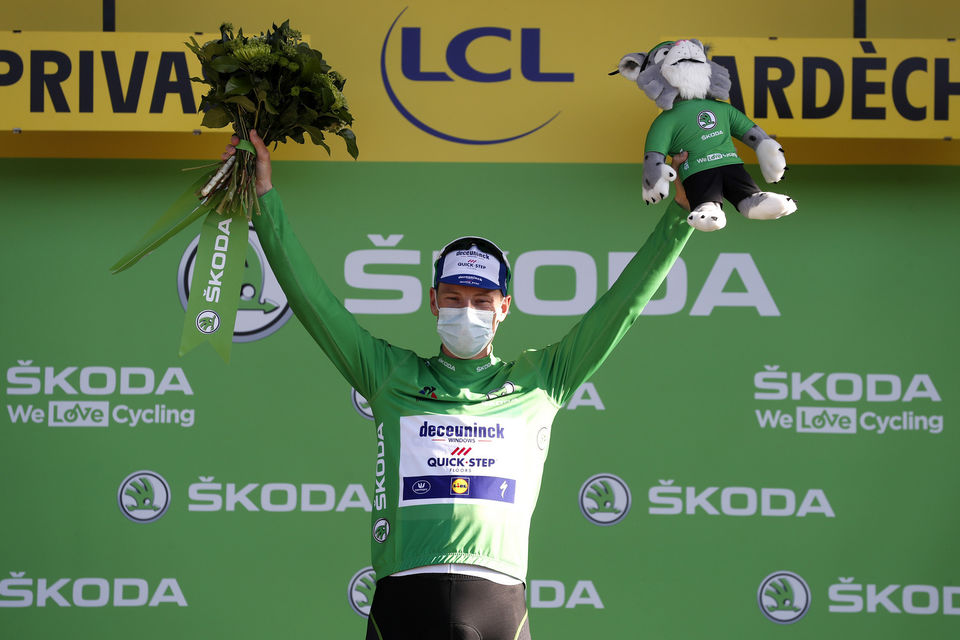 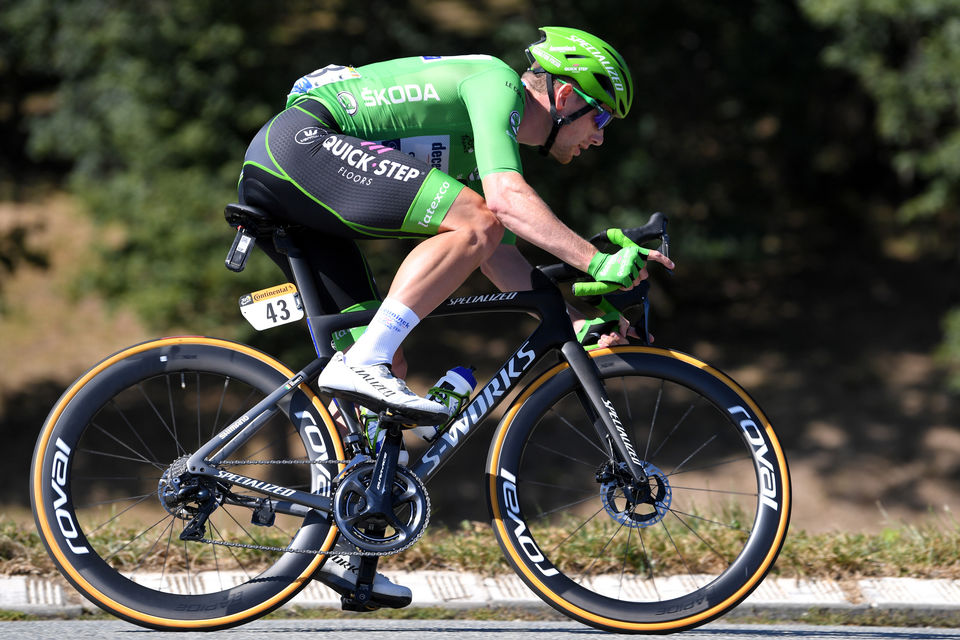