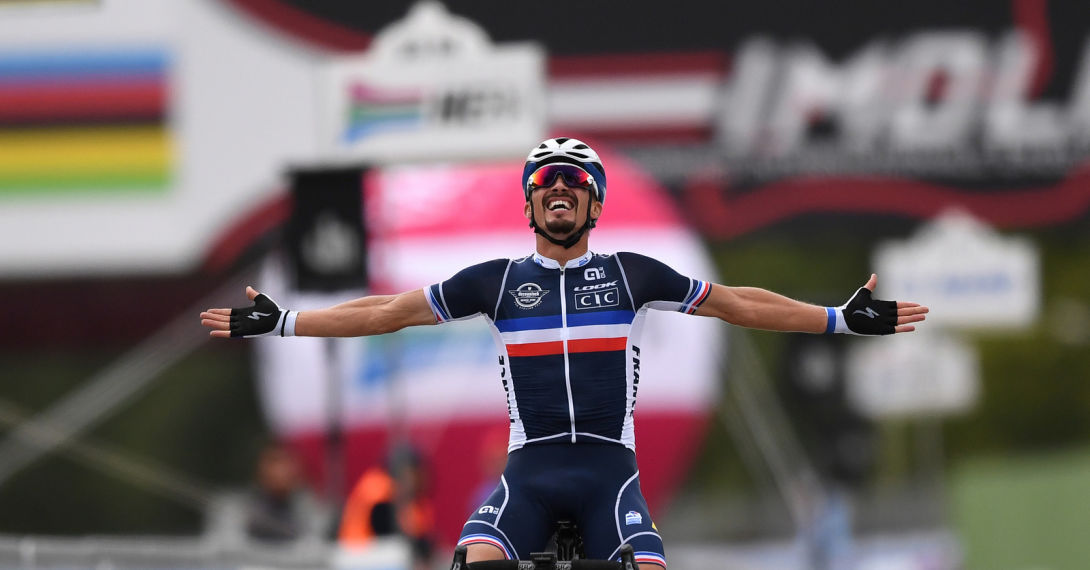 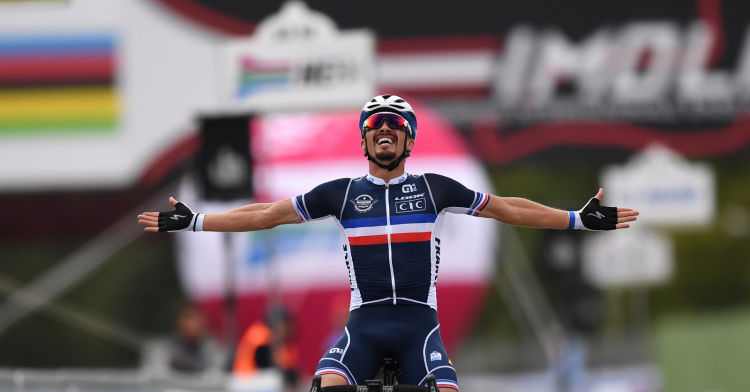 A powerful all-out attack on the final climb of the race in Imola propelled the Frenchman to a career-defining victory.

Julian Alaphilippe ended France’s 23-year drought in the men’s road race and won the famous rainbow jersey on the Autodromo Enzo e Dino Ferrari after more than six and a half hours in the saddle. The win came thanks to a huge surge on the toughest section of Cima Gallisterna, the last climb of the day, with about 12 kilometers to go.

Unsurprisingly, the main moves of the 258.2km-long race came on the 2.7km ascent which featured some biting gradients of up to 14%, and it was with 200 meters from the top that Alaphilippe took off and opened a ten-second gap over a select chasing group numbering five riders. The man who thrilled an entire nation at last year’s Tour de France carried a ten-second lead over the chasers as he crested the hill and continued to ride imperiously and dug deep on the rolling sections, taking to the motor circuit which last hosted the Worlds in 1968.

As he entered the famous race track, Julian knew that he was getting closer and closer to a memorable victory, and after a short glance over his shoulder, he powered towards the line, which he crossed with tears in his eyes. Sunday’s dazzling win, which came after another huge display of panache, cemented the 28-year-old’s reputation as one of the peloton’s finest and most complete riders. 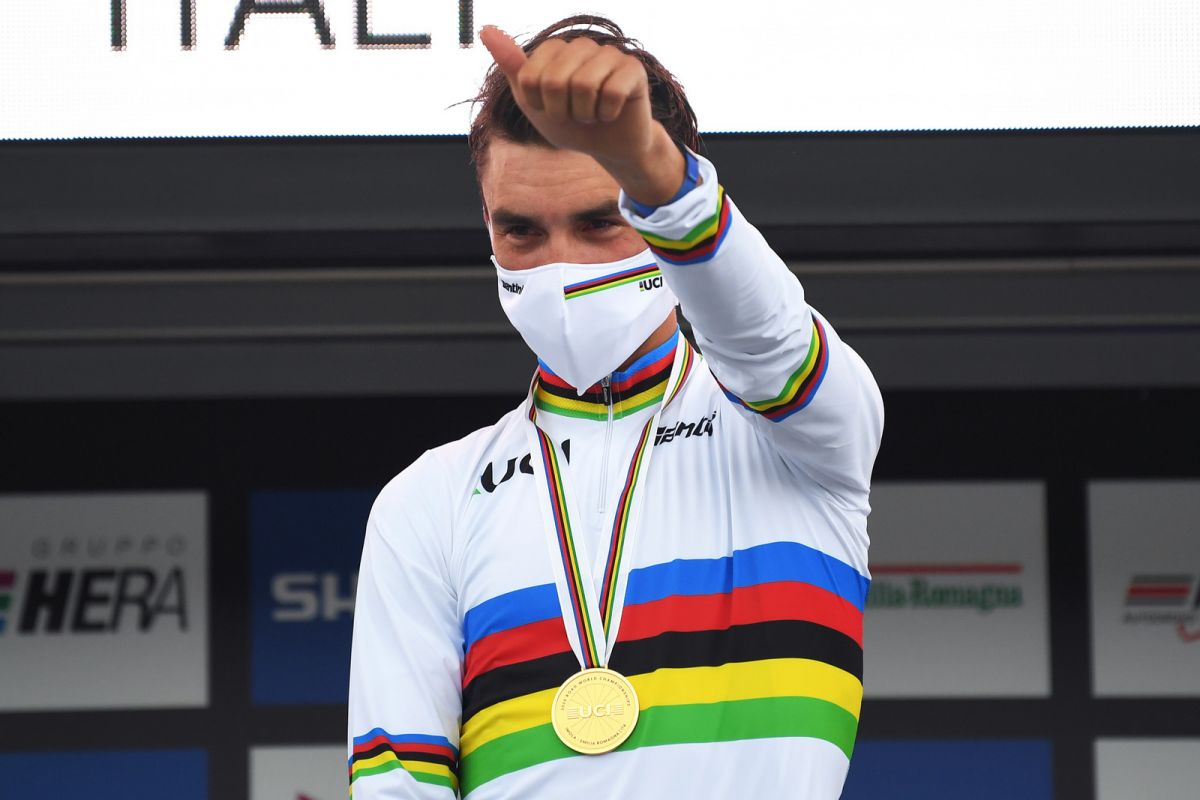 “At this moment it’s really difficult to say something. First and foremost, I want to say thank you to all my extraordinary teammates, who believed in me today, rode at the front and chased down all the attacks, and really believed in me. Becoming World Champion was one of my biggest wins. In the past, I came close, but I was never on the podium. Today, everything went perfectly and I could turn into reality this dream of mine”, a visibly emotional Julian said before the podium ceremony.

Alaphilippe, who became the fourth different Deceuninck – Quick-Step rider to win the World Road Race Championships – after Tom Boonen (2005), Paolo Bettini (2006, 2007) and Michal Kwiatkowski (2014) – dedicated Sunday’s triumph to his late father: “It’s hard for me to describe how I am feeling right now, there are so many things I think of now, so many feelings. This is my greatest victory, a win which I promised to my father I will get one day. Once I attacked with 12 kilometers to go and opened a gap, I was focused on staying at the front and going close to my limit. When I arrived alone at the finish, I couldn’t believe that my dream came true. The coveted rainbow jersey is the most beautiful one in cycling and to know that I will wear it for twelve months gives me huge pride.” 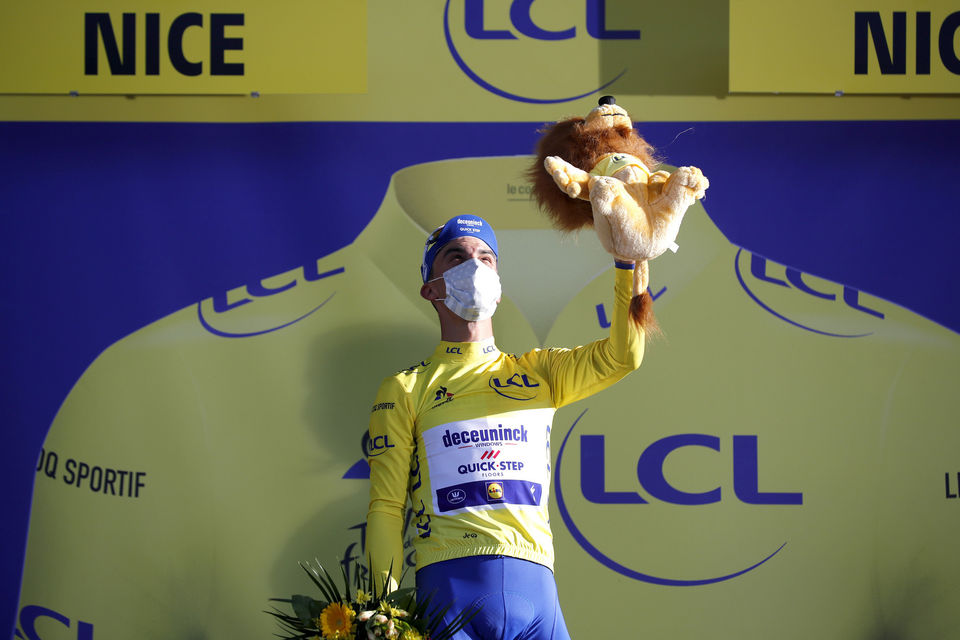 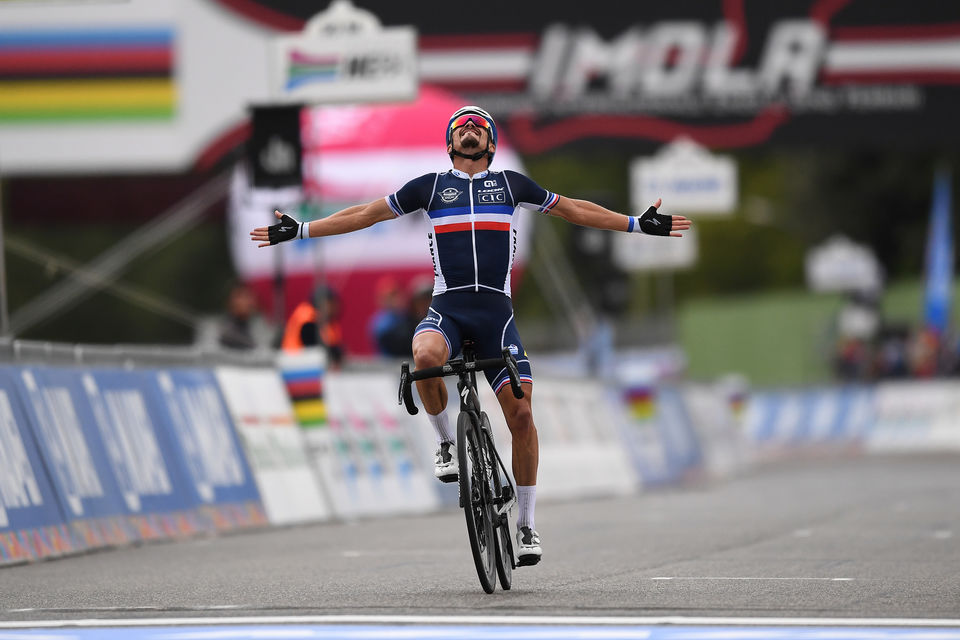