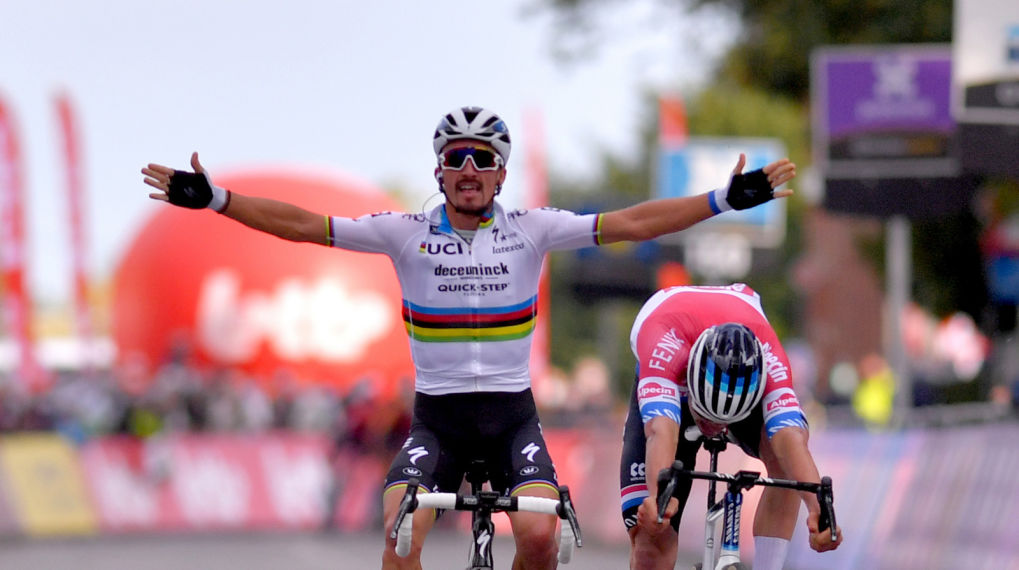 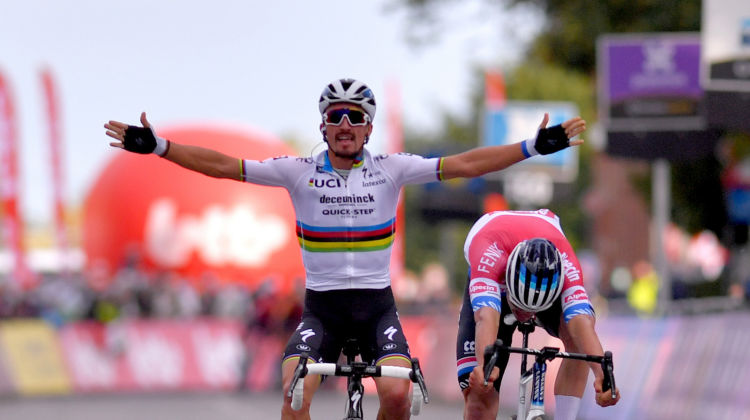 The Frenchman scored his first victory since triumphing in Imola, ten days ago.

One year after finishing runner-up in Overijse, Julian Alaphilippe took the spoils at Brabantse Pijl, adding the Belgian one-day race to his ever-growing palmares. Making just his second appearance since becoming World Champion at the end of September, Alaphilippe lined out in Leuven, supported by a strong Deceuninck – Quick-Step team, as one of the main favourites, and he didn’t disappoint.

Determined to make amends after last Sunday’s Liège–Bastogne–Liège, Julian ignited the race with 60 kilometers to go, when he plugged away from a stunned peloton, which needed some time to organise itself before making the catch. The Frenchman immediately sent his team to the front to set a searing pace and bring back the original breakaway, before doing another move, this time 35 kilometers from the finish.

Only Mathieu van der Poel (Alpecin-Fenix) could match the World Champion’s acceleration, and the duo began working together, opening a 20-second gap which saw them stay at the front until 25 kilometers to go, when the bunch got back on terms. On the Mosskestraat, one of the last hills of the day, Zdenek Stybar came to the front and drove a huge tempo, setting up another attack of Alaphilippe. The Frenchman lit up the race again, this time being joined by the same Dutch Champion, but also by countryman Benoit Cosnefroy (AG2R), together with whom he forged a 20-second advantage that proved too much for the chasing group. 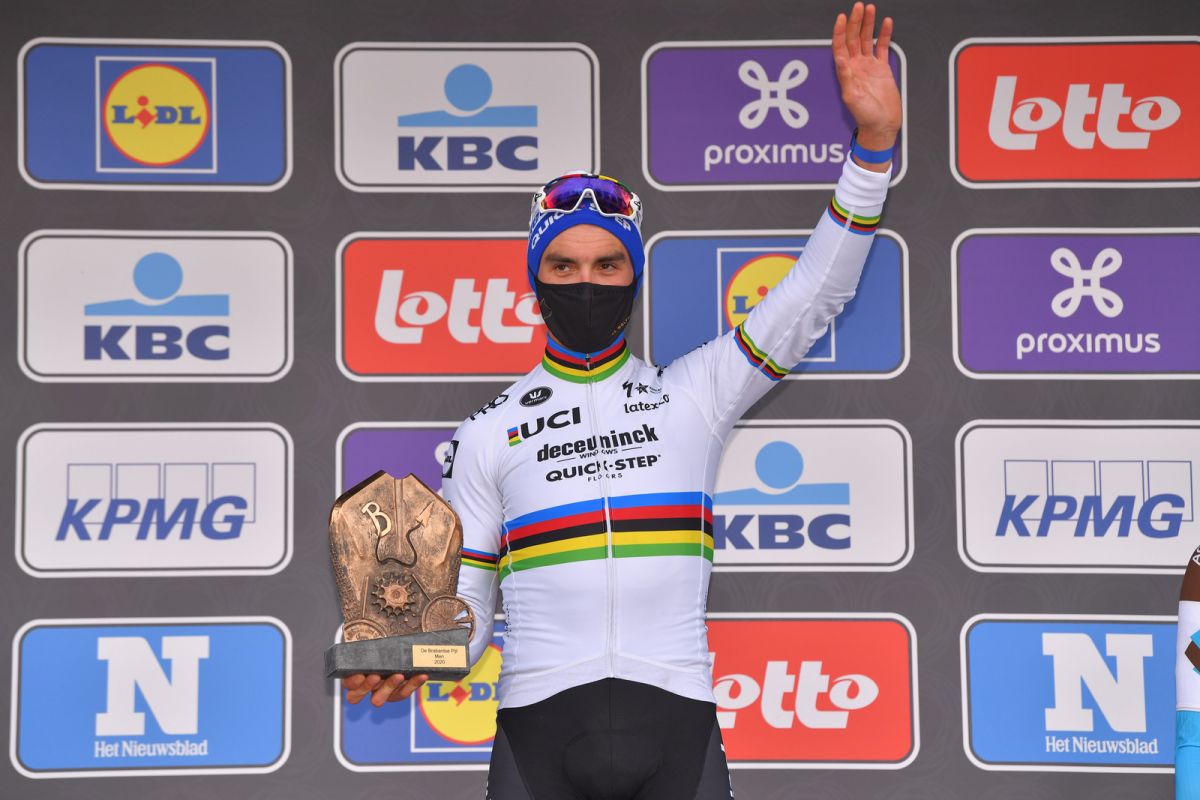 On the Schavei, no attacks came from the trio, who preferred to wait for the final 200 meters to battle for victory. Alaphilippe patiently bided his time as Cosnefroy led out, and came around with just 100 meters to go, crossing the line ahead of last year’s winner Van der Poel for a tyre’s width and putting his name on the race’s roll of honour.

“This win makes me happy as it came at the right moment after the disappointment of last Sunday. I took some time to think about what happened there and I arrived here without any pressure, just to have fun and enjoy the experience. I am grateful to the team, which was very strong, and always by my side. Dries played an important role today; he is indispensable to me, has a lot of experience, works hard for the team, is always calm and knows what to do in the important moments.”

“In the final I took the responsibility and attacked several times to make the difference. Going into the last kilometer, I had some pain in the legs, but gave my best, and although it was really close again, I’m delighted that I came out on top. I didn’t expect to win today, but I believed in my chances and I couldn’t be happier with this victory”, said the fourth reigning World Champion in history and the first in 15 years to triumph at Brabantse Pijl. 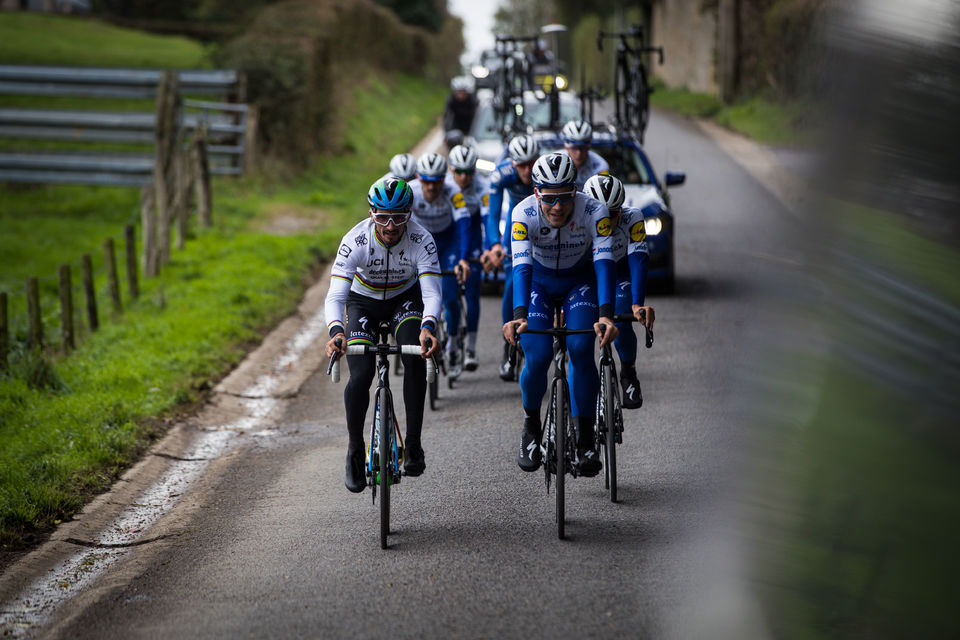 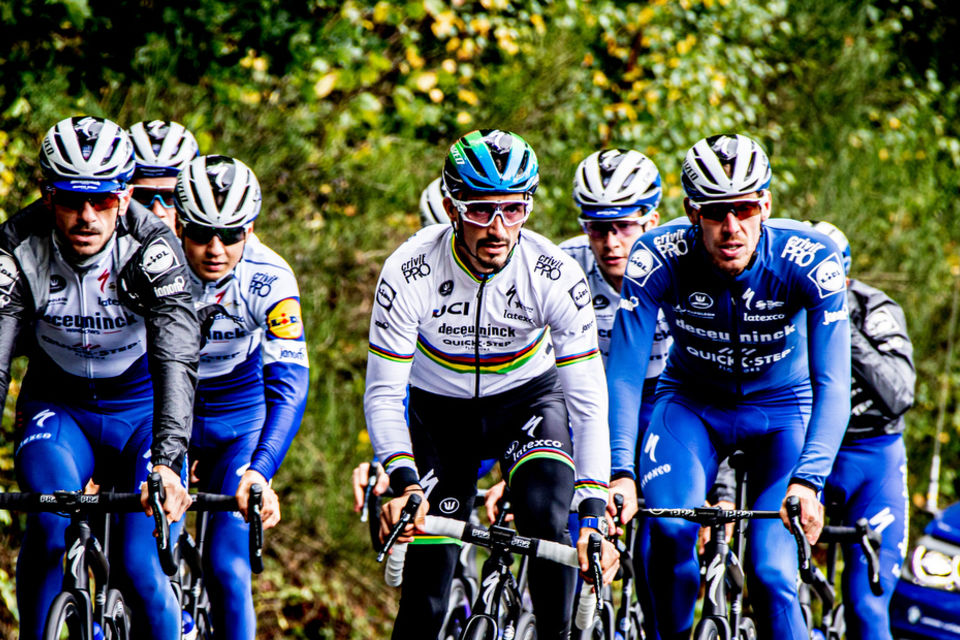 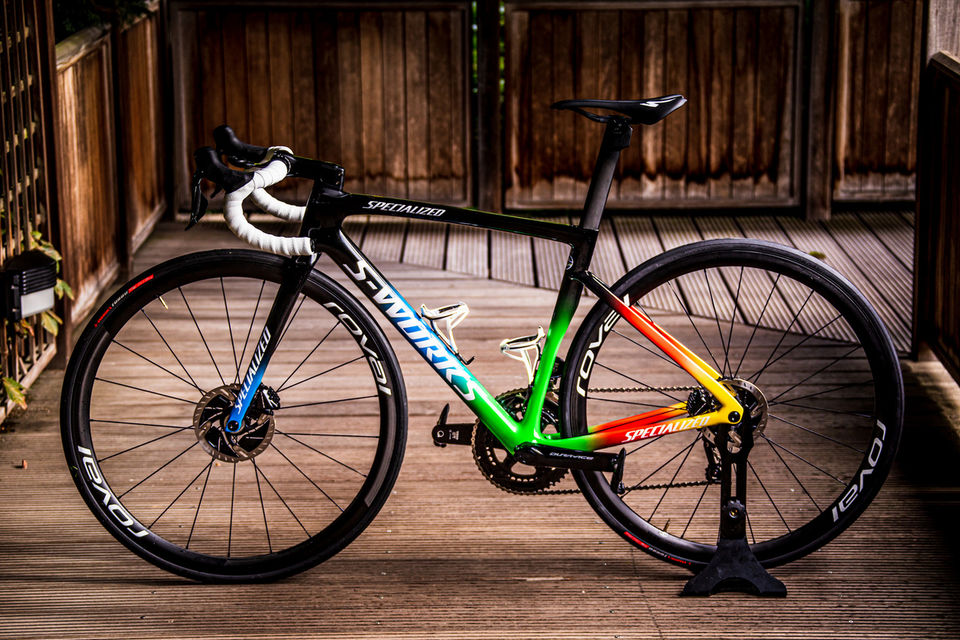 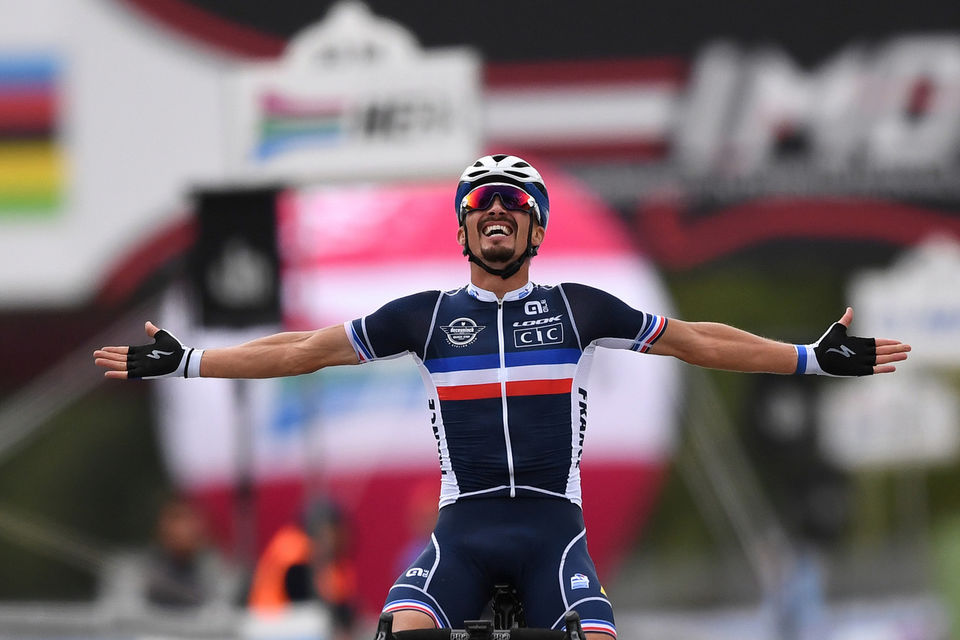 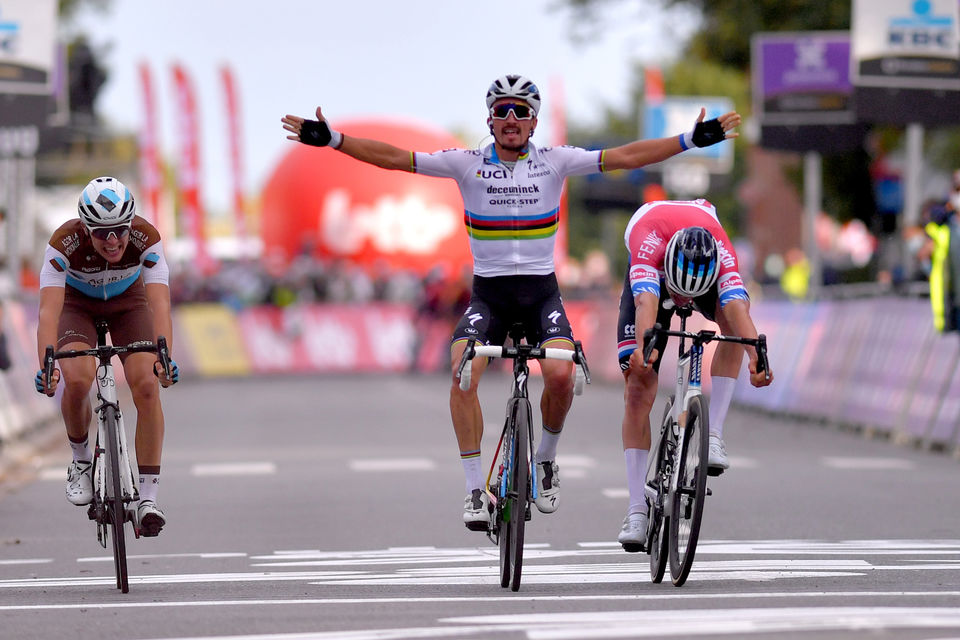