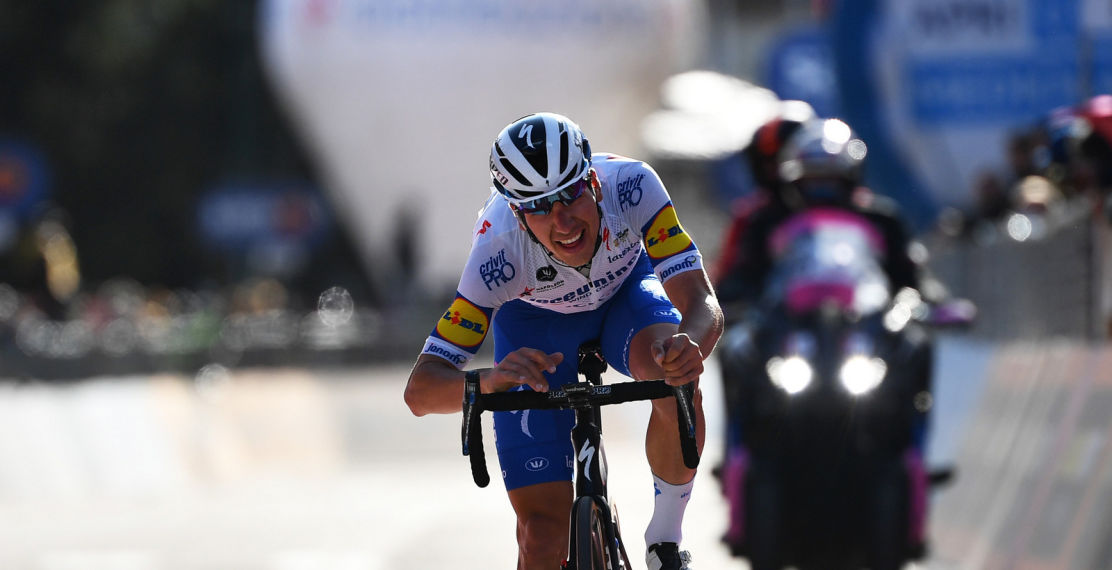 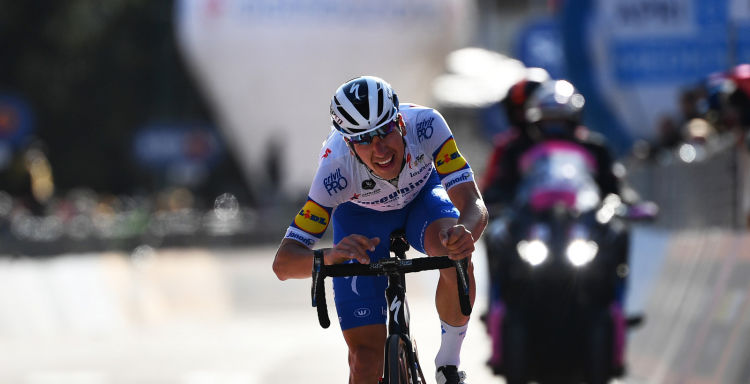 Our team fired at all cylinders on the unrelenting stage to Sestriere.

Saturday witnessed one of the best races of the year, on the penultimate day of the Corsa Rosa, and Deceuninck – Quick-Step were among the main protagonists from start to finish, displaying the unique Wolfpack spirit that has made our squad one of the best and most exciting in the peloton. Right from the gun, Davide Ballerini, Mikkel Honoré and Pieter Serry attacked and joined a sizeable breakaway group that padded out their lead to a maximum of seven minutes ahead of the three scheduled ascents of the mythical and taxing Sestriere.

The race properly exploded the second time it went up there, by which moment Ballerini was already alone at the front, having attacked his fellow escapees on the descent. The bunch was thinned out to just a handful of riders, including former leader João Almeida, who showed again a maturity and composure well beyond his years when the it came to crunch time and he lost contact with the main group. Showing incredible resilience and fighting spirit, James Knox came from behind closing the gap and immediately assumed pace-setting duties, putting in a towering work in the service of the Portuguese. 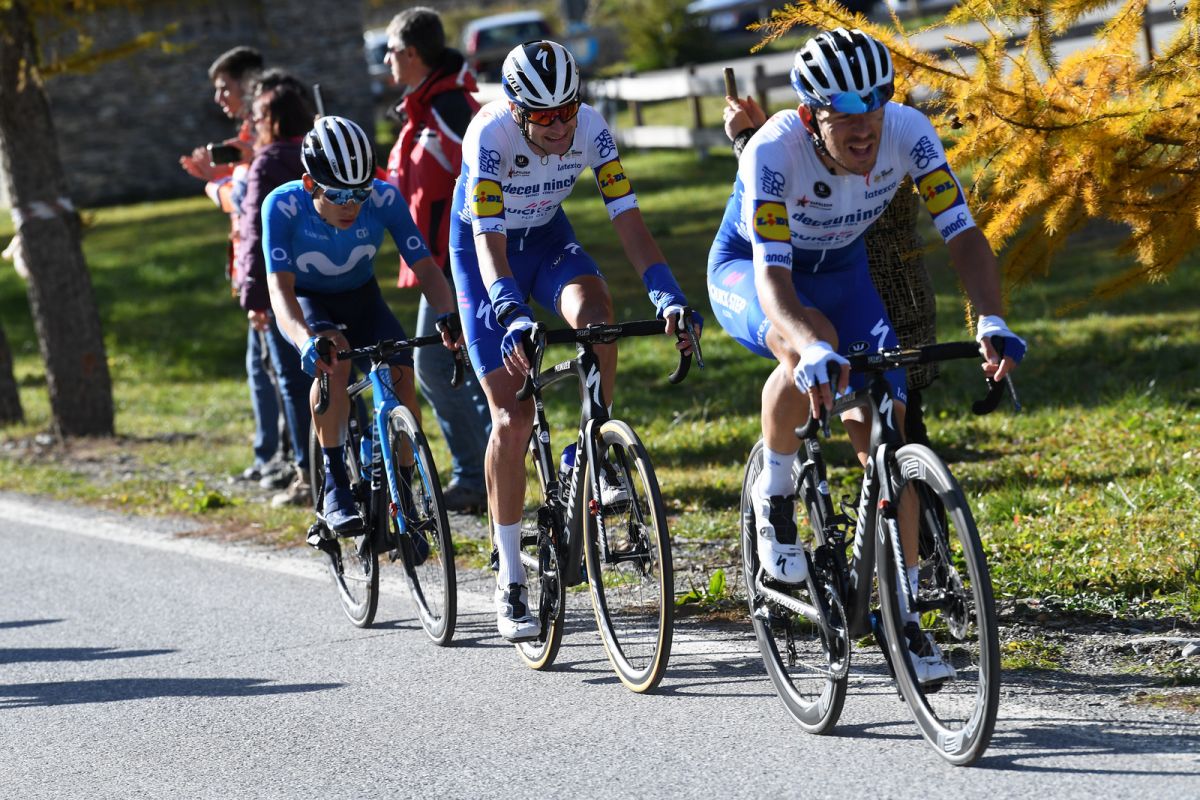 At the same time, Pieter Serry – still up the road – was joined by the small favourites group and managed to stay there until with five kilometers to go, despite the relentless tempo. Despite getting dropped, the experienced Belgian didn’t end his day there and waited for Almeida, who attacked the maglia rosa on the steepest part of Sestriere. João linked up with his teammate, who emptied himself for the 22-year-old, who then accelerated again once Pieter’s job was done.

Up ahead, Tao Geoghegan Hart (Ineos) outsprinted Jai Hindley (Sunweb), while behind Almeida got out of the saddle and kept pushing through the pain, sensing he had a chance of gaining a significant chunk of time on all the chasers. The revelation of this year’s Giro d’Italia concluded the stage in fourth place – for his tenth top 10 finish at the race – exhausted but satisfied after having made inroads in the general classification ahead of Sunday’s flat individual time trial and cementing his fifth place on the general classification.

“We rode aggressively and we can be proud of our day at the front, we showed to everyone why we are the Wolfpack. Our first plan was to have many guys in the break and try to go for the stage win with them, but we were also ready to support João in what we were expecting to be a very demanding final. The victory eluded us, but the guys were so strong and made the most out of this tough stage on a day people will remember for many years to come. Almeida proved again what an incredible fighter he is and even gained some time on the last climb, and this could prove vital in Milan, at the end of the race”, said Deceuninck – Quick-Step sports director Klaas Lodewyck. 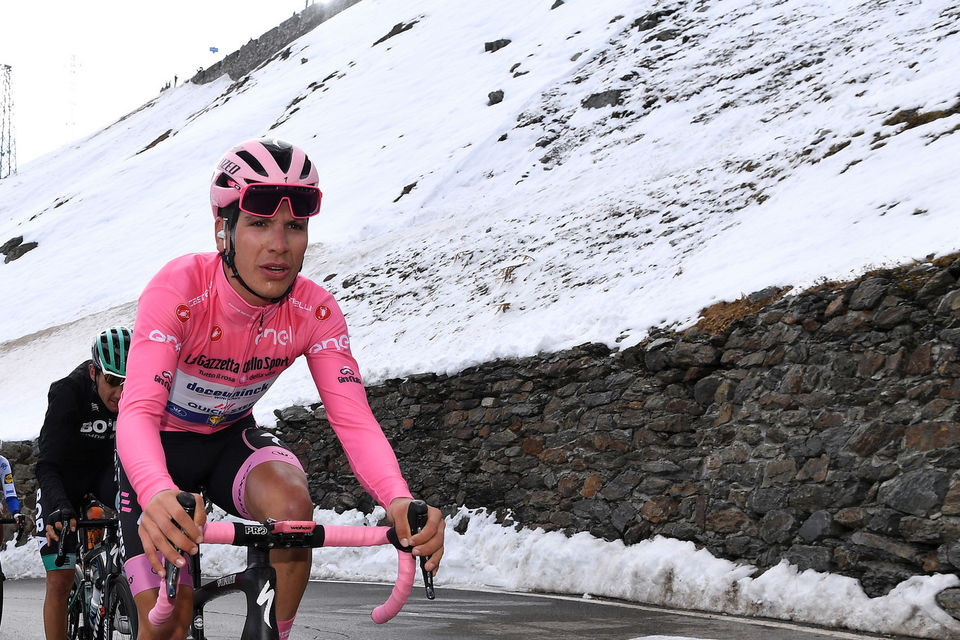 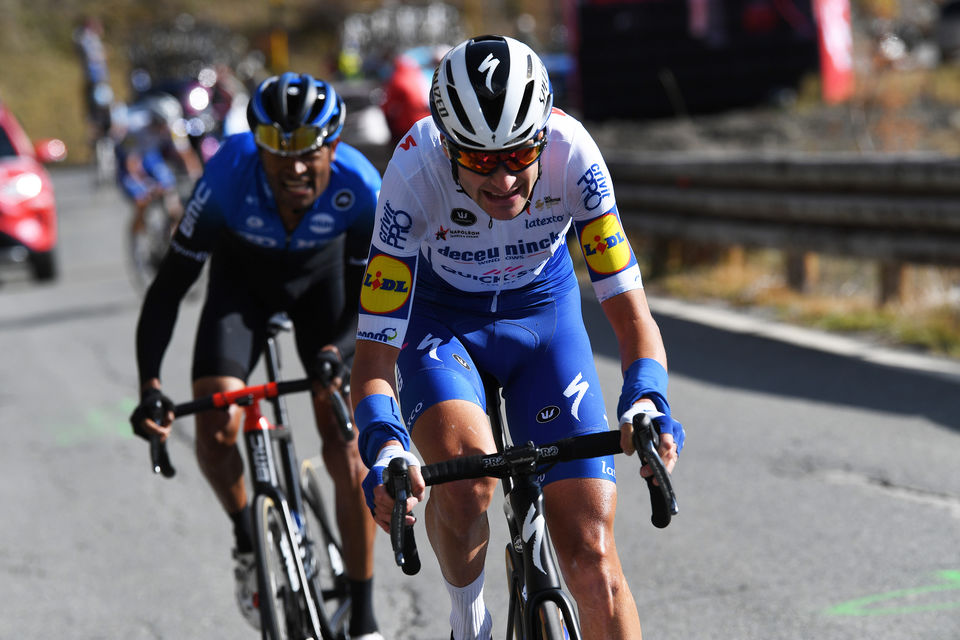