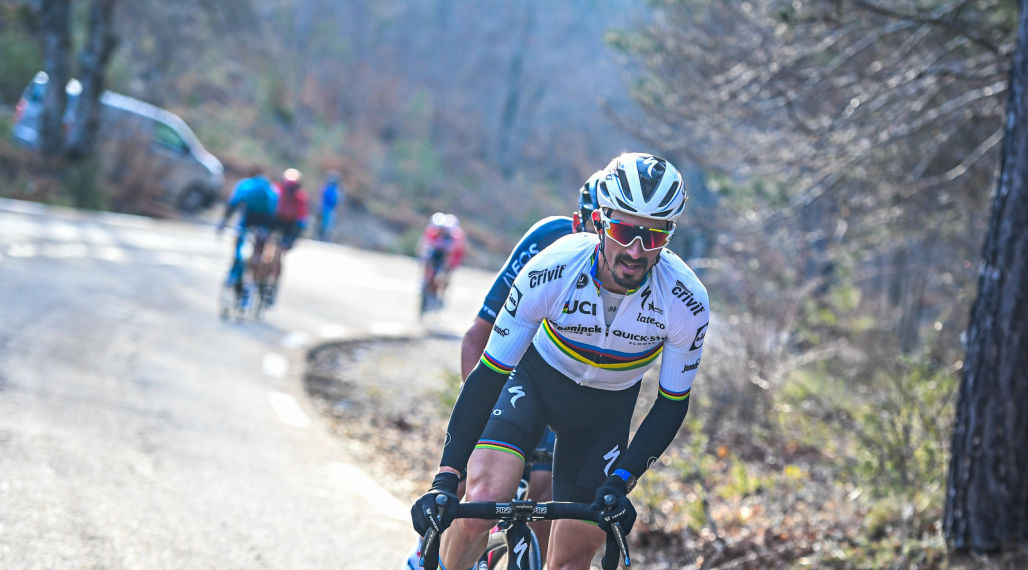 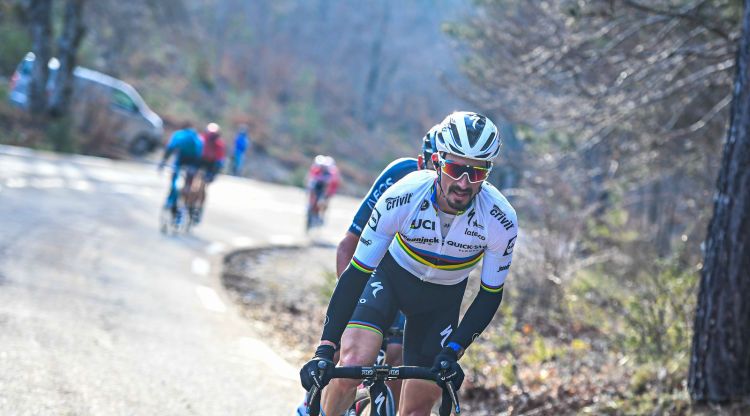 World Champion finishes third on Chalet Reynard and sits on the overall podium of the Tour de la Provence ahead of the final stage.

Julian Alaphilippe left another indelible impression, this time on the punishingly steep gradients of Mont Ventoux, which awaited the Tour de la Provence riders on a cold Saturday afternoon. The rainbow jersey wearer was in the thick of the action in the last five kilometers of the climb to Chalet Reynard (14.6km, 7.6%), when attacks came from a depleted peloton which until the base of the ascent had been led by a very impressive Deceuninck – Quick-Step.

Second-year pro Mauri Vansevenant assumed pace-setting duties as the road began to rise, producing an outstanding effort and keeping the strung-out group within touching distance of sole leader Ivan Sosa (Ineos Grenadiers) before Alaphilippe made his move with a trademark acceleration. Dancing on the pedals, the 28-year-old Frenchman set out in purchase of the Colombian inside four kilometers to go, with only Egan Bernal capable of sticking to his wheel.

Climbing superbly and breathing panache at all times despite the ascent ramping up to double-digit gradients, the World Champion launched several powerful accelerations in an effort to dispatch his companion and take back time, before eventually coming across the line in third place for his first podium of the season, which puts him in the same position on the general classification with one stage left.

“I am pretty happy with my shape. Today was a good test and I can be content with how I did on a hard climb that commands respect, even though we didn’t go all the way to the summit. The team was incredible in the way it controlled the race, from the beginning until the start of the climb. Having Mauri by my side in the last kilometers helped a lot and I am very proud of the way he rode, he was so strong and impressive and deserves to be eighth overall. We showed again why we are the Wolfpack and, at the end of the day, I have no regrets. It’s a good result, one that gives me confidence for the next goals”, Julian explained after the race. 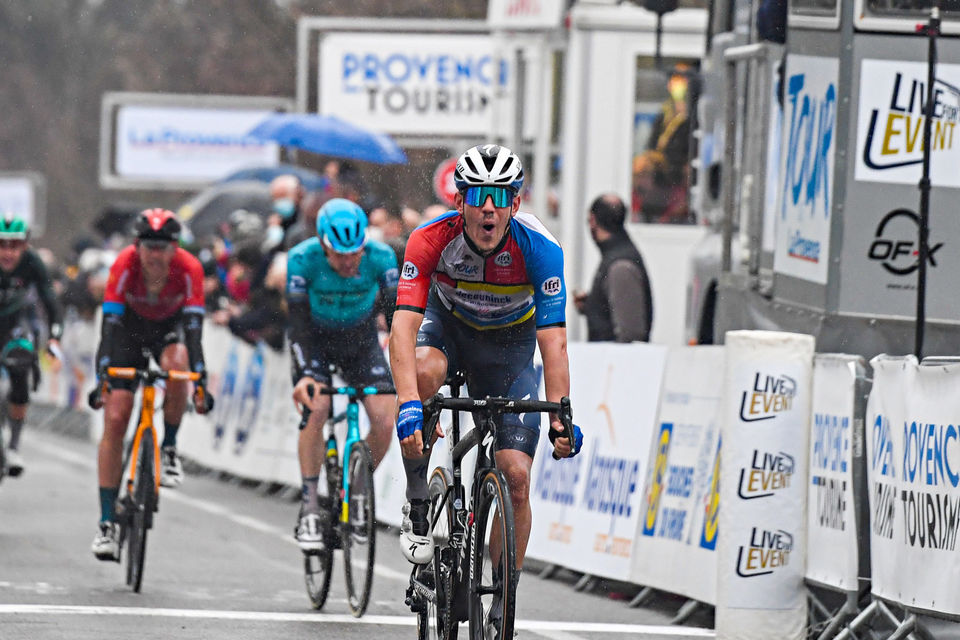 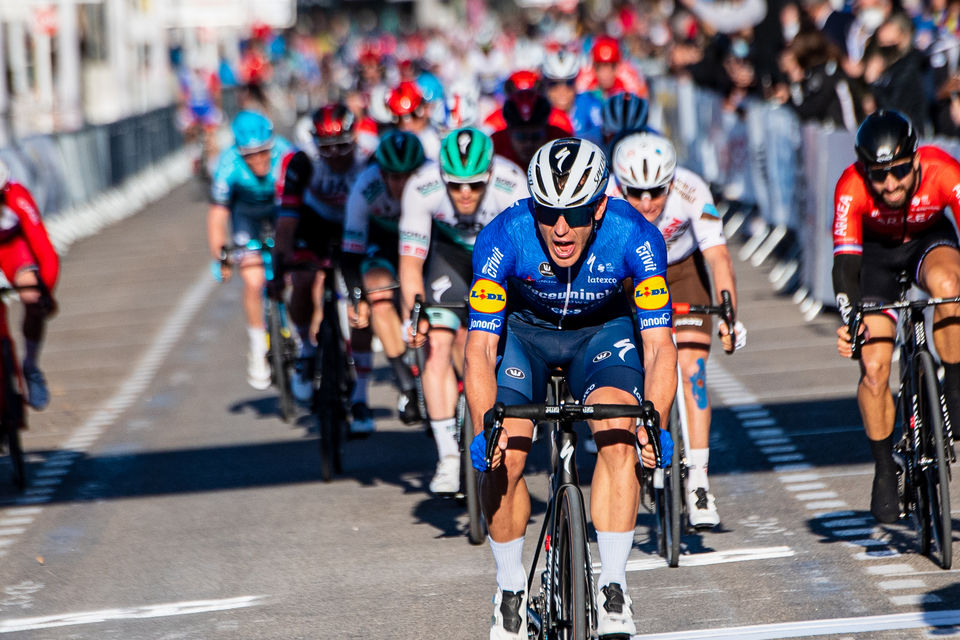 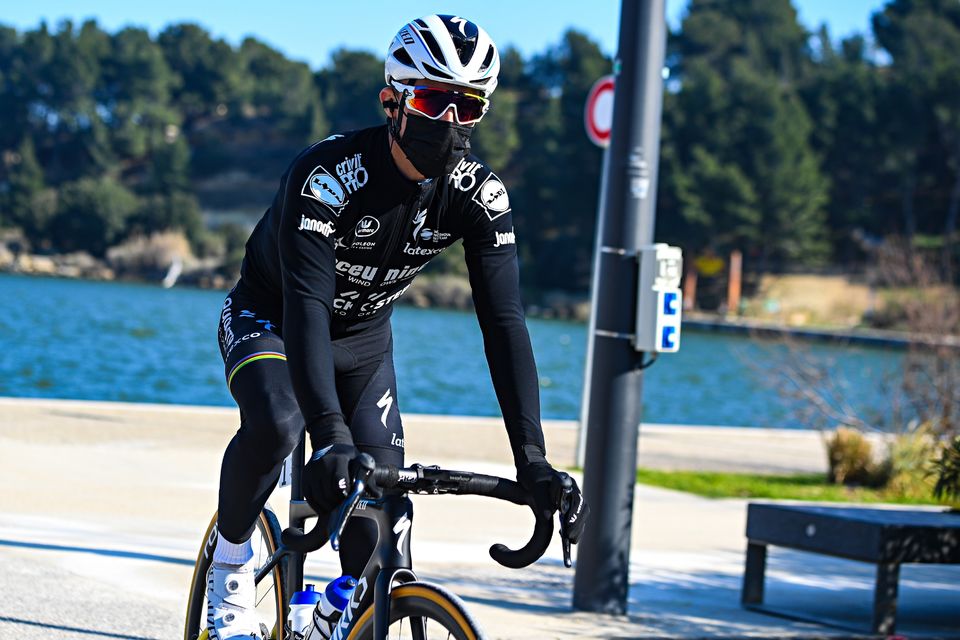