Julian Alaphilippe and Kasper Asgreen shared their thoughts ahead of this Spring’s only cobbled Monument.

Easter Sunday brings one of the most important events of the year, De Ronde van Vlaanderen, which the Wolfpack will race with a slightly different name, Elegant – Quick-Step. Elegant – which is Deceuninck’s spectacular window series – returns across the chest after being sported by our team six months ago at last year’s edition, and the jerseys worn by the riders on Sunday will go after the race on an online auction to support the Kom op tegen Kanker organisation.

One of these jerseys will be the one of Julian Alaphilippe, who will make his second consecutive outing at the Ronde van Vlaanderen with the iconic rainbow jersey on his shoulders, a feat that one other rider has achieved throughout history. The 28-year-old Frenchman crashed at his debut here after the powerful attack he launched from the distance shaped what turned out to be the winning move, but going into this edition, he is not thinking of the what and ifs of last season.

“I got a lot of questions about what happened in 2020, but this isn’t on my mind anymore. I turned that page and am fully focused on Sunday. It’s a special feeling, and at the same time, an immense honour to race Flanders in the rainbow jersey again and I want to enjoy every moment of it”, said Julian, who also talked of the team’s tactic for De Ronde. “It’s one of the biggest appointments of the year, an adrenaline-filled race and we want to perform well. We’ll see how it will unfold, but I don’t have a certain scenario in mind. The best scenario is the one that ends with the team winning the race.” 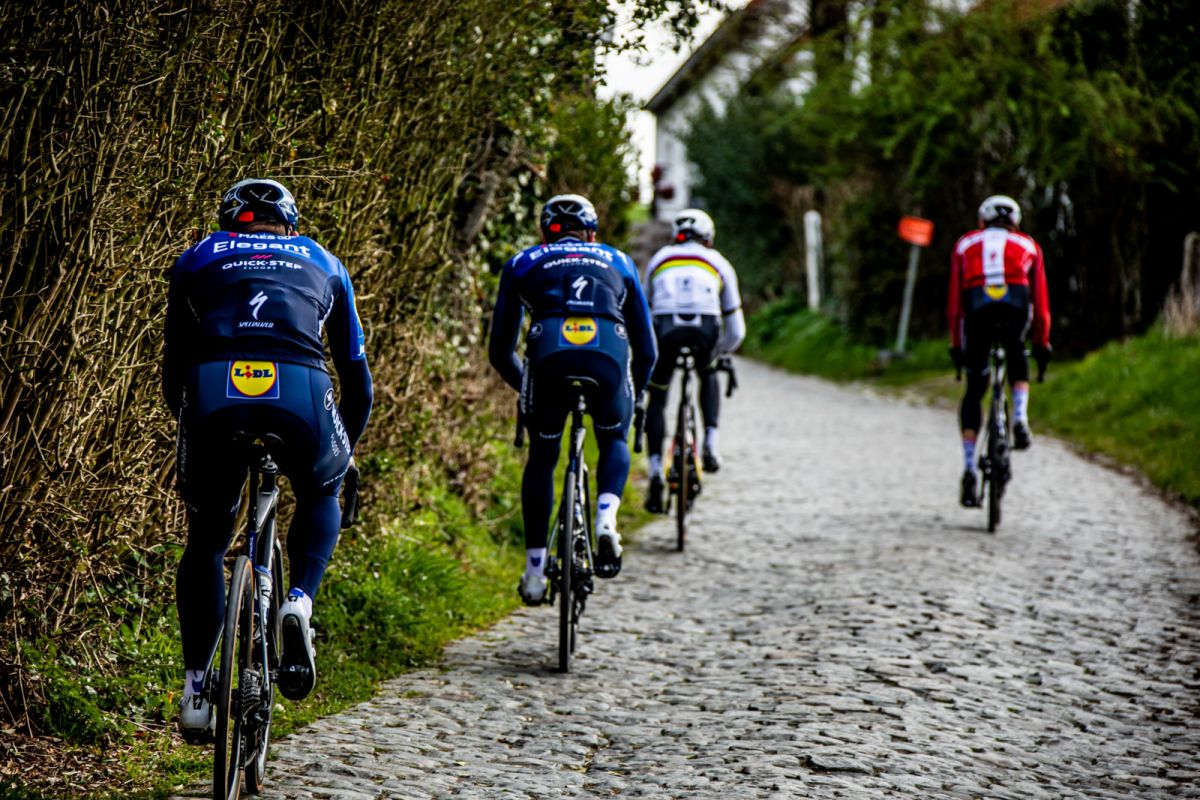 Another rider to return at the start in Antwerp is Kasper Asgreen, who rode to an incredible runner-up spot in 2019, at his very first presence in the race. Since then, the Danish Champion made a name for himself in the cobbled Classics, winning Kuurne-Brussels-Kuurne and, most recently, E3 Saxo Bank Classic, each time on the back of stinging solo attacks that left the peloton unable to respond.

“I am confident that my shape is where I want it to be and I can play a role for the team on Sunday. Winning E3 felt great, especially as it came after a fantastic display of teamwork, and this makes me confident that if we race the way we did last Friday, we’ll have a good chance of being in the mix again. Flanders is a long race and a lot of things can happen, but one of our biggest strengths is that we have several riders who can do something and that boosts our morale ahead of this race, which has become even more important with the postponement of Paris-Roubaix”, said the 26-year-old Dane.