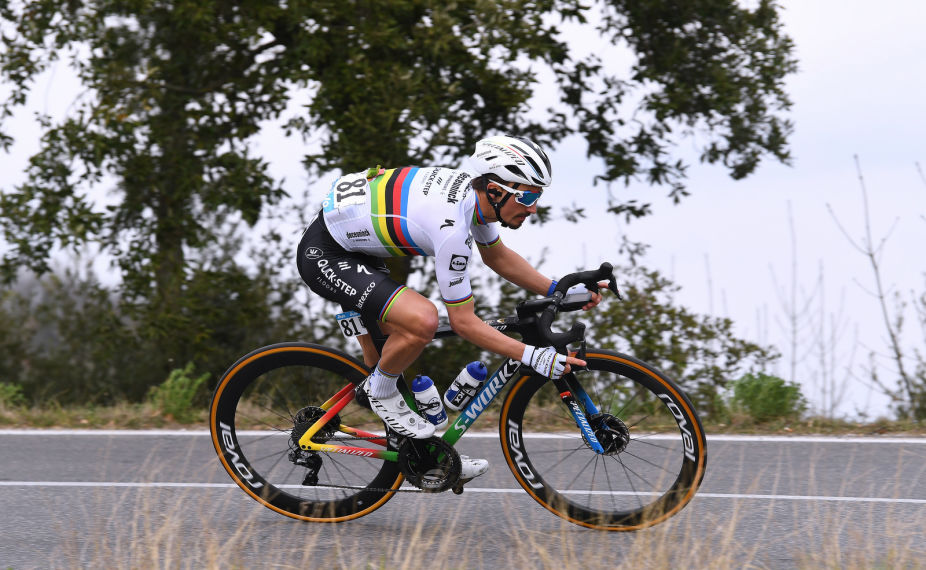 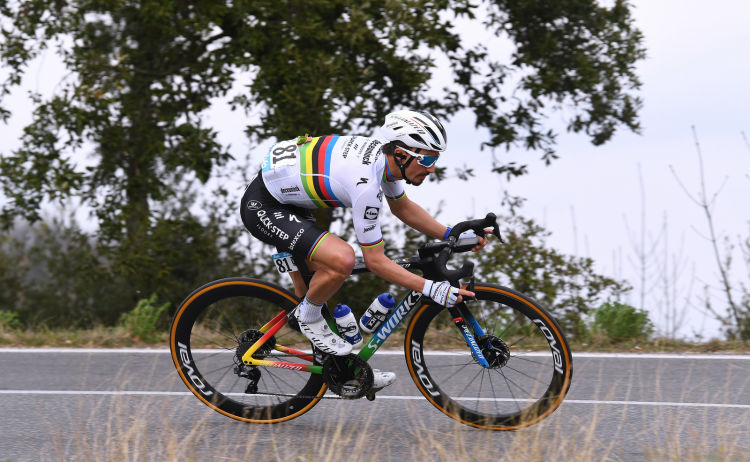 The UCI World Champion adds three years to his contract with the Wolfpack.

At the end of 2013, a young Julian Alaphilippe – who had impressed earlier in the year, claiming a stage win and the points jersey at the Tour de l’Avenir – was signing his first pro contract, joining our team as one of the most promising riders on the U23 scene. Fast forward eight years, and the Frenchman has established himself as one of the peloton’s biggest stars, having clocked up more than 30 victories with Deceuninck – Quick-Step.

The world title, Milano-Sanremo, Strade Bianche, Clasica San Sebastian, a pair of wins at Flèche Wallonne and five stages at the Tour de France – where just two years ago he captured an entire nation’s heart – are the results that stand out in the palmares of Julian, who backed by a strong Deceuninck – Quick-Step team, has continued to improve season after season, until the point he became one of the most versatile and spectacular riders in the bunch.

Fresh off a solid ride at Ronde van Vlaanderen, where he played a part in the squad’s success, the World Champion signed a contract extension with the Wolfpack, which will see him ride for the UCI World Team Classification leaders until at least the end of 2024.

I’m very happy to extend my stay with the team. It was the logical thing to do, and at no moment there was the question of doing anything different.

“I look forward to continuing with this family and I want to say thank you to Patrick and the sponsors for the confidence they have shown in these eight years and continue to show. It’s incredible to think of what we achieved together and all the beautiful memories we have. We are the Wolfpack and we race to win. It’s our mentality and one of our strengths, we all go in the same direction, and this is one of the reasons I feel good here and do what I do with immense pleasure. I am looking forward to more great results with Deceuninck – Quick-Step this season and in the coming years”, said Alaphilippe after putting pen to paper.

The UCI World Champion also looked back on his first year with the squad and the role he now plays within the Wolfpack: “I still remember my first meeting and my first race with the team like it was yesterday. I remember being excited and eager to discover cycling at the biggest level. I was the only French rider in the roster at that time and I got precious advice from the experienced guys. I was extremely motivated to improve and show the team I want to become better and win races. That’s what I did in these past eight years, and at the same time, I discovered myself and learned more about me. It’s special to think that now I am one of the most experienced riders in the team and I help the young riders, to whom I am always happy to give advice and help make important progress and become better. It shows you how time flies, but also what a great family, as I already said, we all are.”

Deceuninck – Quick-Step CEO Patrick Lefevere was delighted to have Julian continue with the team: “It is fabulous news that Julian has agreed to stay with us for three more years. He joined the team as a fresh-faced 21-year-old, and while we knew that he had talent and ability, to see him grow into the stature within the sport that he has today, makes us very proud. He has achieved so much in that time that it is difficult to begin to list everything, but perhaps the most iconic are the beautiful jerseys that he has held. He really caught the public’s attention when he won in the mountains jersey at the 2018 Tour de France, and then having yellow for so long in 2019 and having it again in 2020 was a bit of a fairy tale. And he followed that up last September, with his unforgettable solo win in Imola to take the World Champion’s rainbow jersey, which was very emotional for all of us.”

“We have seen him grow as a rider but also as a person. People gravitate to him because he has the personality of a leader but also of a fantastic teammate, working hard for the whole team – we saw recently at the Ronde van Vlaanderen just how much Kasper’s victory meant to him. He is a true Wolfpack member that embodies the spirit of everything we are trying to create and achieve and I am very happy that he will be with us for what we hope will be three more beautiful years”, added Patrick Lefevere. 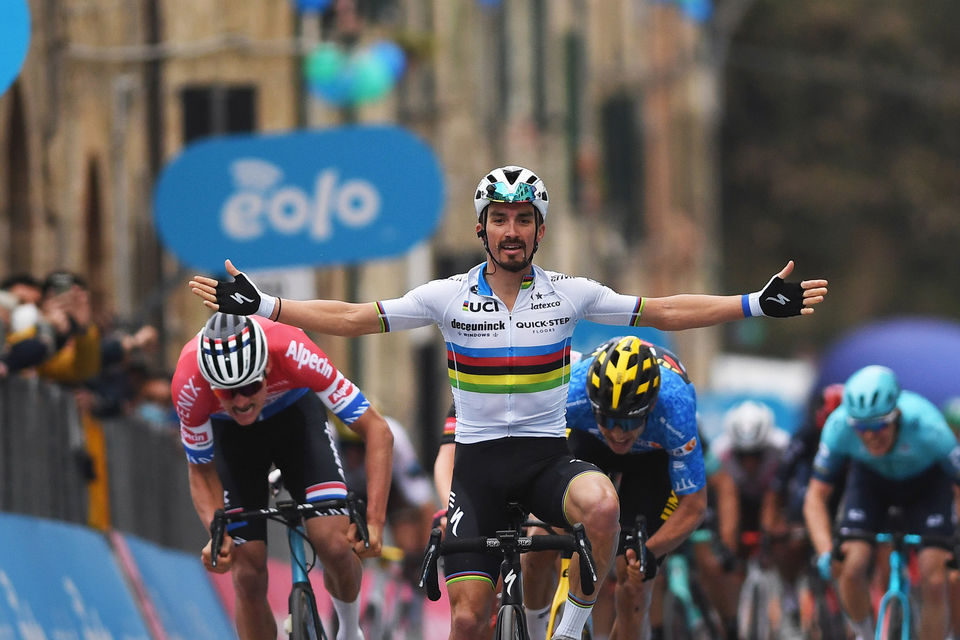