The best lead-out man in the business adds two years to his contract with the UCI World Team Classification leader.

Deceuninck – Quick-Step and successful sprint lead out trains have become synonymous over the years, with the team becoming famous for delivering their sprinters to victories in a variety of races. And while it is the quick men that takes the headlines, it is often the crucial work of the team that puts them in a great position on the finishing straight that can make the difference.

Like the feint a boxer makes before delivering a knockout punch, or the off the ball run a footballer makes to distract a defender and make space, Michael Mørkøv is often that part before the final part of the move, with the lead-out man perfectly delivering his sprint partner on countless occasions. And it is because of those skills that we are delighted to announce that the Danish rider has agreed to stay with Deceuninck – Quick-Step for another two years, until the end of 2023.

I am very excited to extend my contract with the team. I feel really appreciated by Deceuninck – Quick-Step all the way from Patrick to the staff, the sports directors, and my fellow riders.

“All you can wish for from a job is to feel appreciated by your colleagues. I really feel like I belong in this team and I am delighted to be staying. I have the Olympics this year, which is a big personal goal of mine, but away from that all my targets are team related – my goal is to be able to help my teammates takes as many wins as possible. This has really been a focus of mine for the last couple of years and I thrive on it now and I know where I want to improve”, said the experienced Dane.

Deceuninck – Quick-Step CEO Patrick Lefevere was eager to add to the growing number of voices that are proclaiming Mørkøv’s talent: “I have said several times in the past that I think he is the best lead-out man in the world. You can see a pattern across many of our sprint victories in that we have a strong train and Michael is the final part of that. He knows exactly where to be at the right time, he is a calm and collected character, and our road captain in the big races. Having his knowledge and experience, as well as his skills on the bike is vital and I am very happy that he will be with us for two more years.” 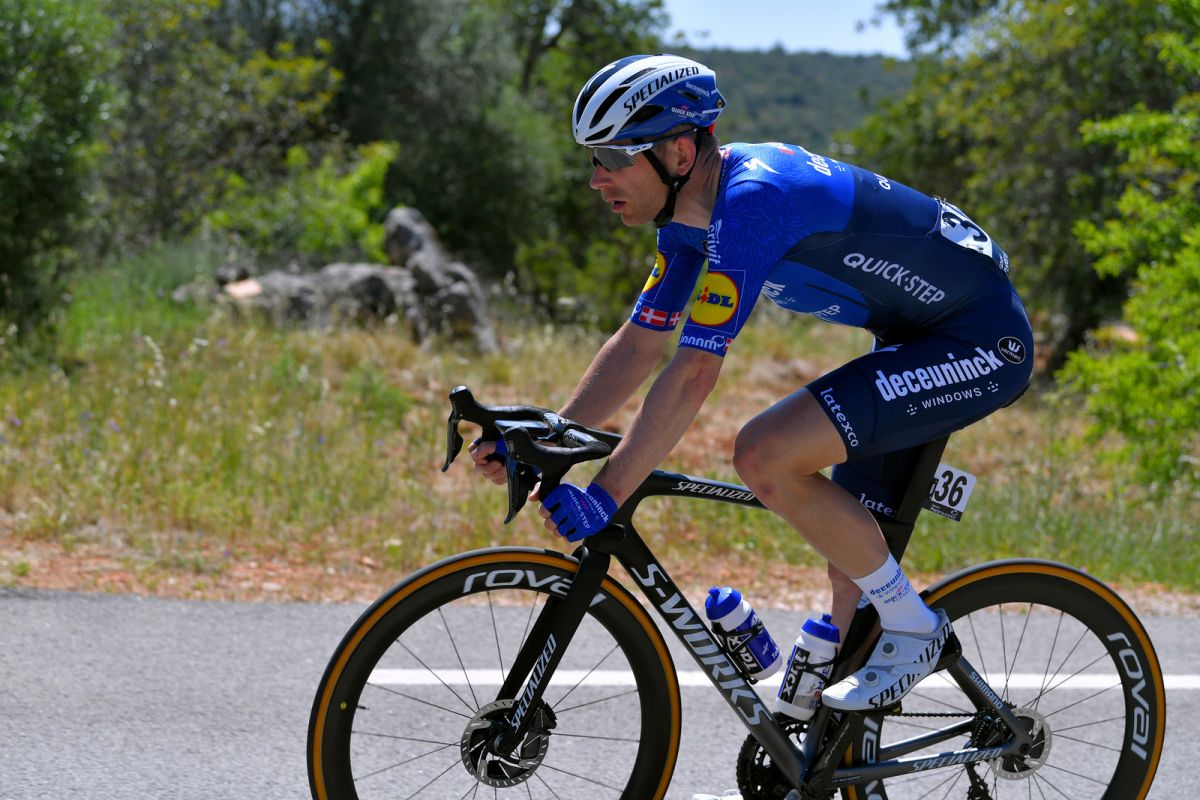 To help explain how Michael become so highly regarded, the three-time Danish Road Race Champion told of how he came to find his role.

“Being a lead-out man is something that came as my career evolved over time. When my career started, the team I was with didn’t really have a ‘sprint lead-out’ culture – we had good sprinters and we did a lot of work for them man for man, but we didn’t build up the same formations as we now recognise. Then I moved teams and I started to work in a more recognised way with a sprinter and learned a bit about the role, but it was after I joined Deceuninck – Quick-Step in 2018 that I started to really learn what being a lead-out man meant.”

“The guys really recognised my potential and we started to work on my development in that position. It was a huge thanks to the history and knowledge that the team have about the subject of sprinting, with sports directors like Tom Steels knowing the intricacies of a bunch sprint and how they work. The team have really helped me develop my skills and I really feel that is the right place for me to continue to develop. Also, I am very much aware that my lead-outs and our victories are based on the work that the rest of the team do to deliver us there and I don’t think I could have been anywhere near as successful on a team that did not have such great riders, or a different collective culture.”

Many watch in wonder as to how Michael can be so consistently be in the perfect position almost every time he reaches the finish line, but this is not by accident. “I always try to prepare myself as much as I can before every race, studying things like the parcours, weather conditions, opposition riders and the way in which we think the race will be raced. But at the end of the day, when it comes down to a sprint, it is my instinct that makes the final decisions. It takes quite a bit of preparation, but you have to trust your instinct at moments like that and use the experiences I have from previous races.” 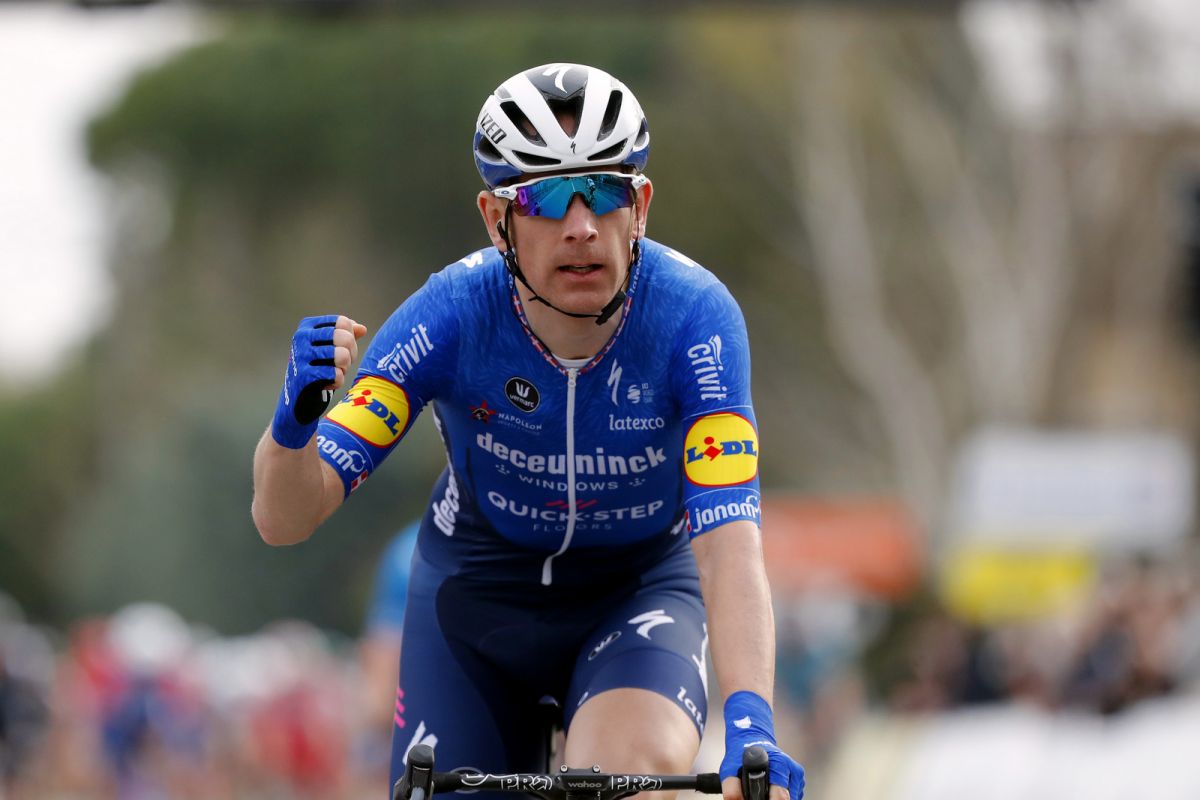 Morkov is softly spoken and mild mannered yet his unwavering confidence is perhaps his most important asset: “I have learned to completely trust my instinct. It is an instinct that has developed as I have gained more and more experience over the years, which a massive advantage and means when we reach the important points of the race, I have a pretty good idea of what is going to happen. What works for me really well now is that I am at my highest level physically but also mentally, which added with my experience gives me the skills to navigate the sprints.”

“I am also a calm character which is built into my personality and it helps me just think about the things that I can influence. It means that I can let the race come to me rather than trying to force a situation. It is something that I enjoy trying to work with the younger guys on when we are at races. I still have a moment when we have a win that I get emotional, and I can let out a roar. I saw the video that the team made about the Tour de France last year and I was a bit surprised about how much emotion I showed but I am also a winner myself and I want to win with the team. You should analyse the sprints that we lose most and try and work out what happened, but sometimes I find it too painful, and I really want to watch the ones that we win. If we lose then it is usually because the guys that won are better, but sometimes we lose because of a silly mistake and when we do that we know why and don’t need to over analyse it.”

Michael added to this, when he spoke of how he has enjoyed working with developing sprinters, as well as the more experienced riders, having formed partnerships with a variety of riders over time.

Especially with the position that I have as a more senior rider in the team, I love helping the younger guys.

“It is nice when they recognise that, and they come and ask me for help and advice. I remember when I was a young rider and there were a few guys that you would like to approach to get tips from. For me it was people like Stuart O’Grady or Jens Voigt, who I was always trying to approach on a training ride. It makes me feel proud when a young guy approaches me and thinks that I can help them. It could be tactical advice in a race but it could be more general stuff on how do I set myself up us a pro rider, where is the best place to base myself to live, or how do I look after my condition. In the years that I have been with the team we have always had a lot of young and talented guys that develop really well and I enjoy working with them.”

Mørkov has clearly enjoyed his time with Deceuninck – Quick-Step so far and while he reminisced, he couldn’t help looking to the future: “Up until one or two years ago I used to have one to two lead-outs that jumped out in my memory, but I have to say now I have been involved in quite a few good ones, it becomes harder. I have great memories sprinting with Elia (Viviani), I have great memories with Alvaro (Hodeg) and Fabio (Jakobsen) and obviously with Sam (Bennett). One of the biggest was in Paris last year. The emotion that I have already mentioned was real and when I swore in to a camera, shouting “that was a ******* dream!”, it wasn’t a joke – to win on the Champs-Élysées with the green jersey is still the dream and it was amazing to be part of it. But also, in 2019 to be with Julian in yellow for 14 days was very special.”

“I am so happy to stay with this team for another two years. I like to think that I am a loyal guy and I love to be part of this team, and I am delighted to have the opportunity to stay. I am as motivated now as I was when I was 21 and I look forward to making many more memories in the team. I still get the buzz and excitement whenever I go to a race and I am not quite ready to collect my pension yet”, added Michael.