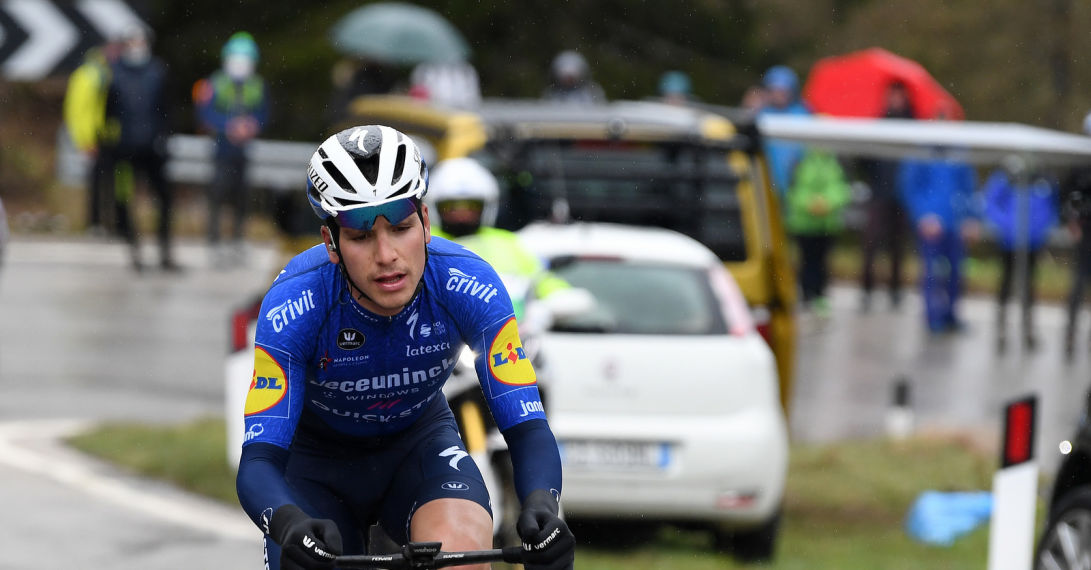 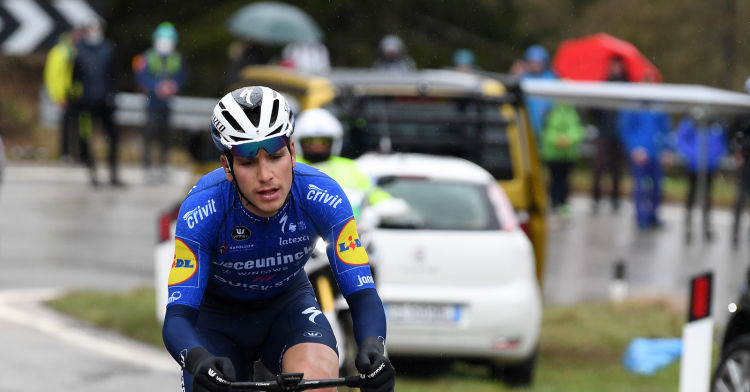 The Portuguese all-rounder delivered an impressive ride on a brutal day and finished sixth.

João Almeida edged his way back in the general classification at the end of the weather-shortened stage 16, which started in Sacile and finished in Cortina d’Ampezzo, where the race returned after nine years. Three minutes outside the top 10 overall at the beginning of the day, the 22-year-old was keen on improving his position, and that was precisely what he did, after an audacious day spent at the front in pouring rain.

Almeida joined a 24-man group who went up the road in the 155km stage that featured only Passo Giau, after the organisers decided to take out Passo Fedaia and Passo Pordoi due to the miserable conditions out there. On the slopes of the first climb, only six riders, including João, were still at the front, but after enjoying a heartening maximum advantage of six minutes, they started the Giau just two minutes ahead of the chasers as a result of a serious injection of pace in the peloton.

Caught and distanced by the maglia rosa some four kilometers from the top of this neverending ascent, the race’s Cima Coppi this year, Deceuninck – Quick-Step’s Portuguese fought valiantly on the punishing gradients, bridging to a small chasing group and even making up time on the descent. Eventually, João finished sixth in Cortina d’Ampezzo, and this effort paid off handsomely, as Monday’s result elevated the man from Caldas da Rainha three places in the rankings, up to tenth, with just five stages remaining.

“I felt good today despite the rain and cold. I wanted to go for the stage win, that’s why I attacked and joined that move, but the peloton was really strong and rode really hard, as they had other plans today. In the end, it wasn’t a bad day. I did my best and I’m happy to have gained a few places in the general classification. There’s still a long way to Milano and a lot of hard stages left, but we’ll continue to take it day by day and see where that takes us”, a smiling João said after his strong day in the rain. 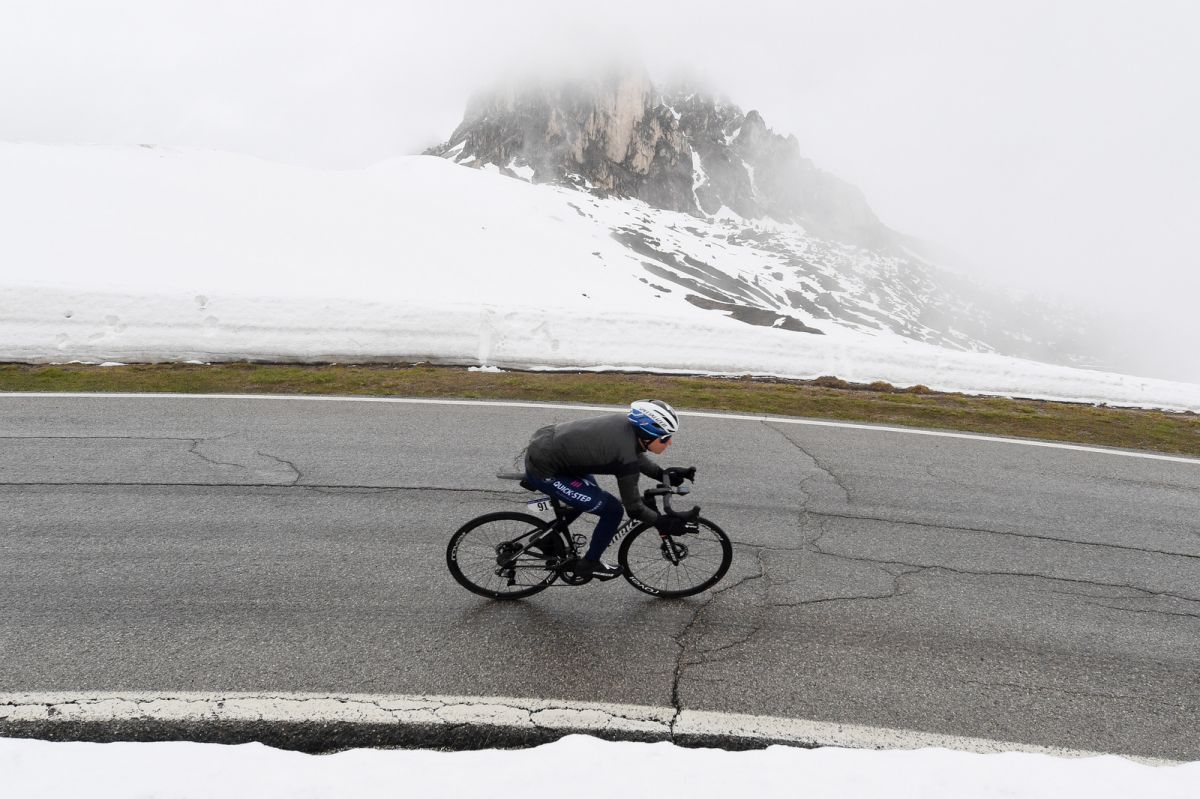 For Remco Evenepoel it was a day of suffering, as he concluded the stage more than 20 minutes down on the winner, but not even this could dampen his morale: “Losing that much time shows that I didn’t have a good stage and I really felt the fatigue of the past two weeks in my legs, there’s no shame in admitting that. I said even before that I didn’t have any expectations coming into the race after that lengthy injury and with just two months of training, so I don’t think everyone thought I could be in top form for three weeks. At the same time, it’s a learning process that I am sure will help me in the future. I am happy for João, he worked hard for me in the last couple of days and deserves to be in the top 10, so we’re going to help him in the next stages to remain there.” 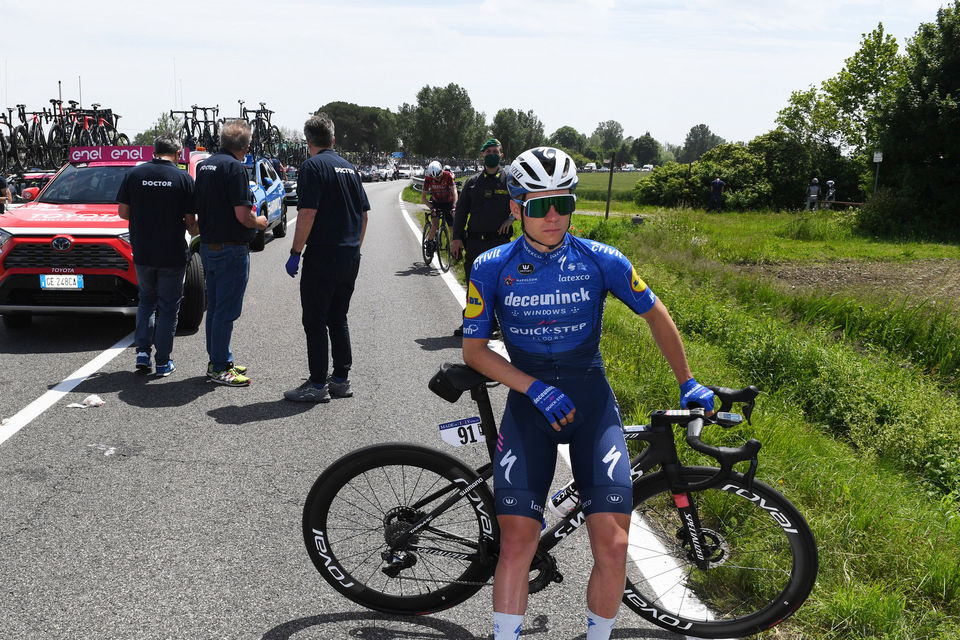 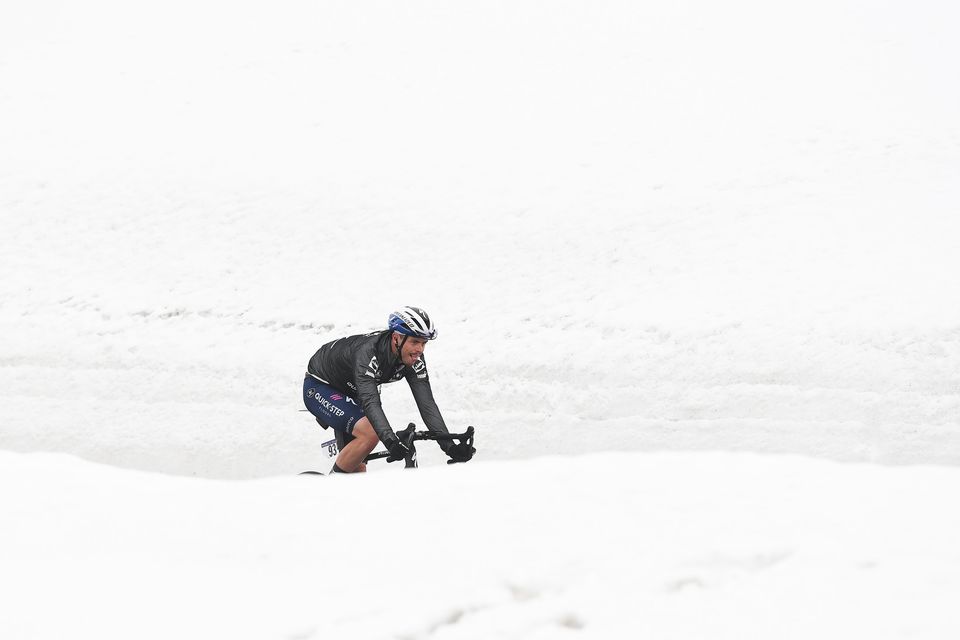