Deceuninck – Quick-Step’s Frenchman remains one second from the GC lead after another strong showing at the World Tour race.

Julian Alaphilippe was again on the offensive at his penultimate appearance before the Tour de France, launching a move from further out, on the short but hard Rütsch climb. Seeing he had a gap on a fragmented peloton, the World Champion kept pressing on the descent and made it a selective race, despite more than 20 kilometers separating him from the finish.

His acceleration forced the chasers to put in a stern effort in order to bring him back just ahead of the intermediate sprint, where Mattia Cattaneo jumped from the bunch and grabbed three bonus seconds that at the end of the day elevated him to fifth place in the overall standings.

Several other riders followed suit, hoping they would manage to hold off the peloton, but a concerted effort of the teams interested in a bunch sprint brought everything back together with the flamme rouge in sight. Mauri Vansevenant led into the final kilometer with Alaphilippe tucked behind him, and as soon as he peeled off the front, the 28-year-old Frenchman opened his sprint and took a solid third place in Pfaffnau, behind Mathieu van der Poel (Alpecin-Fenix) and Christophe Laporte (Cofidis).

“I’m satisfied, because the feeling on the bike was good and the team rode a good race again. After attacking on the final ascent, I found myself suddenly alone at the front, and as I wanted to test the legs, I kept pushing hoping I would arrive at the intermediate sprint. It proved to be a bit too far, especially as the teams behind began a strong chase. After that, I remained calm in the group until I was brought to the front by my teammates in the closing kilometers. Third in the sprint was the maximum I could do today, a result that gives me confidence for the next stages”, said Julian, who continues to sit second in the general classification. 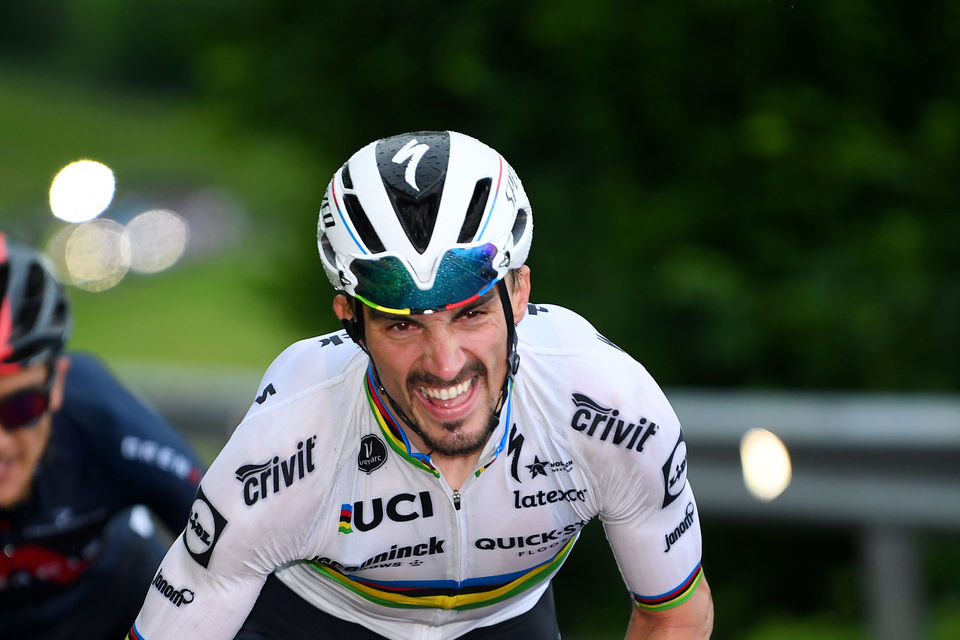 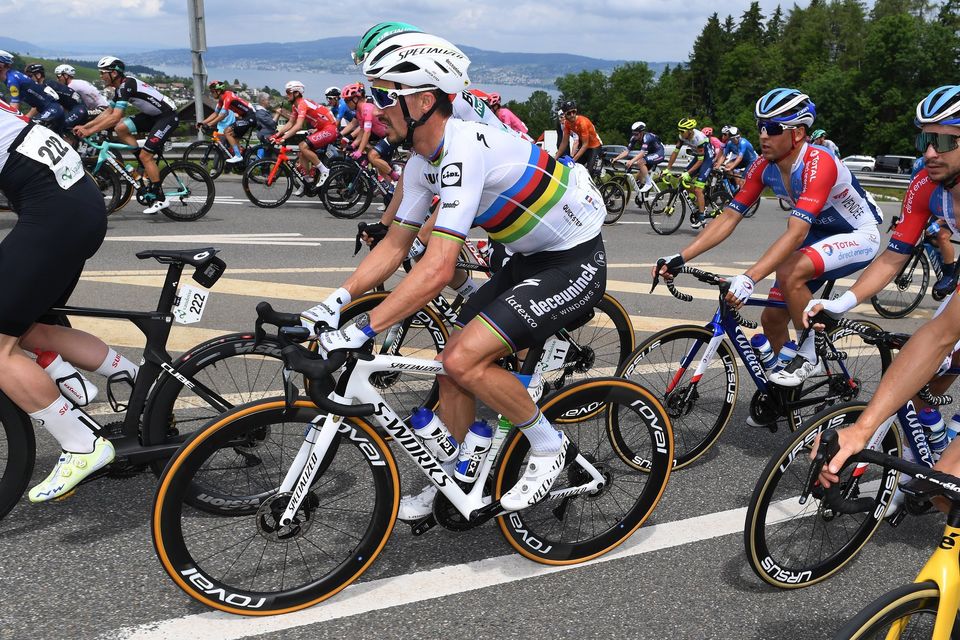