Omega Pharma - Quick-Step Cycling Team sprinter extraordinaire Gerald Ciolek, who was just 20 seconds out in 37th place for general classification (GC), was on the right side of a field split up the first category 1 climb of Santos Tour Down Under in stage 4. A 48 man front group dropped 80 other members of the peloton on Menglers Hill Road at the 107.4 km mark. Ciolek and 10 to 12 riders then set themselves up perfectly for a sprint finish, which featured a slight downhill for the final 50 meters. Oscar Freire (Katusha) won out of the dozen or so riders who crossed the line together, just barely beating out Ciolek. However, Ciolek was not only rewarded with a Santos Tour Down Under Stage 4 second place finish, but he now sits much farther up the list of GC contenders going into stage five. He is a mere six seconds from holding the Santos Tour Down Under Ochre Leader's Jersey, in fourth place.

"For the sprint I was in a good position," Ciolek said. "I felt like I had the speed and the legs to bust a good sprint, but perhaps I took off a little too early and I got caught. It's too bad; this was a great chance and I wanted to give the team the joy of a victory. We're working really well."

The German sprinter for Omega Pharma - Quick-Step Cycling Team capped off a past couple days of aggressive team racing, including Matt Brammeier sticking it out in a four man breakaway for 82 km in Stage 3 before getting caught, and Julien Vermote joining a three man attack group only a few km into the race before the field brought them back.

Ciolek was not the only rider to get great results for Omega Pharma - Quick-Step Cycling Team in Stage 4. Serge Pauwels and Vermote finished in the top 30 of the 48 man front group. Pauwels and Vermote are in now 18th and 30th place in the GC, at +12 seconds.

"Gerald is motivated and he's pedalling really well," Sport Director Rik Van Slycke said. "We asked him to be ready for anything in these races and he has been. He definitely has room to grow. Tomorrow the stage is hard but we can still do well with Pauwels, too, who's improving day by day."

Stage 4 was filled with attack attempts, including one break that was eventually reeled in with 29 km remaining (the 101 km mark) and just a couple of minutes before the peloton hit Menglers Hill Road.

"It was a difficult stage," Ciolek said. "There were plenty of short climbs, one of which was placed at about 25 km from the arrival. It was clear from the start that a lot of the teams wanted to try and eliminate the sprinters on that climb. I ended up in the front positions, and I stayed really alert and was supported by Vermote and Pauwels, who did a great job."

The rare category 1 climb — if the peleton remained all together by the time it arrived at Menglers Hill — was seen as a potential location for a vicious attack in attempts to shake up the GC. That was precisely what happened, and the 48 man front group rode away from the chasing roughly 80 men with every passing kilometer. The chase group sat up, realizing they were better off saving their energy for stage 5, with 10 km remaining.

"We're working really well," Ciolek said. "Here in Australia we're proving that we're a very united team. Tomorrow is a very challenging stage; it won't be easy for me to stay out front. The final climb is long and hard. I'm going to try and do my best and eventually help out Serge Pauwels, who's pedalling really well and who can stay ahead on a climb with these characteristics. Then on Sunday on the circuit in Adelaide I'll try again."

Amongst that trailing group was Andre Greipel (Lotto-Belisol), the winner of Stage 3 and the holder of the Santos Tour Down Under Ochre jersey. He is now essentially out of GC contention, crossing the line seven minutes after the front group.

Daniele Bennati of Radioshack-Nissan-Trek took third on the day.

You can view our full results on our competition page here, and look at our gallery of photos here 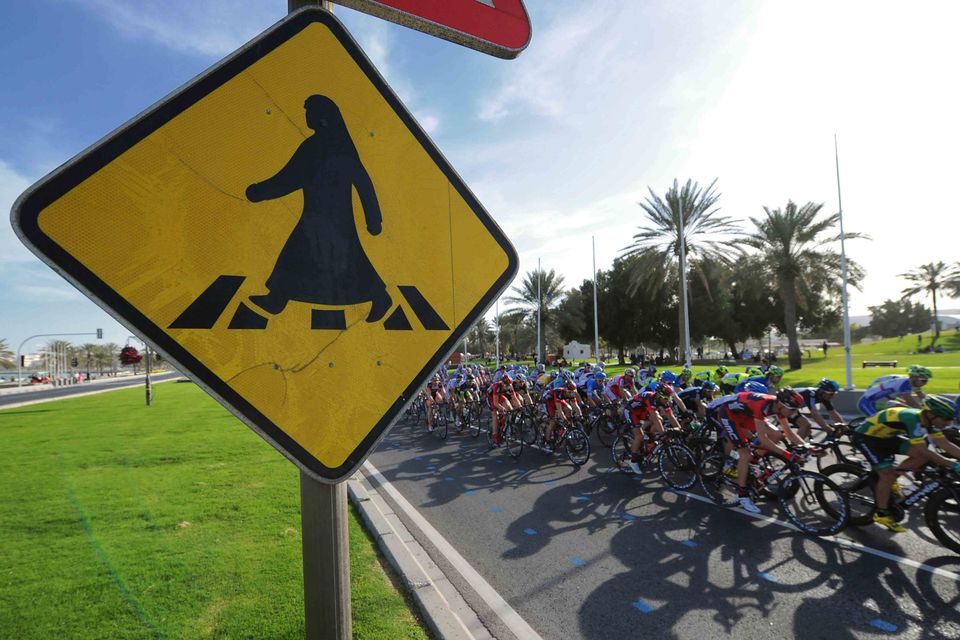 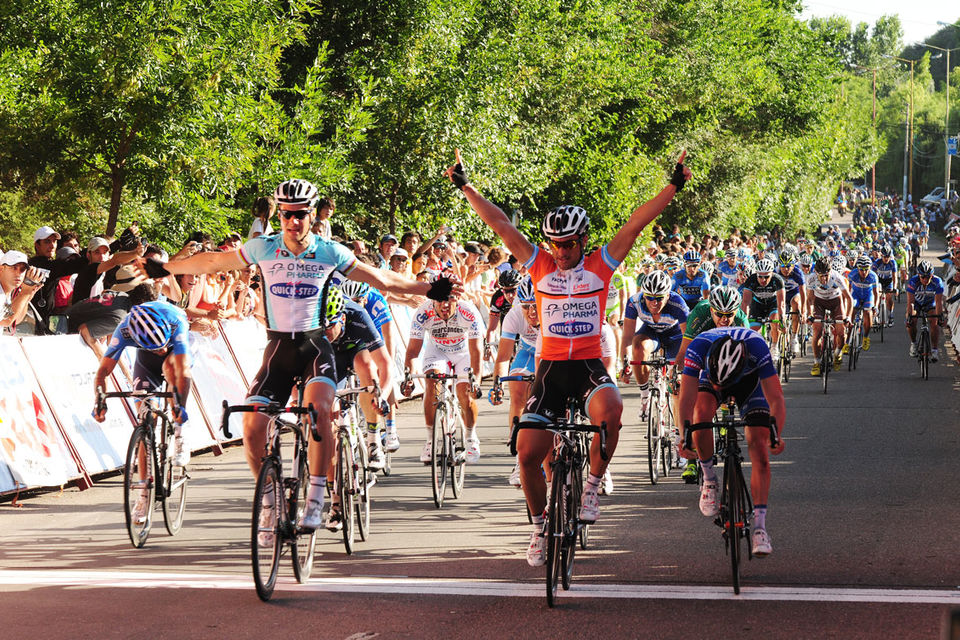