The Tour de Wallonie, a race where our team took the overall glory twice in the past, got underway with a hilly 185.7km stage between Genappe and Héron, comprising four classified climbs and countless other hills that made for a tough day in the saddle.

Josef Cerny and Yves Lampaert were on pace-setting duty for Deceuninck – Quick-Step, controlling the seven-man breakaway and allowing it a two-minute maximum advantage before reeling it in with 70 kilometers to go. Shortly after, three riders went clear forcing the peloton to start a fierce chase, our team taking over the reins again at the head of the bunch. The Wolfpack made sure of overhauling also this small group, before changing the approach and deciding to go on the offensive.

With 15 kilometers remaining, Andrea Bagioli attacked and was joined by two other riders, together opening a 20-second gap that they carried into the last five kilometers of the stage. It looked like the trio would manage to stay clear, but the sprinters’ teams somehow found that extra gear to erase the deficit and make sure it would come down to a mass gallop, won by Dylan Groenewegen (Jumbo-Visma), from a peloton that contained also Fabio Jakobsen, our highest-ranked rider.

“We controlled things, and then, as we approached the business end of the stage, we had Andrea giving it a go. It was his first outing for the team since March and he looked good, it was nice to have him back. We hoped he would make it, but many teams wanted a bunch, so theu got caught with just two kilometers to go. We backed Fabio and he was determined to get a good result, but unfortunately he was boxed in. Despite all this, it was a good start for us, which makes us confident for the next stages”, said sports director Klaas Lodwyck.

Deceuninck – Quick-Step will continue the race in six riders, after Pieter Serry was forced to abandon due to a crash at 70 kilometers to go, following which he was diagnosed with rib contusion. 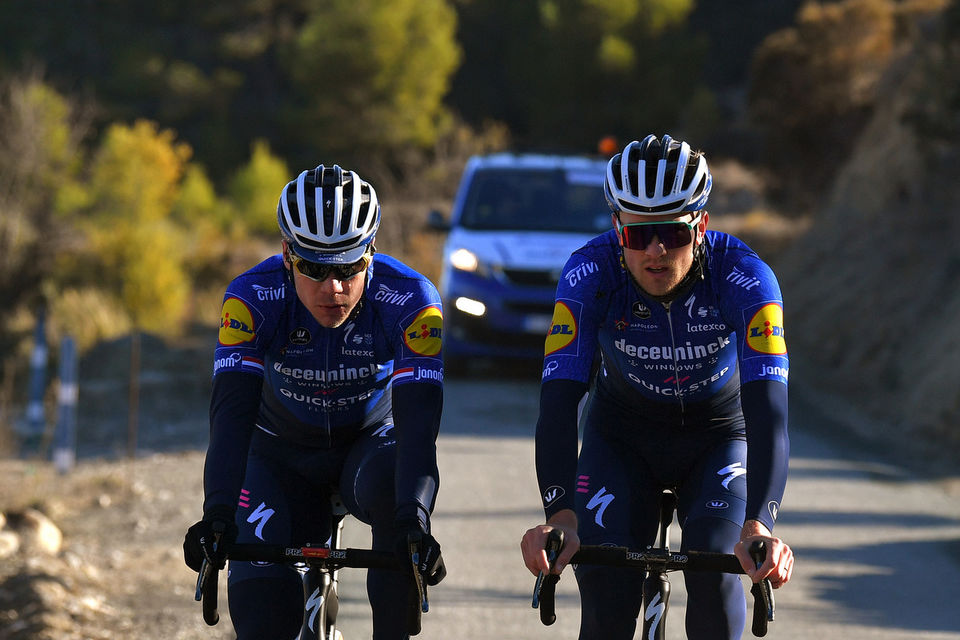 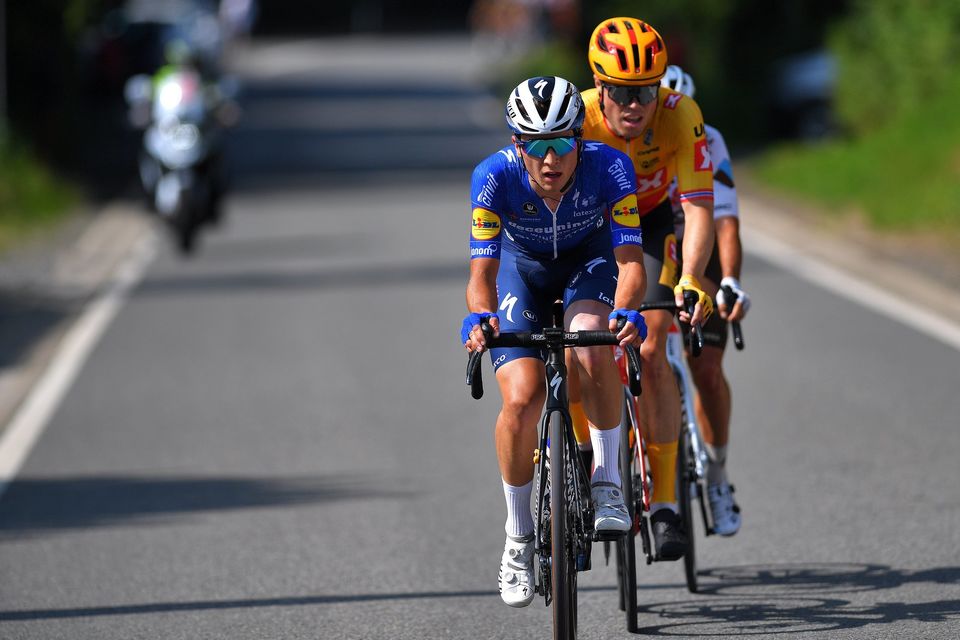