The 27-year-old has agreed to a new two-year contract.

What a year it’s been for Davide Ballerini! In his second season with the Wolfpack, the man from Cantù became the first Italian in eight years to win Omloop Het Nieuwsblad, took two other victories, made his Tour de France debut and contributed to many of the successes that helped Deceuninck – Quick-Step return at the top of the UCI World Team Classification.

His finest moment of 2021 came at Omloop Het Nieuwsblad, where after a flawless job and lead-out of his teammates, Davide sailed to victory, fulfilling a life-long dream – winning a northern Classic. His solid campaign was recently rewarded with a new contract, which will see the 27-year-old remain with the most successful squad of the season until the end of 2023.

“I am really happy, because I can continue my dream here. I feel excellent here and at no point was I thinking about leaving this team. It’s like a family for me, so continuing was an easy decision. With the Wolfpack I won my first big one-day race, Omloop, and this makes me confident that one day I can fight for victory in Paris-Roubaix, which is the biggest goal of my career. Racing the Tour de France and playing a part in Mark’s success in the points classification also makes me very proud and makes for another great memory. For the next two years, I am motivated to work hard, to improve and to help the team remain the best in the world”, a delighted Ballerini said after inking the new deal.

Deceuninck – Quick-Step CEO Patrick Lefevere is confident that Davide has plenty to show in the next seasons with the team: “We knew his potential when we signed him, and Davide didn’t disappoint. He took several victories with us in these two years, and at the same time, showed that he is always ready to work for his teammates. On top of that, he still has a lot of room to improve, and that’s why signing a new contract was the logical thing to do. We are happy that he is happy here and has agreed to stay with the Wolfpack.” 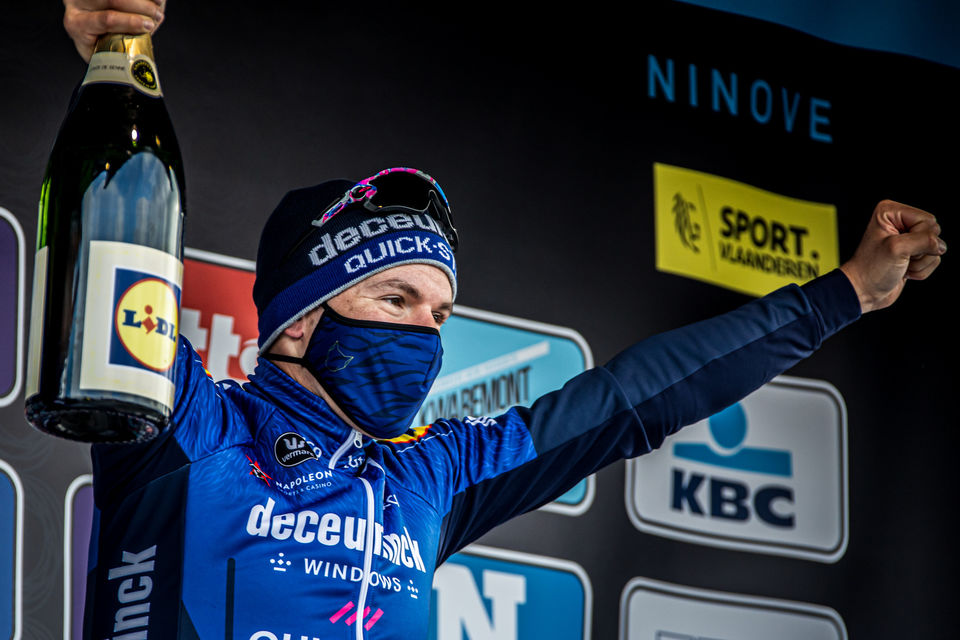 Davide Ballerini: “I won Omloop because the whole team believed in me”