Winter training on the track

Winter training on the track

Already for a couple of years now, some of our riders gather together during winter times for track sessions coordinated by sports directors Tom Steels and Rik Van Slycke.

The new season is coming closer again as preparations have started. Sports directors Rik Van Slycke and Tom Steels meet up with the riders twice a week to train on the track in Ghent.

“In the first place you bring together the group of riders again. It gives them structure in the week that they can train together twice a week, it also means those two days they don’t have to train alone on the road. In the winter it’s of course nice to build up again in warm conditions. It doesn’t matter if it’s cold or if it rains, as you’re training inside”, explains Tom Steels. 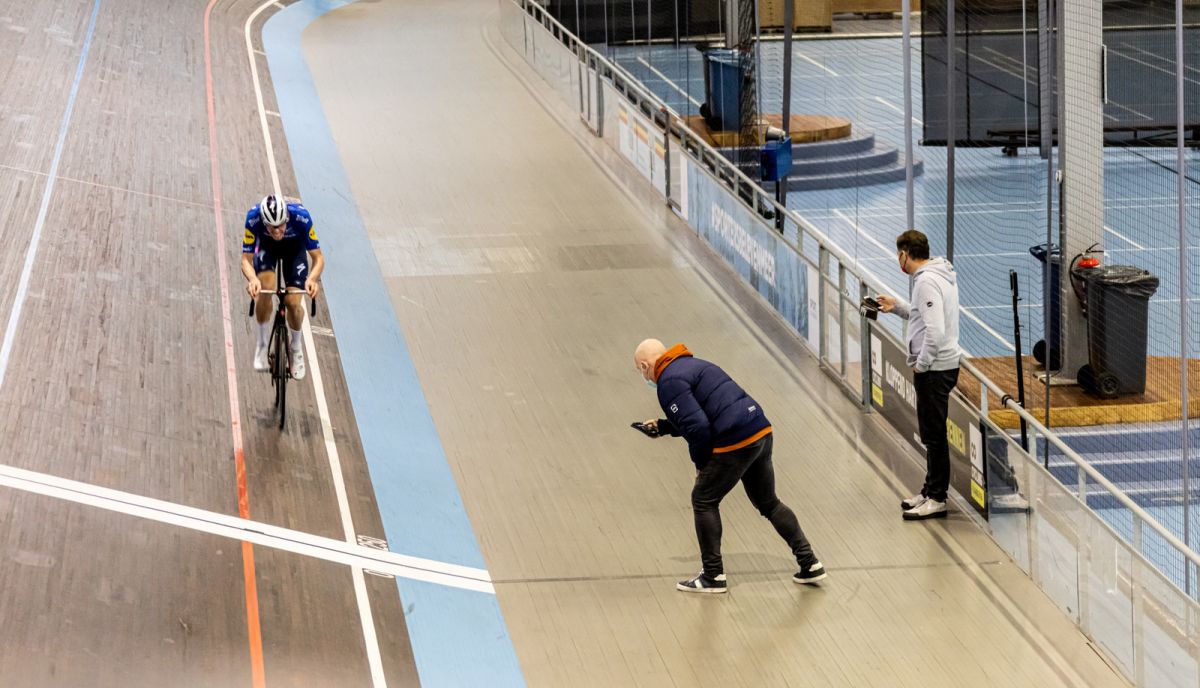 “Technically we work on the speed of the legs, the intensity to maintain that during winter. The cadence is higher than on the road, but it’s useful to train it. We combine it with power training, so it’s really a full program. Mostly the riders start with some stabilisation exercises on the ground, then two sessions of each half an hour behind the electric scooter and in between we do other exercises. We make sure there’s a lot of variety in it. There’s also some competition, as we end every derny session with five laps, and in the last two the scooter moves aside and they go full gas for it. Sometimes I watch it with my eyes closed, but it all went fine until now”, Tom smiles.

“I think we have already done this for ten years now. When we started almost nobody could ride on the track, but now that really changed. It’s fun, I do it together with Rik and it’s a nicely filled program”, concluded Deceuninck – Quick-Step’s sports director.