Omega Pharma - Quick-Step Cycling Team Sports Director Davide Bramati offers his thoughts on the team's success at Tour de San Luis last week. Hello to all our Omega Pharma - Quick-Step Cycling Team supporters! The Tour de San Luis was an important experience for the team, above and beyond the fantastic results we achieved. The race was the perfect opportunity for us to solidify the team and fine tune some processes that will be important to us as the season rolls on.

The atmosphere on the team is incredible. We had 6 riders coming from six different countries, three of which were riding for the team in their first race. I can assure you, at the risk of seeming rhetorical, that it was like they had been riding together forever. In my opinion, the reciprocal support, the spirit of sacrifice for your teammate, were the most important aspects of this away race. The group always stuck together. This was also possible in large part thanks to the great personalities who were on our squad. Leipheimer is a natural leader and a great motivator. When we watched him pedal in the first days of the competition we realized that Levi could really play an important part in the race. We put our trust in him and got paid pack in results.

Chicchi also seemed regenerated. Francesco has had a fantastic winter. The start was really brilliant, either if he was playing the finisher or as Tom's last man, even against competitive athletes. We know full well that now he won't be able to rest on his laurels for the rest of the year.

Tom and Levi were the beacons for our team. Tom knows full well his role as leader, whether it's on the team or after the race among the fans. He's incredibly approachable. The team's collective work really boosted his morale, as did that victory which had eluded him for too long. Now Tom's going to soar in Qatar. I'm sure he's going to have his game on, even in those desert winds.

Rabon and Grabsch turned out to be two exceptional team players. These are two guys we can really count on. Plus, in Argentina Bert broke a little record of his own. He was the only guy on the team to get a flat... in 6 stages out of 7! That record is going to be hard to beat!

Chavanel was also giving off some good signals. Sylvain put himself in the service of the squad and on climbs he showed that he's at a good point physically. His big dates are coming further on in the season, but to see him pedal with such motivation and concentration is an important indicator.

Let me finish with some thoughts on the race...We were overwhelmed by the warmth, organisation and crowds along the streets and at the arrivals. These factors are also a part of the globalisation phenomenon in cycling. This overseas race will definitely leave indelible memories! 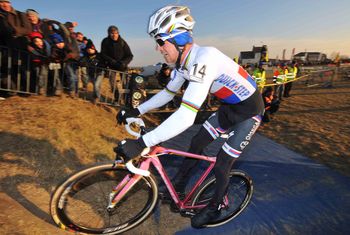 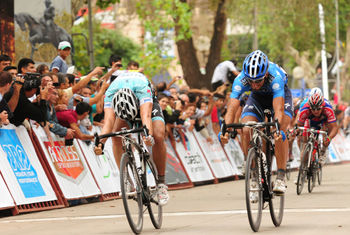 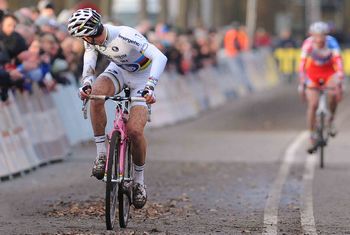