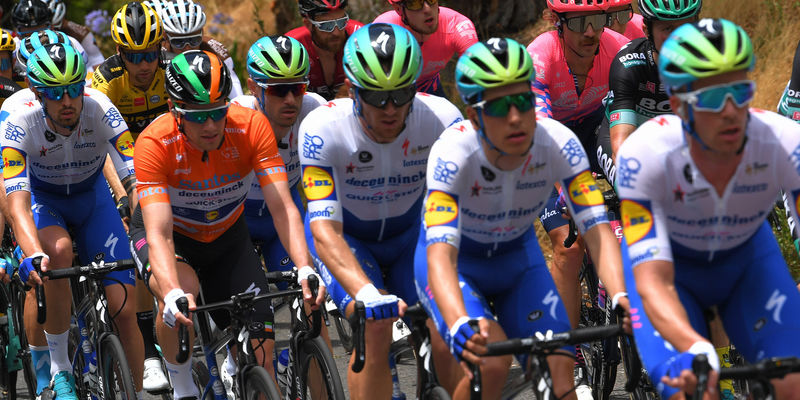 Clad in the ochre jersey, which we donned following his emphatic win on the opening day, Sam Bennett rolled out from Woodside escorted by his Deceuninck - Quick-Step teammates, who assumed pace-setting duties from the very outset.

Stage 2 was 138.5km-long and traveled to Stirling, one of the race’s traditional finishes, and the four-man group that got away shortly after the start was kept on a tight leash by the Wolfpack. The experienced Iljo Keisse put in a mammoth effort and his hard work paid dividends, the last of the escapees being brought back before the final lap of the undulating and testing circuit.

The climb to Sterling was a nasty one, featuring some steep sections where several GC teams drove a big tempo, shedding riders out the back. Michael Mørkøv guided Sam Bennett through the reduced field and launched him inside 200 meters to go, but the tough gradients began to bite and took the 29-year-old out of contention.

Second overall now, same time as stage 2 winner Caleb Ewan (Lotto-Soudal), Bennett wasn’t disappointed by Wednesday’s result: “I can usually cope with this kind of final, but in January it’s more difficult for me to do that, as you could see. The team did a great job again and at 200 meters to go I thought it was going to be another good day, but as soon as I got out of the saddle, I realised there was nothing left in the legs. But my shape is pretty good for this time of the year and I am confident other opportunities will come until the end of the week.” 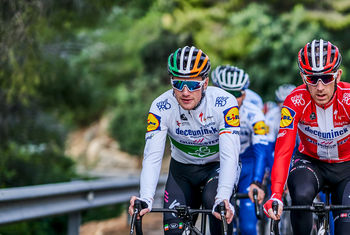 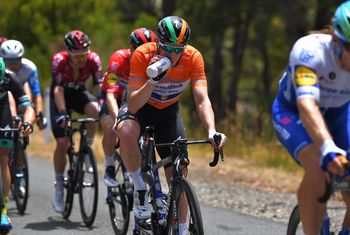