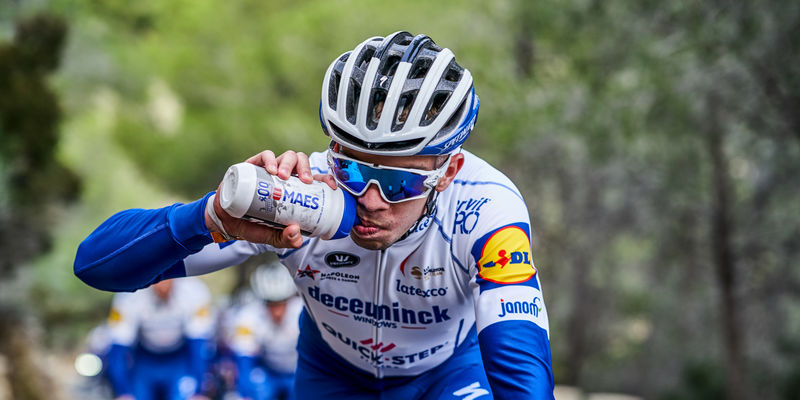 The 163.5km-long stage 1 should have been a pretty straightforward one, without any real difficulties on the course and a bunch gallop in the cards, where our squad was aiming to be among the protagonists. For that very reason, Pieter Serry contributed to the chase behind the 11-man breakaway, putting in a mammoth effort and showing again what an amazing team player, as he gave everything out there in order to bring back the attackers.

With the catch being made more than 30 kilometers from the line, the sprint trains had plenty of time to get into position, but that didn’t ensure a quiet finish, as a fan who got to close to the bunch inside the closing four kilometers caused a massive crash and sent the riders tumbling everywhere. Remco Evenepoel was involved in that incident, which left a reduced group at the front, where Deceuninck – Quick-Step swiftly reorganised and went under the flamme rouge at the helm of the pack.

After Julian Alaphilippe and Zdenek Stybar stretched the peloton out, Bert Van Lerberghe took over and launched Alvaro Hodeg, who emerged from the group and looked poised to grab the win, but in the end finished fifth, as Rudy Barbier (Israel Start-Up Nation) took the victory. Remco Evenepoel arrived a couple of minutes later, but fortunately came out of the crash unscathed and will be at the start of stage 2 with the same time as the first group, after the organisers decided there would be no time differences following the pile-up.

“The team did a perfect job. Pieter was so strong, I think he was the strongest out there, pulling and pulling at the front and making our job easier. Due to that crash, we got a bit distanced, but Styby waited and helped us return in the peloton. Then the team did a great job, moving to the front with one kilometer left, and Alvaro showed that he had the legs, but the last 50 meters were too much in the end, as there was also some headwind. We didn’t get the win today, but the week has just started and we are confident we’ll have other chances”, said Bert Van Lerberghe in San Juan. 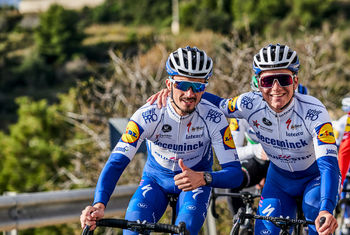 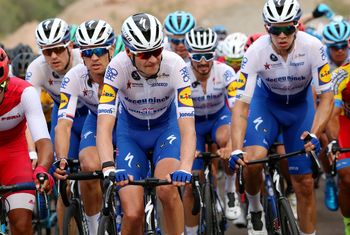