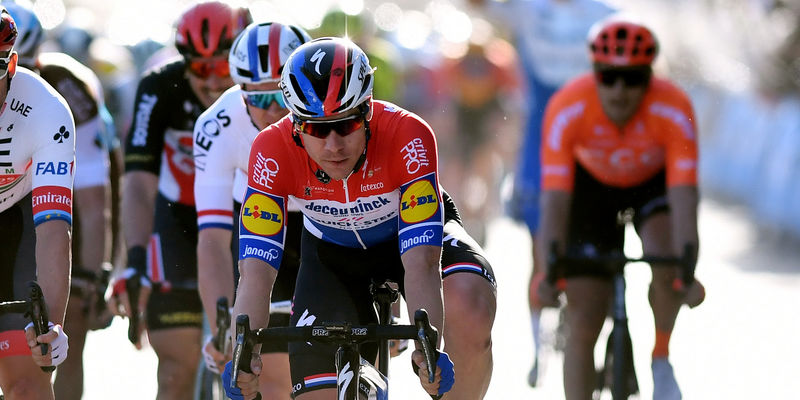 Created in 1929, when Spain’s Santiago Cardona surged to overall victory, Volta a la Comunitat Valenciana rolled out Wednesday with a 180km-long stage between Castellon and Vila-Real, one of the towns which have featured on the race also at the inaugural edition. It was a quiet and uneventful day up until the last kilometers, when lead-out trains began jostling for position at the front, on the technical run-in to the finish, which included several roundabouts.

First race of the season on European soil for Deceuninck – Quick-Step had our team in the spotlight from the very outset, Tim Declercq and Stijn Steels puting in an outstanding amount of work behind the four riders who animated the stage, keeping the gap in check and bringing them back with ten kilometers to go. Rémi Cavagna and Yves Lampaert then stepped in, controlling the finale, before Davide Ballerini decided to wound up the speed for Fabio Jakobsen on the finishing straight.

Launched by the Italian at 200 meters to go, the 23-year-old Dutch Champion delivered a strong sprint in his first outing of the season, being just pipped on the line by countryman Dylan Groenewegen (Jumbo-Visma) and narrowly missing out on what would have been his 15th pro win. Despite this, Fabio still took to the podium, where he donned the best young rider’s jersey, which he’ll display on stage 2, when a shake-up of the general classification is expected. 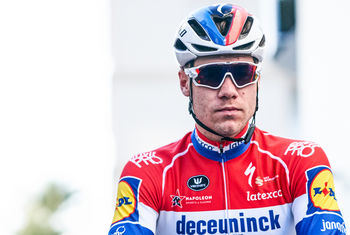 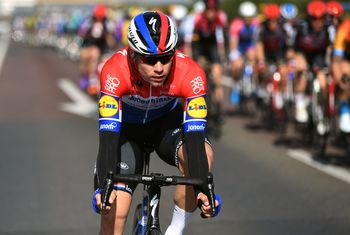