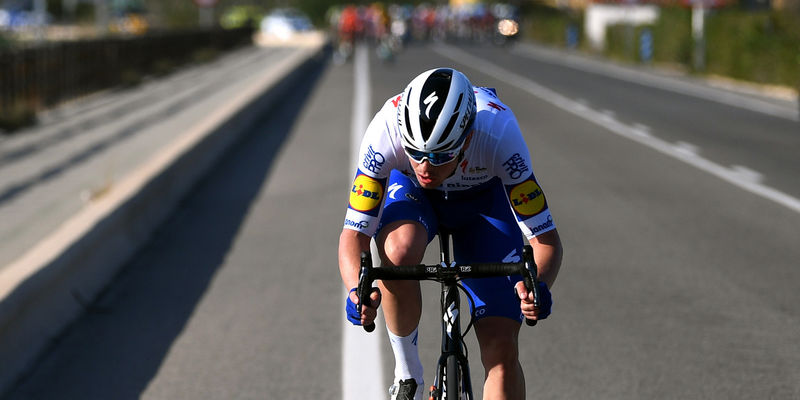 Five months after his successful number at the Vuelta a España, where a spirited ride helped him hold off the charging bunch and nab the first Grand Tour stage win of his career in Toledo, Rémi Cavagna found himself again in a break on Spanish turf, this time at the Volta a la Comunitat Valenciana, which Thursday travelled from Torrent to Cullera, over 181 kilometers.

Cavagna attacked as soon as the flag was dropped together with three other men and permanently traded turns at the front, forging a five-minute maximum advantage. The peloton knew that the hard climb to the finish, averaging 8% over two kilometers, would play into their advantage, but they were still forced to up the tempo in order to reduce the gap.

A fantastic rouleur, capable of putting in a monumental effort in this kind of moves or at the front of the bunch for the team, Rémi attacked from the leading group when their advantage dipped to 25 seconds and left everything on the road as he kept going, being brought back with just four kilometers to go by an already nervous and thinned out peloton. From there, Tadej Pogacar (UAE Team Emirates) claimed the win on the final meters, with Deceuninck – Quick-Step’s James Knox finishing inside the top 15, just eight seconds adrift, and making quite the jump in the general classification. 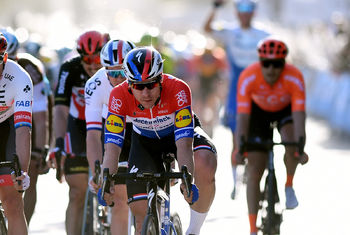 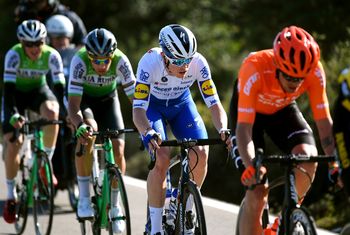