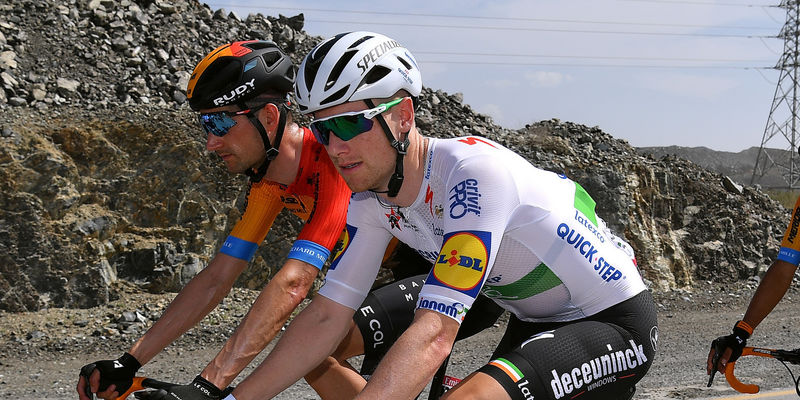 Stage 2 of the UAE Tour recalibrated the general classification, at the end of a 168km-long day that took the peloton from Hatta, through the Hajar Mountains, and onto the brutal Hatta Dam climb. This challenging 200m hill, with slopes ranging from 12% to 17%, was where many riders hit a wall and found themselves dropped, while the victory played out between two men.

One of these was Deceuninck – Quick-Step’s Sam Bennett, who was brought to the front by the experienced Michael Mørkøv, after Pieter Serry made sure of reeling in the two late attackers in the run-in to the ascent. The Irish Champion, already victorious in two races this season, kicked out with 175 meters to go and opened a gap over the fragmented peloton, but was passed in the final meters by Caleb Ewan (Lotto-Soudal), who took both the win and the leader’s jersey.

For Bennett, it was the fifth podium of the year, but more importantly, Monday’s result, scored on a tough finish were even the punchers struggled, confirmed his strong condition and showed that a victory at the UAE Tour might be just around the corner.

“I don’t know what I did in the last 50 meters, but I checked right and I rode into the barrier for a split second and that gave Caleb a bike length. I kicked again and did a good effort, but I couldn’t come back. I did everything that was possible today and even though I’m not satisfied with the result, I look on the bright side of things, and that’s the legs I had on this hard climb”, said Sam, who made a huge jump in the general classification, where he now sits in second place. 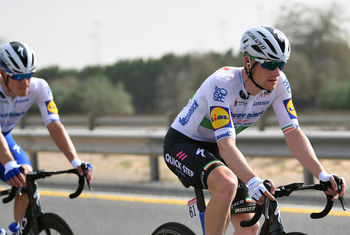 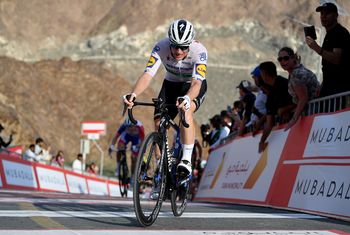