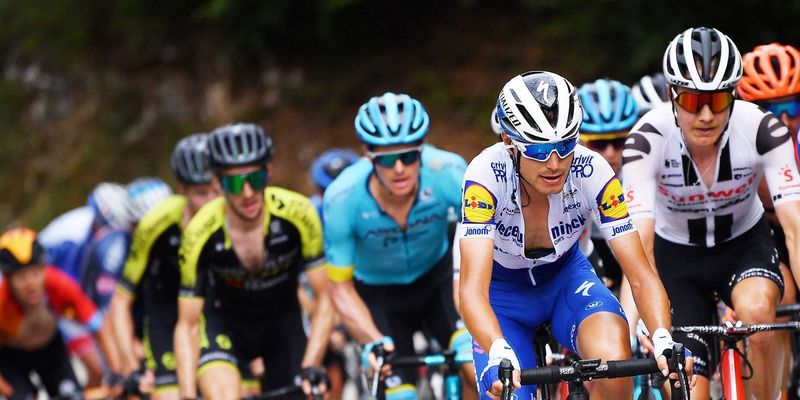 Fausto Masnada is third overall at the “Race of the Two Seas” with just three days to go, after a spirited ride on the mountainous stage 4 from Terni to Cascia, which was peppered with three classified climbs – Forca di Gualdo, Rifugio Perugia, and Ospedaletto – all crammed inside the final 50 kilometers.

The day spent in the charming Umbria was a lively one, dominated by a ten-man breakaway that had within its ranks also Deceuninck – Quick-Step’s Davide Ballerini, who remained there until the run-in to the first ascent, when a puncture took him out of the group. As the peloton ramped up the pace, shedding riders out the back, an important selection was made at the front, leaving only two riders in the lead over the top of the stage’s first difficulty.

The survivors of the breakaway were brought back on the last climb, where attacks started flying. Fausto Masnada was among those dropped, but a remarkable all-out effort of James Knox helped him return at the front on the tricky and sinuous descent to Cascia, with eight kilometers to go. When Lucas Hamilton (Mitchelton-Scott) went clear, Masnada sensed this could be the race-winning move and immediately joined the Australian. The 26-year-old Italian did the bulk of the work and ensured a 15-second gap for the duo under the flamme rouge, before being outsprinted in the final 100 meters.

His first podium at World Tour level since joining the Wolfpack three weeks ago elevated Fausto to third on the general classification ahead of the race’s only summit finish, a result that served as a huge confidence boost for the Italian: “I came into the race with a good condition and after following the GC guys on Wednesday’s gruelling last climb, I wanted to do something today. I got dropped on the final ascent, but I could return thanks to an amazing ride of James. Then I attacked together with Hamilton and pushed really hard, emptying myself out there. Despite taking runner-up, I am not sad, because second from this field is a good result, which makes me look with confidence to Friday’s stage to Sarnano-Sassotetto.” 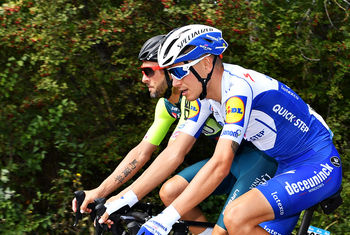 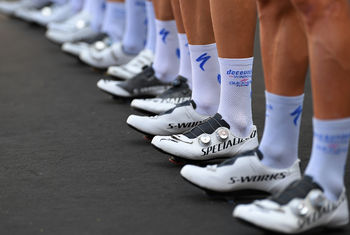