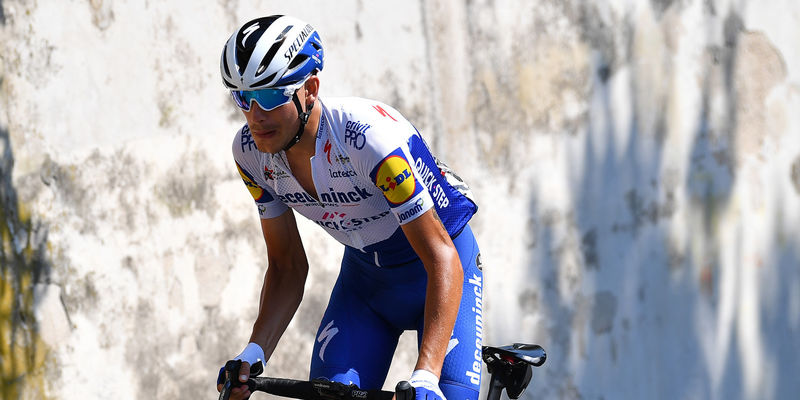 Stage 7 of the “Race of the Two Seas” was one of the “muri”, the short and steep climbs that in the past decade or so have become a regular feature at the Italian event. This being said, it didn’t take too long for a break to establish itself, a large 14-man group snapping the elastic and putting some five minutes between them and the peloton.

Top 10 on two of the stages that came down to a bunch sprint, Davide Ballerini was there for Deceuninck – Quick-Step and brought his contribution to the pace-setting, at one point their chances of making it looking very promising, as none of the riders represented a threat for the general classification. Unfortunately for them, once they entered on the hilly circuit in Loreto, the gap began coming down rapidly, which encouraged moves being launched from behind.

As the steep gradients whittled down the front group, several riders bridged across, and it was one of these attackers – Mathieu van der Poel (Alpecin-Fenix) – who took the win after a late surge on the final climb. What remained of the peloton came home just a few seconds later, and both Fausto Masnada and James Knox were there, giving their best on the cruel slopes and conceding just a few seconds that in the end didn’t jeopardise their ranking.

Following this last road stage of Tirreno-Adriatico, Fausto retained his fifth place in the standings, three positions and around half a minute ahead of James Knox, the other Deceuninck – Quick-Step rider who impressed on the climbs this week. Only the individual time trial of San Benedetto del Tronto, set to take place Monday afternoon, stands between the two and their best result of the season in a stage race. 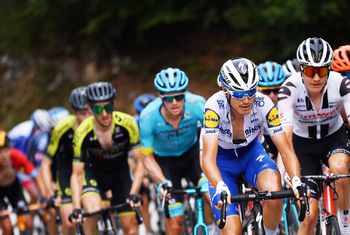 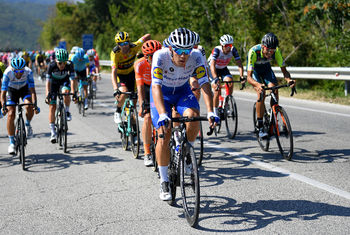