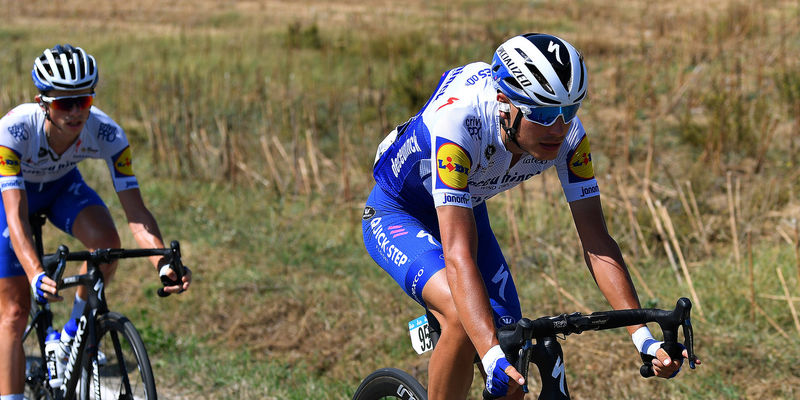 Tirreno-Adriatico continued Friday with a 202km-long stage between Norcia and Sarnano-Sassotetto, and even before the start, everybody agreed upon the fact that the focal point of the day would be the third and final classified climb, where fireworks were expected to be ignited.

Featuring long straights interspersed with hairpin bends, the climb was a fairly demanding one with a 7.1% average gradient that peaked at 10% on occasions. It didn’t take long for the favourites’ group – once they pegged back the ten-man breakaway – to thin out, a brace of furious accelerations leaving only five men in the front.

Runner-up just twenty-four hours earlier in Cascia, Fausto Masnada was there for Deceuninck – Quick-Step, responding to an attack and even setting the tempo, before Simon Yates (Mitchelton-Scott) went clear partway up the 11.8km ascent, which hosted its second Tirreno-Adriatico stage finish, after the one in 2018.

A four-man chasing group featuring Fausto soon formed and tried to claw back time, but the Brit soldiered on and took both the stage win and the leader’s jersey. Briefly distanced, the Italian continued to ride tenaciously, just as James Knox, who came back on the steepest section of this draining ascent, never giving up and linking up with his teammate in the last 200 meters. Sixth on the stage – his best result of the season and an encouraging one for the young Cumbrian – Knox gained several positions on the general classification and now lies in seventh, two places behind his teammate. 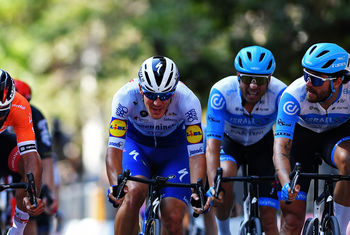 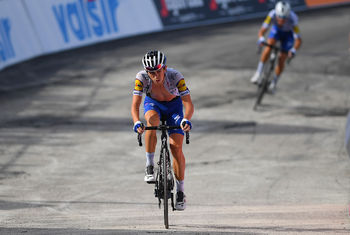