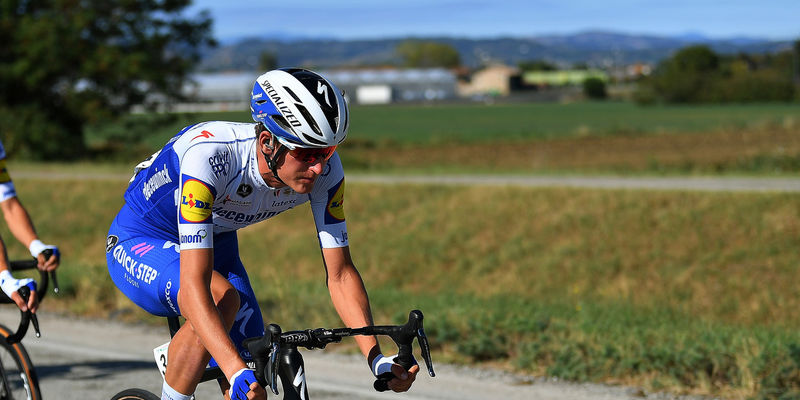 A second-year pro, Mikkel Honoré is one of the many young riders on Deceuninck- Quick-Step’s team at the Giro d’Italia , and the 23-year-old Dane, who is riding the Corsa Rosa again after a solid debut last season, impressed as early as the second stage, a lumpy one that took the peloton from Alcamo to Agrigento, where the race returned after more than a decade.

Long before the start, everyone knew that on Sunday afternoon it would be only about the final climb, a 3.7km one averaging 5.3% which suited attackers and those possessing a strong punch. Taking many by surprise, the first rider to show his intentions there was Mikkel, who powered away the strung out peloton and put some distance between him and the maglia rosa group, from where he was joined by just two riders under the flamme rouge.

The road briefly flattened out before going up again with 100 meters to go, and that was where our rider made another move, launching a strong acceleration. Coming off his slipstream, both Diego Ulissi (UAE Team Emirates) and Peter Sagan (Bora-hansgrohe) passed him, but Mikkel still had enough resources to take third, five seconds clear off a group from where teammate João Almeida sprinted to fifth place, a result that will see him sport on Monday the white jersey.

“Finishing third was unexpected for me. I knew that my condition was good, but before you get a good result, you never truly believe in it. I felt good and tackled that final climb with a lot of confidence, and I think this was shown in my result. On the other hand, I am also a bit disappointed, because I opened my sprint a bit too early and the others took advantage of that. Nevertheless, this is a big morale-boost for me, and the fact that it came so early in the race it’s very encouraging”, Mikkel said after his third place. 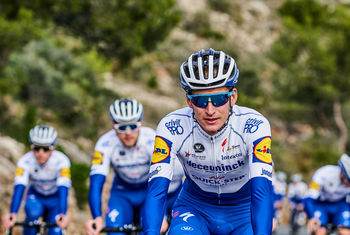 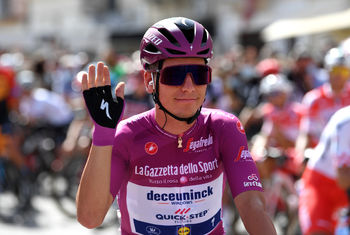