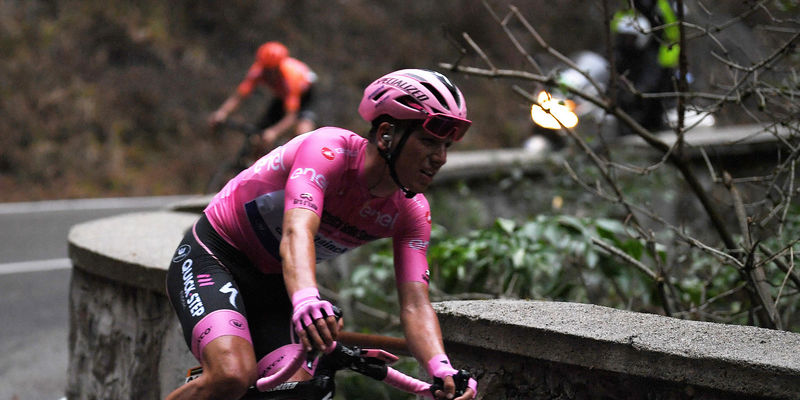 João Almeida gained his place in the race’s history books Wednesday afternoon, when he safely retained the overall lead in Camigliatello Silano, overtaking countryman Acacio da Silva and becoming the Portuguese rider with the most pink jerseys, which on stage 6 he will wear for the third consecutive day.

Deceuninck – Quick-Step moved to the front of the bunch soon after the start in Mileto, setting a moderate tempo behind the eight escapees and making sure was Almeida was at all times protected. The likes of Davide Ballerini and Iljo Keisse worked tirelessly before James Knox, Fausto Masnada and Pieter Serry took over on the long Valico Montescuro climb (24.2km, 5.6%), pulling for João, who remained well placed and focused as the weather worsened and the roads became wet and slick. Five kilometers from the summit, other teams took the reins and pulled hard in an attempt to reel in the attackers, but Filippo Ganna (Ineos) managed to stay at the front and claim the win at the race’s first visit since 1982 in Camigliatello Silano. 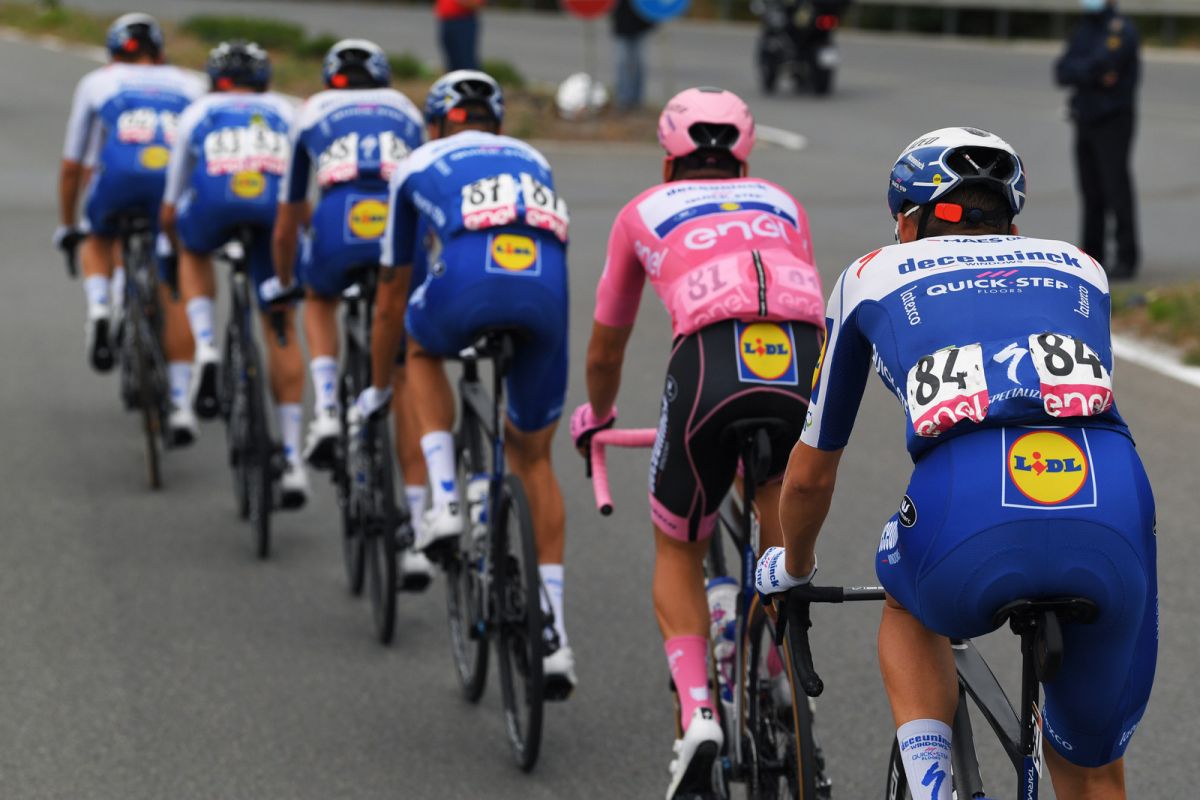 The maglia rosa wearer found the short uphill drag to the line very much to his liking and sprinted to third place, the bonifications he earned helping him widen his margin in the general classification to 43 seconds. At the end of the stage, João went to the podium to collect both pink and white jerseys in a special ceremony set up by the team and the organisers, who sent a collective message of support to Fabio Jakobsen and Remco Evenepoel, who are on the mend after the injuries sustained two months ago.

“I was prepared for the worst today, including losing the maglia rosa, but at the end of the day I had good legs and an amazing team supporting me, who did a tremendous job. On the climb it was cold and on the descent a bit crazy, but I managed it well. Then, in the last 150 meters, I went for the bonifications and I’m glad I could get some, because they helped me extend my advantage on the general classification. So far I have two top 3 finishes in the first five stages of the race, two jerseys and my confidence is going up with each day, which bodes well for the coming stages”, said the youngest rider in eight years to don the maglia rosa. 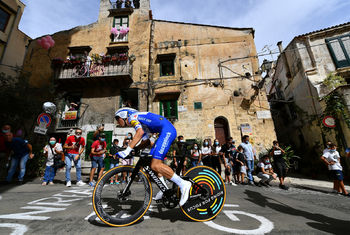 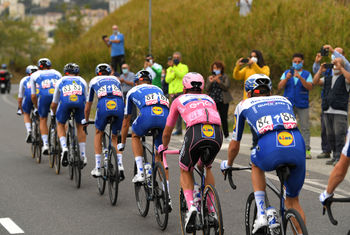