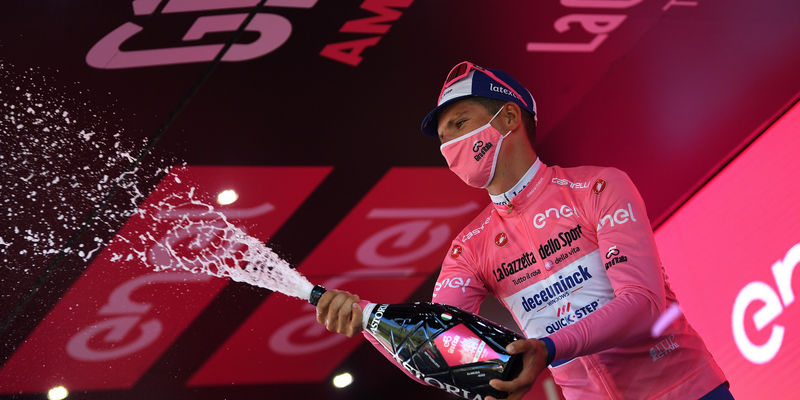 João Almeida continues to write history at the Giro d’Italia, despite this 103rd edition being his first outing in a three-week race. Thursday afternoon, after crossing the line in Matera – a stage finish for the seventh time in history – the Portuguese took to the podium to collect another maglia rosa, as well as the white jersey, for the best young rider of the race. By doing this, he became the first 22-year-old since 1979 to wear the pink jersey for at least four days, a breakthrough performance which speaks volumes about his potential.

The only scare for João on this 188km-long trek to the former European Capital of Culture came inside 35 kilometers to go, when he stopped to change his radio and zip the jersey, and a rider coming from behind crashed into him. Fortunately, the incident was without consequences, and the overall leader was paced back to the peloton by his teammates, who up until that moment controlled the escapees’ advantage from the start of the day.

On the long drag to the finish, the Wolfpack was again prominent with several riders, and it was Mikkel Honoré who got in the mix for our squad. Third a few days ago in Agrigento, the young Dane confirmed the good condition which he brought into the race and took a solid seventh, as Arnaud Demare (Groupama-FDJ) sailed to victory.

“It was a pretty quiet stage, except for that moment when I stopped together with Iljo because of a radio problem and a rider hit me in the back and send me to the ground. Fortunately, everything seems to be ok, and I’m glad I could tick off another day in the pink jersey. I am grateful to the team, because they did again a superb job for me and brought me safely to the finish. Each day I spend in the maglia rosa is a dream, one I hope it won’t end soon”, said an elated João Almeida in Matera. 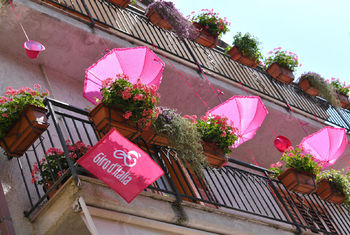 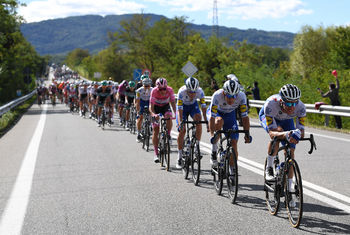