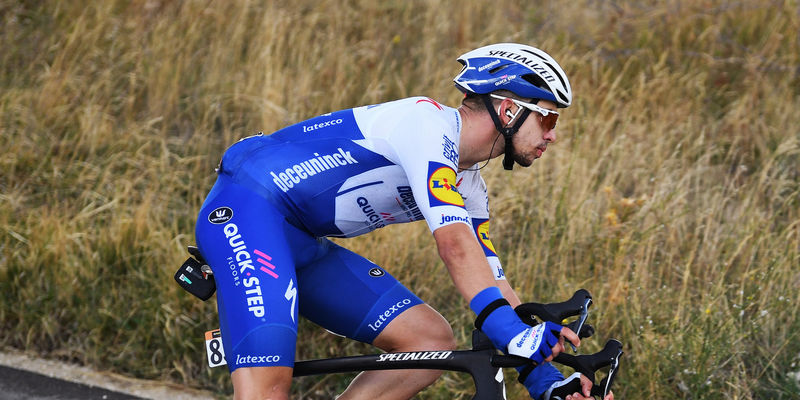 Alvaro Hodeg earned his maiden Grand Tour top 3 finish in Rimini, where a Giro d’Italia stage finished for the first time in 60 years after a quiet day that didn’t pose any problem to the GC contenders. Launched by Davide Ballerini, who guided him in the technical closing kilometers, the Colombian from Monteria waited for the last 150 meters to open his sprint, knowing any earlier move would have been doomed in the strong headwind.

One of the youngest riders in the race, 24-year-old Alvaro took third place, behind Arnaud Demare (Groupama-FDJ) and Peter Sagan (Bora-hansgrohe), for our team’s sixth podium since the start of the Corsa Rosa: “I am happy with this result, but I would have liked to win. The team did a great job for me and it’s thanks to them that I could get involved today and get this podium in what was a messy final. Another guy was faster, but we will keep believing and try again next time.” 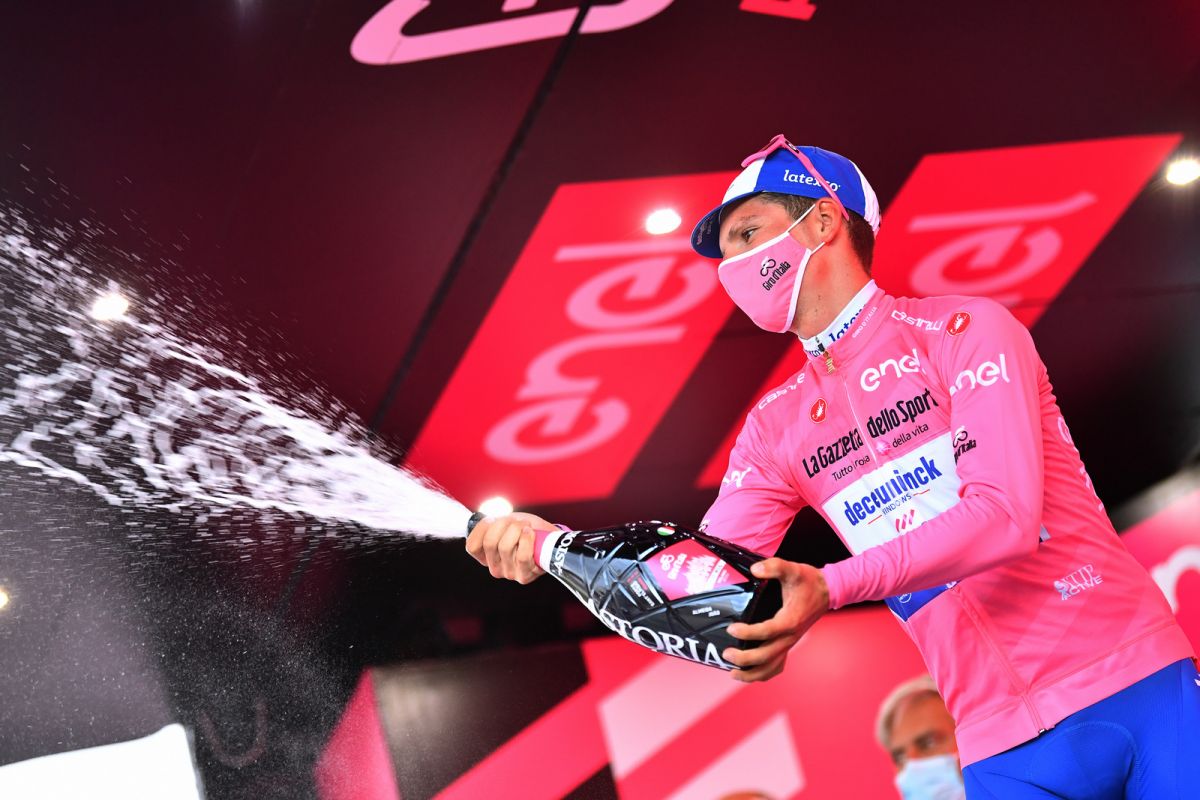 Leader of the overall standings since after the Etna stage, 22-year-old João Almeida came home in the bunch and retained the maglia rosa, which on Thursday will be on his shoulders for the ninth consecutive day, a performance last achieved at the Giro d’Italia by such a young rider in 1979.

“It was quiet until the final kilometers, when it became very hectic as many riders began jostling for position. The main goal was to avoid any incidents and bring the jersey home, which I did after another excellent job of my teammates, who were great again. It was a good day for us, with Alvaro on the podium and the maglia rosa still in the team, and hopefully I will keep it also after stage 12, which will be very tough”, said Almeida, who became the Deceuninck – Quick-Step rider with the most days in pink since the team’s inception. 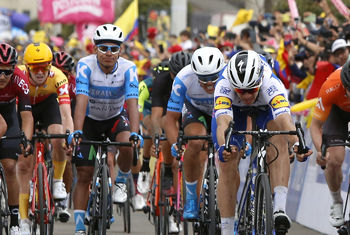 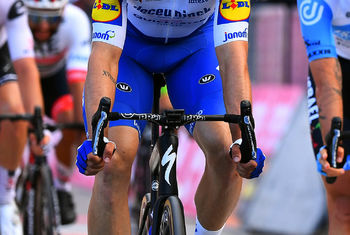