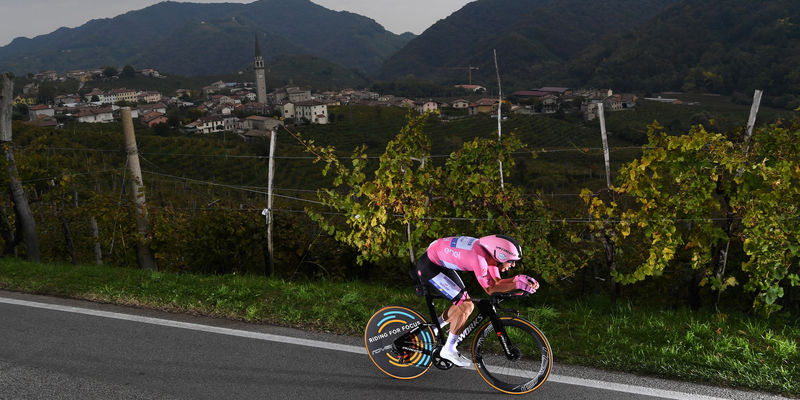 João Almeida will lead the general classification of the Giro d’Italia for the 12th consecutive day, after putting in a stunning ride during Saturday’s hilly individual time trial between Conegliano and Valdobbiadene. Unfazed by the fact it was the longest stage against the clock in his career (34.1km), Almeida found his rhythm immediately after the start and crested Muro di Ca’ del Poggio – the main difficulty of the day (1.1km, 12.3%) – with one of the best times.

Tucked over the aero bars to save watts and keep speed, the 22-year-old continued to gain time on most of the other GC contenders between the first and second intermediate before losing some of his advantage by the time he hit the base of the last climb. João regained the momentum on San Pietro di Barbozza and produced a flying ride, from the top diving down to the finish, where he stopped the clock in 44:11, enough for a solid sixth place. 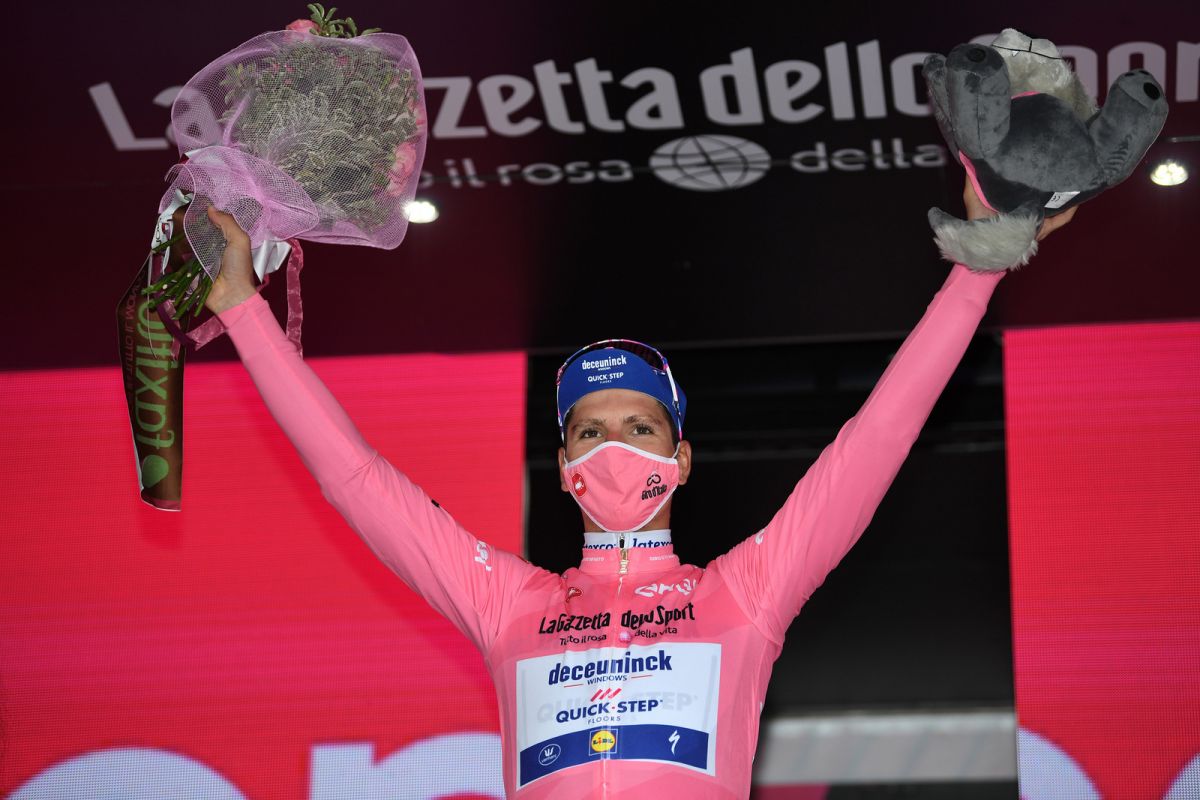 This spectacular performance that confirmed Almeida’s TT prowess helped Deceuninck – Quick-Step’s Portuguese Grand Tour debutant strengthen his grip on the pink jersey, with just one rider within two minutes of him ahead of the third summit finish, on Piancavallo, which will bring down the curtain over the second week of the Corsa Rosa. João isn’t the only rider of the Wolfpack inside the top 10 overall, with newcomer Fausto Masnada sitting in eighth place after punching above his weight in Saturday’s demanding time trial.

“It was better than I expected and I don’t think I could have been faster today. I had a really strong start and everything went as planned on the Muro, then I struggled a bit for a few kilometers but I recovered and on the last climb I felt good. Knowing there was a descent to the finish I went deep, but without taking any risks, and seeing the time I gained on all these GC favourites after this effort makes me very happy”, Almeida explained after donning his 12th maglia rosa. “I love time trials and I liked this course and being able to put in such a solid performance gives me a lot of confidence. Of course, the road to Milan is still long and many tough climbs await, but every day spent in pink is a bonus which I fully enjoy.” 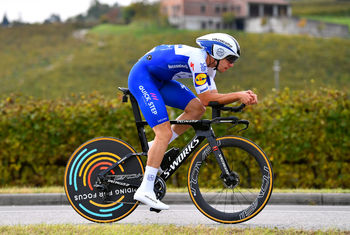