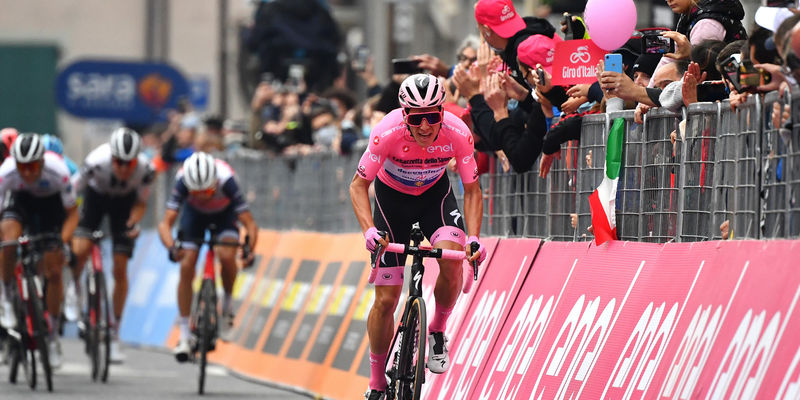 It’s one of the most beautiful sights in cycling: the maglia rosa honouring the prestigious tunic by going on the attack and showing to the whole world he is ready to fight until the last ounce of energy to hold onto his iconic jersey. Despite his young age and lack of Grand Tour experience, João Almeida demonstrated that he compensates this with endless exuberance and ambition, two key factors that have made him the revelation of the 104th Giro d’Italia.

For the umpteenth time since the start of the race, the 22-year-old Deceuninck – Quick-Step rider displayed his eye-catching natural aggression, capitalising on his teammates’ excellent work, who on Tuesday protected him throughout the day and made sure of delivering him in a perfect position on the punchy finish to San Daniele del Friuli, which last year was used in the Giro della Regione Friuli Venezia Giulia.

Shortly after passing under the flamme rouge banner, the Portuguese came off the wheel of James Knox, exploded away from the rest of the riders and continued full gas until the line. This show of intent gave the overall leader a boost of confidence and brought him a gain of two seconds over his nearest rival on the general classification ahead of the Madonna di Campiglio summit finish.

“It wasn’t the plan to attack, but sometimes the best way to defend yourself is by going on the offensive and today was one of these days. The feeling was good, so I just went, especially as the explosive finale was to my liking. I know I took only two seconds, which don’t change much, but it was an important move for my morale”, said a smiling João, who once again praised his teammates for their admirable job.

“They were great today! All the time around me, then setting a tempo that prevented attacks on the final climb and doing a perfect job in the last kilometers. I know that another difficulty awaits on Wednesday, but I am ready to continue fighting and hopefully I will have the same good legs”, said Almeida, who became the second rider in the history of Deceuninck – Quick-Step to lead a Grand Tour for 14 days, after Julian Alaphilippe at the 2019 Tour de France. 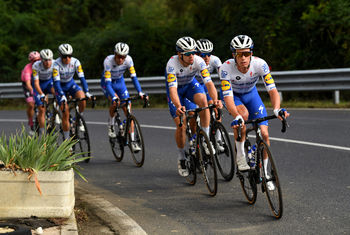