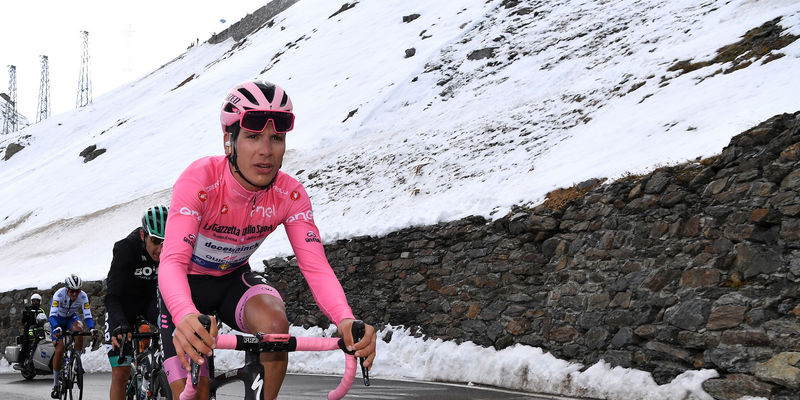 João Almeida’s reign in the coveted pink jersey came to an end on the ruthless gradients of the mighty Stelvio, but not without a brave fight, that earned the 22-year-old legions of new fans. Over the past two weeks, Deceuninck – Quick-Step’s Grand Tour debutant perfectly embodied panache and the never-say-die Wolfpack spirit, which saw him pass some stern examinations in Valdobbiadene, Piancavallo and Madonna di Campiglio and write history with each day spent at the top of the general classification.

The overall leader knew that it was always going to be a tough ask to keep his position after Thursday’s stage, which featured the Stelvio – the climb that achieved legendary status after Fausto Coppi’s outstanding exploits at the 1953 edition – but he kept producing a valiant effort after getting dropped with 50 kilometers to go and show the same grit and determination that have carried him to top of the Giro d’Italia.

The U23 rider with the most days in the maglia rosa (15), João didn’t give up after losing contact on the punishing double-digit gradients of Stelvio and continued to push on, despite becoming aware that his pink dream was coming to an end with each kilometer. Almeida put himself deep in the pain cave and with the help of Fausto Masnada continued to soldier on, even clawing back time on the long descent to Laghi di Cancano, the last climb of the stage, used for the first time in the race. 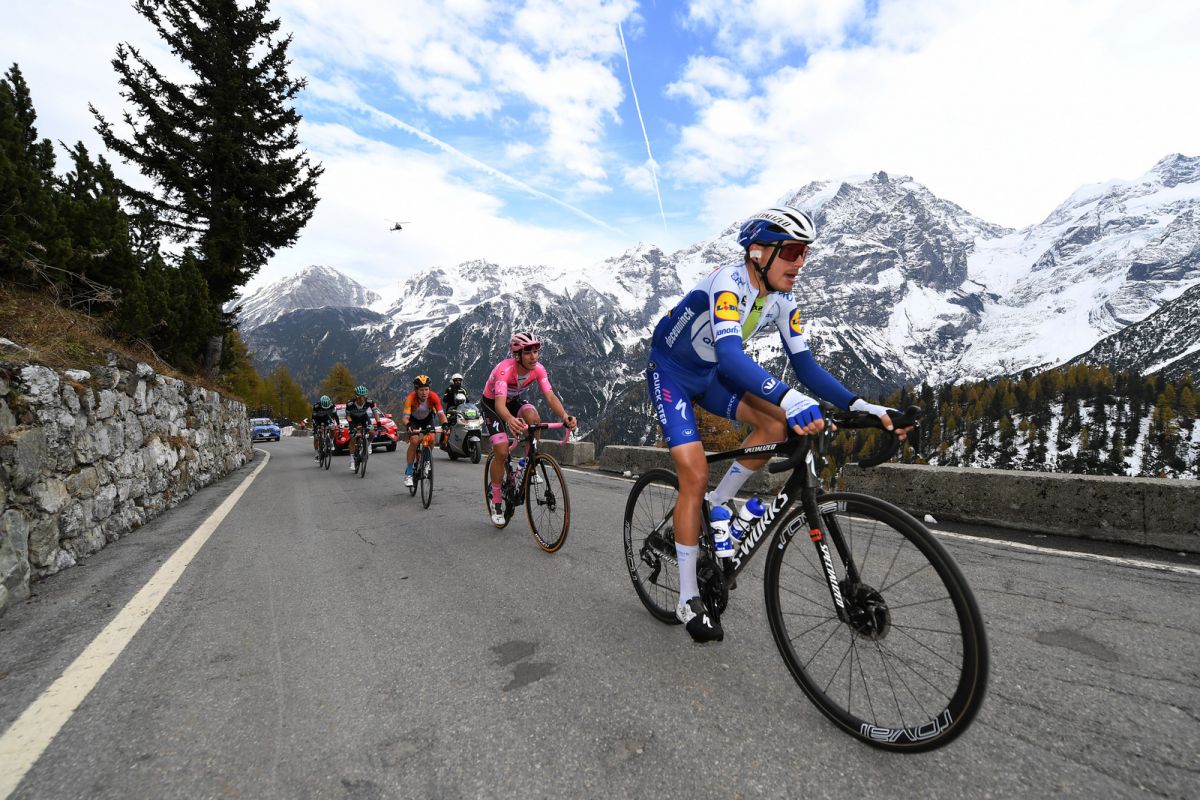 Eventually, after leaving it all out there on arguably the hardest day of the season, he concluded stage 18 in seventh place, almost five minutes down on winner Jai Hindley (Sunweb). Despite being divested of the pink jersey he was wearing since Sicily, João put on a brave face at the finish and drew plenty of encouragement from his lengthy spell in the lead.

“Today was very hard. Others were stronger, I’m not yet at their level yet and there wasn’t too much I could do about it. I was pretty much on the limit halfway up the climb, so the only thing I could do was ride at my own pace. On the other hand, being in pink on the Stelvio was really special, despite losing first place on the GC. It was also every emotional, as my family and a couple of Portuguese fans were at the top cheering for me.”

“I am a bit sad not having this iconic jersey anymore after more than two weeks, but at the same time happy of what I achieved and proud that I had such a great team by my side, which helped me live the pink dream. I don’t know what this race still holds for me until Milan, but I’m ready to do my best”, said João, who continues to be Deceuninck – QuickStep’s best placed rider in the general classification, where he sits in fifth with just three days to go. 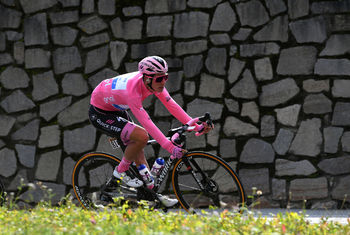