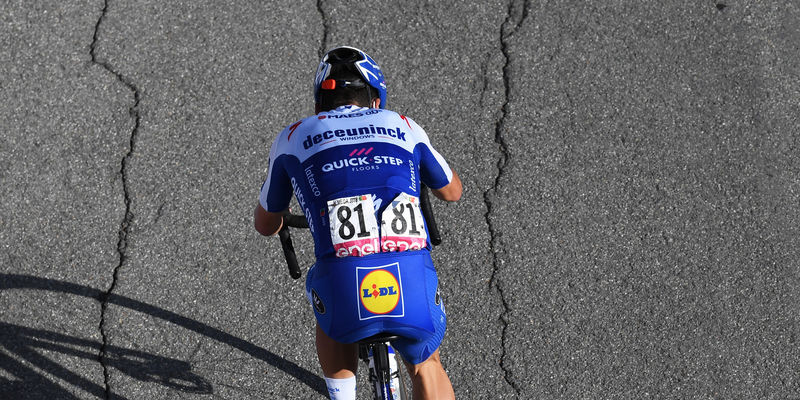 João Almeida ended the Giro d’Italia on a high note, taking fourth on the flat 15.7km-long individual time trial in Milan and moving up one place in the general classification, a result which no one would have imagined when the race started in Palermo three weeks ago. A World Tour rookie which was originally supposed to race the Vuelta a España, Almeida was drafted into Deceuninck – Quick-Step’s team for the Giro d’Italia after an amazing second part of the season – garlanded with podium finishes at the Vuelta a Burgos, Giro dell’Emilia and Settimana Internazionale Coppi e Bartali – and made the most of this opportunity.

His stunning run began with an unexpected runner-up place on the opening stage and took on a completely new dimension when Almeida donned the iconic maglia rosa atop Mount Etna. From then on, he kept on hitting new heights while breathing panache and turning heads with his aggressive style of racing. To top it off, Deceuninck – Quick-Step’s Grand Tour debutant – just the third Portuguese in history to lead the race – wore the pink jersey for 15 consecutive days, an all-time record for an U23 rider in the entire history of the Giro d’Italia.

His race was already immense coming into the final day, but João was motivated for one more strong showing and he delivered it in Milan, confirming he was one of the Giro’s stars. Fifth overall at the start of the time trial, Almeida produced a flying ride, concluding the day just outside the podium, further underlining his unbelievable consistency, which saw him place inside the top 30 on all 21 stages of the race. This tremendous performance helped him overcome a deficit of 23 seconds and lifted the 22-year-old to fourth overall – Portugal’s best ever result at the Giro d’Italia.

“I can’t put into words how happy I am, this is incredible, something I would have never dreamed of. My goal three weeks ago was a top 10 finish, so the be fourth on the GC of this beautiful race is simply mind-blowing! This wouldn’t have been possible without the help of my Deceuninck – Quick-Step teammates and staff, who have shown at all times the amazing Wolfpack spirit and to whom I am very grateful”, an over-the-moon João said in Milan.

“I discovered a lot of things about me here, I pushed myself mentally and gave everything every single time. I leave this hard race with many beautiful memories, the best of these being the day when I seized the maglia rosa on the Etna. I am still young and will see what the future holds, but what I can tell you now is that one day I hope to wear this iconic jersey again.”

Almeida was one of the three Deceuninck – Quick-Step riders to finish the race in the top 15 overall. Newcomer Fausto Masnada was ninth – his best result in three participations – while James Knox took 14th, their results helping our squad cement its position at the top of the World Team Ranking. 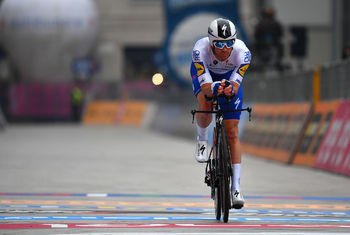