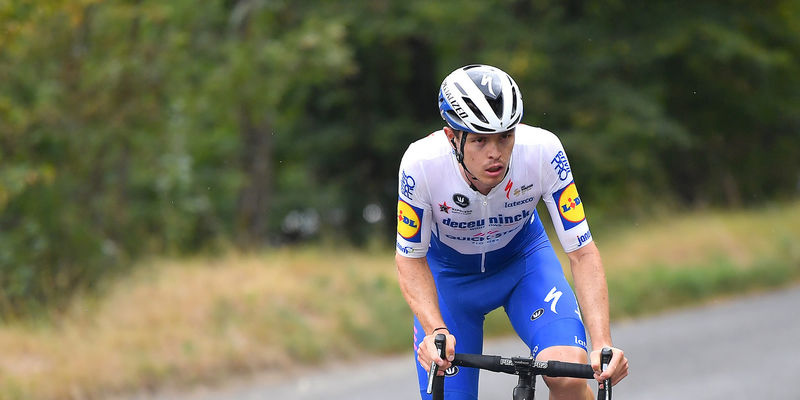 Run over just five days this year, the Critérium du Dauphiné has been labelled by many as one of the most brutal races of the season, packing 27 classified climbs and more than 18 000 vertical meters. Maybe for that reason, just five men jumped away from the peloton in the first kilometers of stage 1, but after just two hours of racing, only one of them remained off the front, his gap – controlled at all times by the bunch – hovering around three minutes.

Hailing from Clermont-Ferrand, the start venue of Wednesday’s stage, Rémi Cavagna went on the attack with 20 kilometers to go, just as the pack was closing in on the sole leader. The Frenchman, victorious in February at Classic Sud-Ardèche, caught Michael Schar (CCC) and continued by himself until the Côte de Leymieux, the last classified climb of the stage.

Several attacks were launched inside the last two kilometers, but despite these efforts, the winner emerged with only 100 meters to go, when Wout Van Aert (Jumbo-Visma) outsprinted Daryl Impey (Mitchelton-Scott) and Egan Bernal (Ineos). Julian Alaphilippe, who is racing the Dauphiné for the third consecutive year, was Deceuninck – Quick-Step’s best placed rider, finishing just outside the top 10 on the first of the week’s five exciting uphill finishes. 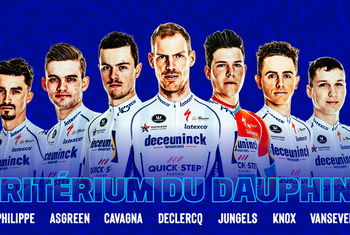 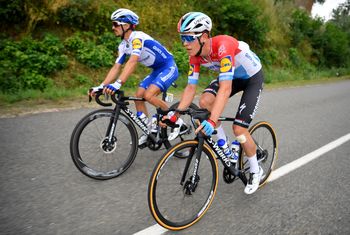