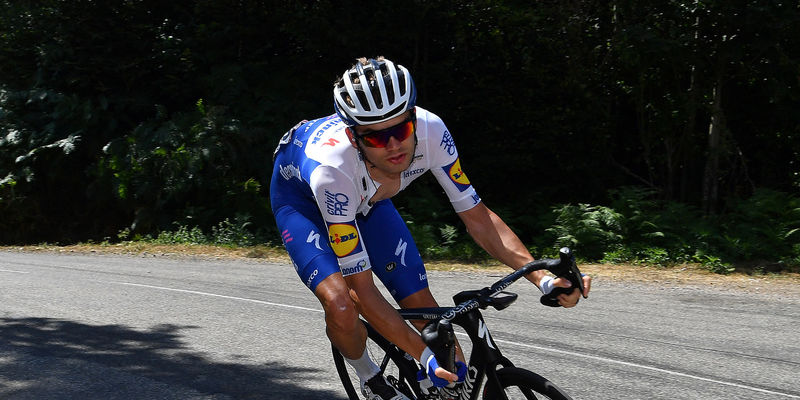 Our team rolled out of Vienne with just six riders, after a bout of vomiting during the night spelled the end of neo-pro’s Mauri Vansevenant race, but was prominent from kilometer zero, when Kasper Asgreen got infiltrated in the day’s break. Counting eight riders, the group powered ahead and opened a 3:30 maximum advantage, to which the reigning Kuurne-Brussels-Kuurne champion contributed by doing some long and solid pulls at the front.

Overhauled by a pack keen on not missing an opportunity to flex its muscles on the first mountain top finish, Asgreen was back in the peloton with just three kilometers left until the start of the Col de Porte. The 17.5km climb averaging 6.2% featured in the past also on the Tour de France, among the riders who crested it in the lead being Federico Bahamontes, Gino Bartali, Chrly Gaul, Eddy Merckx, or Luis Ocaña.

A double stage winner at the Critérium du Dauphiné, Julian Alaphilippe remained in the elite group until with six kilometers to go, when the gradients stiffened and a huge injection of pace at the front saw him lose contact. From the depleted bunch, Primoz Roglic (Jumbo-Visma) accelerated with 600 meters to go and took both the win and the leader’s jersey, while Julian concluded the day once again as Deceuninck – Quick-Step’s highest-ranked rider. 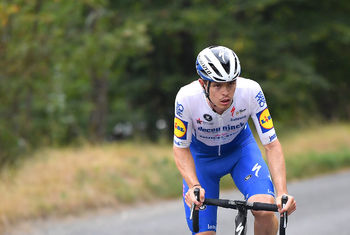 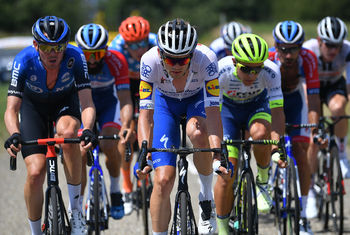